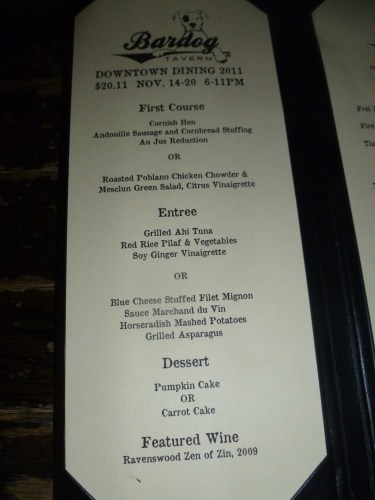 The blue cheese stuffed filet had actually been replaced by a flatiron steak topped with blue cheese, but that was fine with me. I ordered that, along with the Cornish hen as the appetizer. Here’s the Cornish hen: 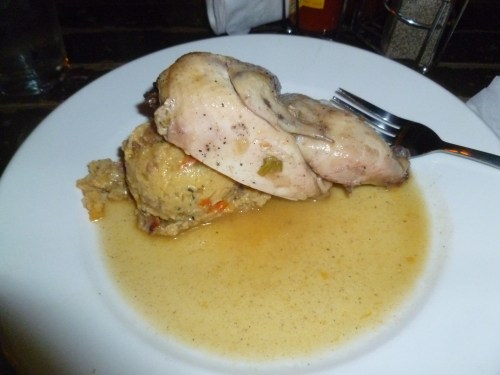 The stuffed Cornish hen was delicious, and despite being an appetizer was bigger than the entrees many of the Downtown Dining Week restaurants served. Next came the main course: 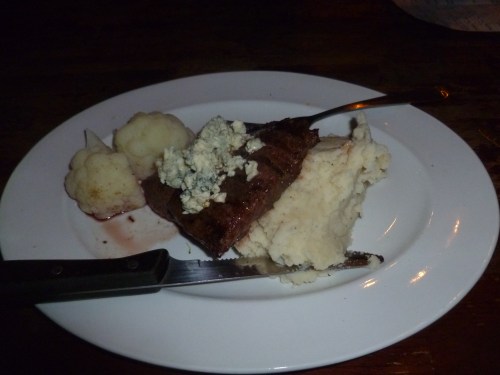 Blue cheese topped flatiron steak, cooked medium rare at my request, with mashed potatoes and cauliflower. As I took the first few bites of steak, my friends showed up and we moved to a table. I apologized for not waiting on them, but they all agreed I made the right move by ordering before the DDW menu was gone.

So, as I was eating my steak, guess who showed up and sawed off an entire quarter of it to “sample?” 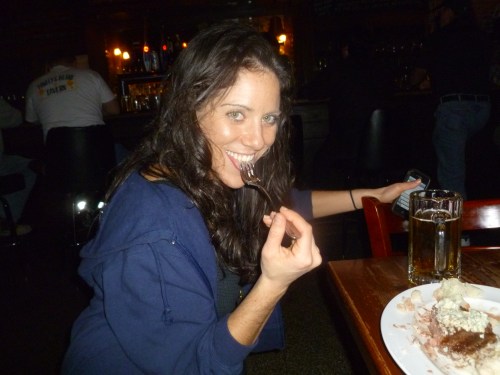 She hasn’t appeared in the blog lately, but yes, the Nuh-Uh Girl is still out eating off other people’s plates. I wonder how many Downtown Dining Week menus she tried last week? Usually the count is about 9 or 10. If you add in other people’s food “samples,” it’d probably be up around 20. 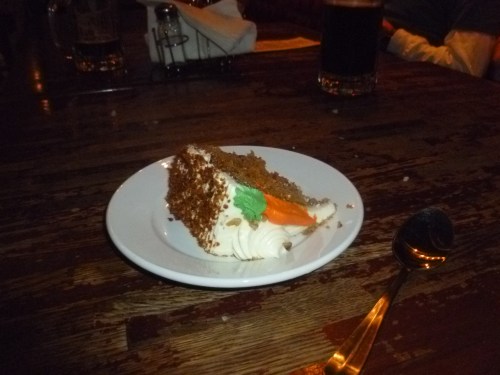 My friends missed the DDW menu and ordered off the regular menu, but they didn’t seem to mind. 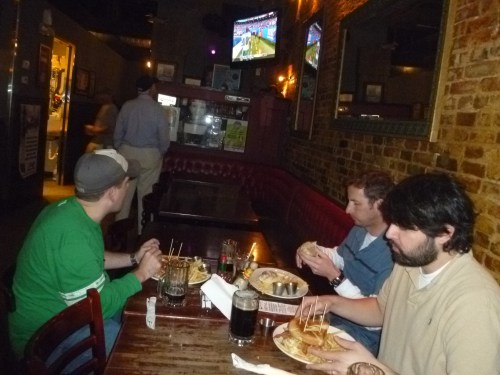 Two of my friends washed down their dinner with a shot of Fireball: 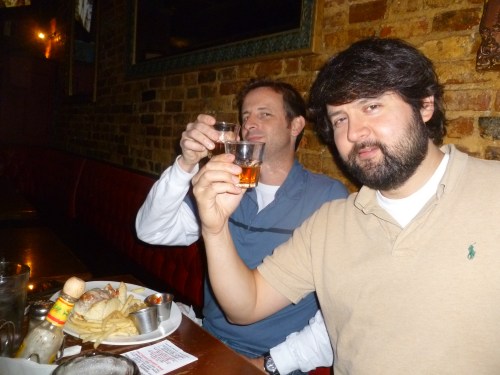 A few days before, I’d been discussing the menu with executive chef John Haley. “Really?” I expressed my surprise. “You’re going to offer a Cornish game hen as an appetizer? And a steak? For $20.11, how are you going to make any money off that?”

“We’re not trying to make money off it,” John said. “We’re doing it as a thank-you for our customers who have been there for us for three years.” They were also hoping to get a lot of new customers in the door, who’d never been to Bardog before, and who hopefully would be impressed enough with the place to come back. That’s what Downtown Dining Week is all about.

Downtown Dining Week has wrapped up, except for Chez Philippe, which will be offering their DDW menu Tuesday and Wednesday from 5 to 10. From what I saw, it looked to be another successful year. Hope they do it again in 2012!