I spent the second weekend day in a row at Barton Flats yesterday. We had a paella party with our friend Mardoqueo, who is visiting from his home in northern Mexico, wearing the chef’s hat. 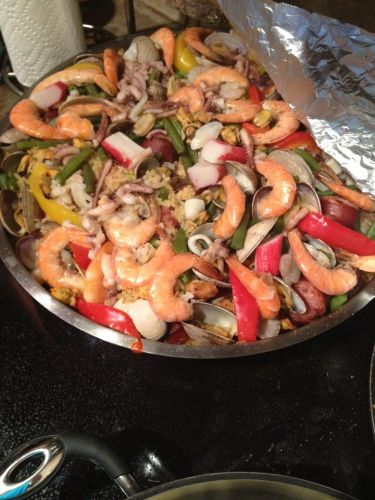 Kao (short for Mardoqueo) explained that paella is a Sunday dish. You take whatever is left over from the rest of the week and make a meal of it. It’s originally a Spanish dish, interpreted by many of the Spanish-speaking countries. The last time I had paella was a Cuban restaurant in Atlanta’s Little Five Points district in 1999. 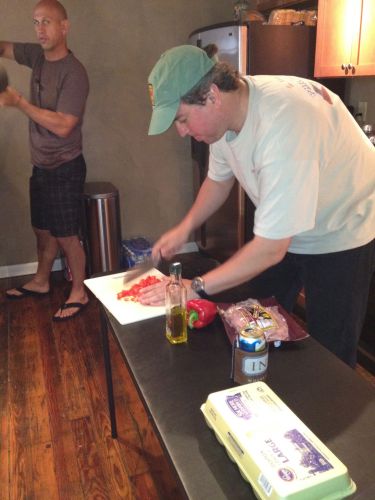 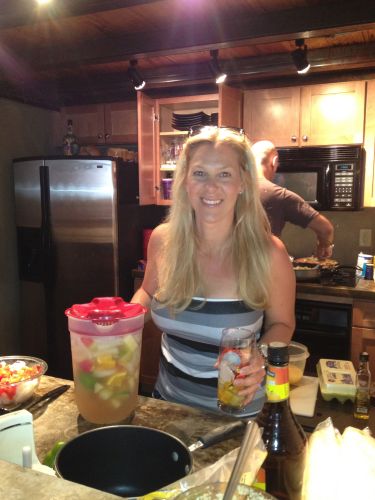 Nikki getting ready to pour sangria. You can’t buy wine on Sunday so we made PBR sangria. 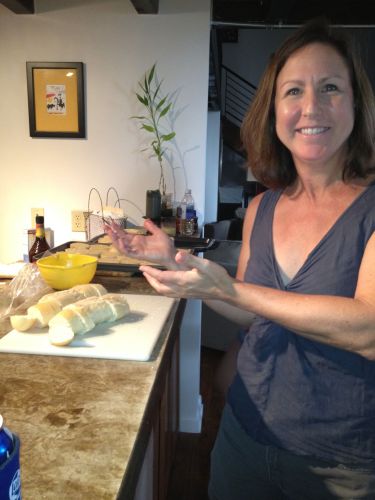 Robin cut up the bread. “Look at me. I’m COOKING!” 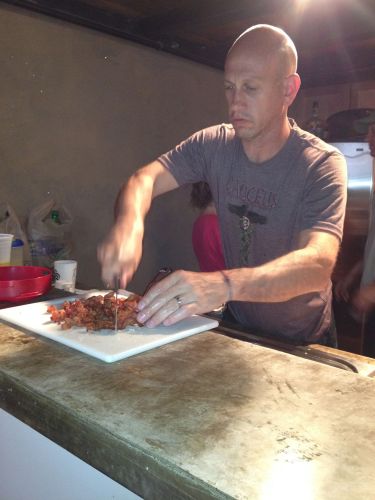 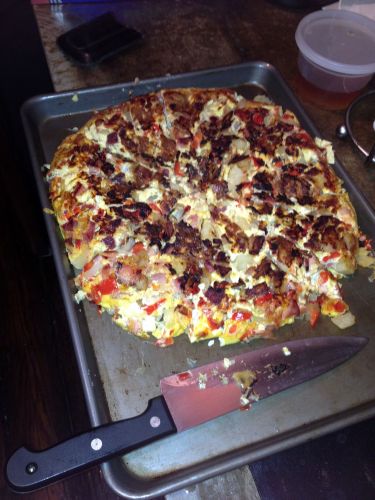 This was the side dish, an egg-based “torta” with everything but the kitchen sink thrown in. I commented that it looked like the Mexican version of egg fu yung, and Chef Kao didn’t disagree. 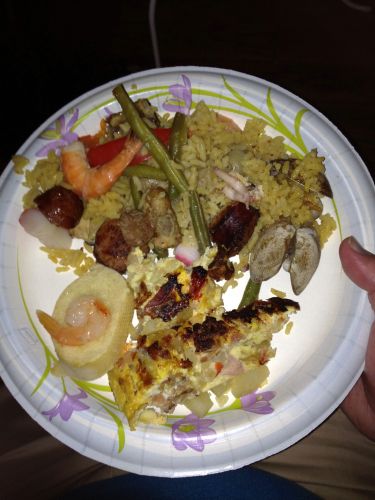 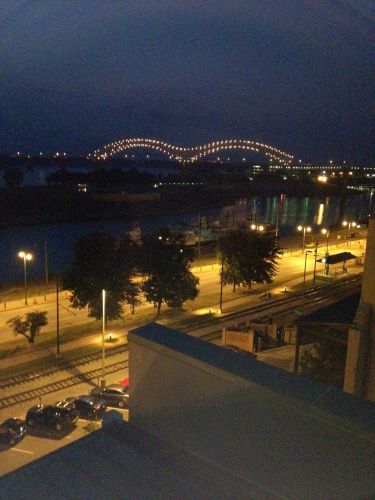 All right. Before I continue I just have to mention that my friends Chad and Nikki, who own the condo in Barton Flats where we hung out, have the coolest kids ever. And I normally hate kids. Their oldest, Elsie, had a Kindle Fire on the rooftop and I helped her and her friend play the guess-the-corporate-logo game.

Also, for the first time in my life, I saw the value in having kids. After we got done eating, the place was messy, with dirty dishes and beer cans all over the place. I figured we’d have to take an hour cleaning the place up before we could go out and hit the bars. But Nikki turned to Elsie and said, “If this place is clean when we get home, I’ll give you and your friend $10.” They were ON IT. Oh my God that was just brilliant. They should start a rent-a-kid service.

So, we went to the Bear, then the Saucer, but not much was happening at either place. So we went to the Silly Goose next. The Goose has a Foursquare “mayor” who defends his mayorship almost as religiously as I do the Saucer. However, last night the mayor couldn’t be there due to other obligations (I hear he may have been watching a Tosh.0 marathon). So I appointed myself mayor pro tem for the evening. 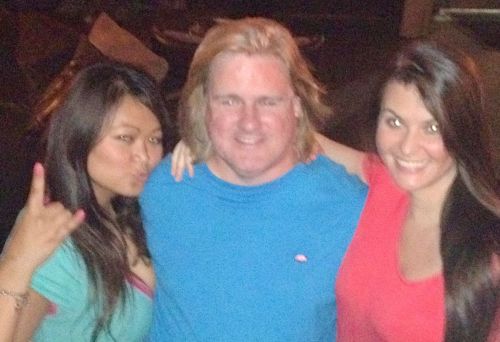 Bee and Nikki with the mayor pro tem 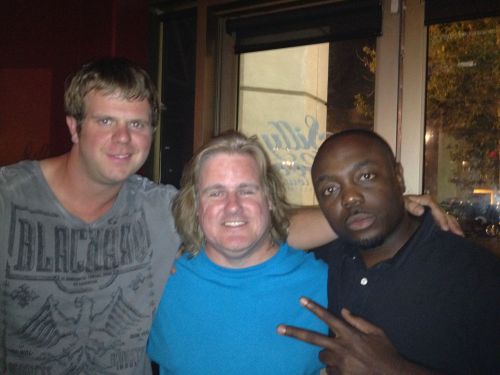 Clint and Joe with the mayor pro tem 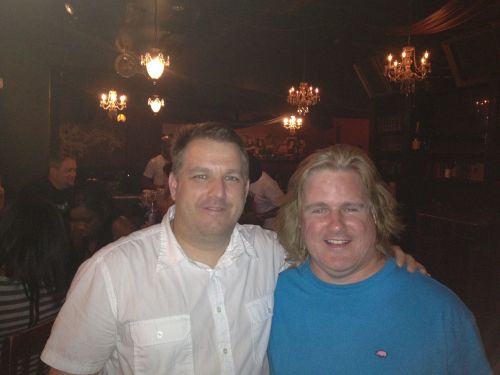 Cerha with the mayor pro tem

Most in attendance seemed to agree that the regime change was refreshing, if only for one night. Things had gotten rather stale under the real mayor’s reign.

Plans for today: It’s a Monday off, so I’m thinking Pint Nite at the Saucer around 2, after I get a couple of errands done. Cerha (pictured above) is playing poker at the Goose for the first and last time as part of his bon voyage tour, so I’ll be there for sure at 7:30. I’ll warn Poker Jon in advance that I plan to be on my worst behavior, even though my reign as mayor pro tem will have expired by the start of the game. It’s Memorial Day. Let’s honor our veterans properly by drinking beer!