Okay, I feel really bad right now. It’s about 9 Saturday morning and our team treasurer Frank just sent out an email. Our booth is “an unholy mess” right now and judging is in two hours. He needs help immediately. Now, you all know what a hard worker I am. I want to be down there cleaning up the beer and mud so bad. But there are only so many 24-hour park passes allotted per team, and I don’t have one. So I can’t get down there to work. I have to wait until the park opens at 10, and actually I can’t go then either because I have to check and make sure everything is under control at the Flying Saucer when it opens at 11. Not being able to be there for my team is a terrible feeling.

An example of my hard work happened yesterday when the ice truck came by. The woman driving the truck saw me standing near the front of the booth and yelled, “DO YOU NEED ICE?” I pointed at Frank, who proceeded to buy 8 bags, and he and John D carried them in as I took another sip of beer and checked Facebook on my phone. That was a total team effort making that ice purchase.

All right, let’s take a look at the camera so I can remember what happened yesterday. 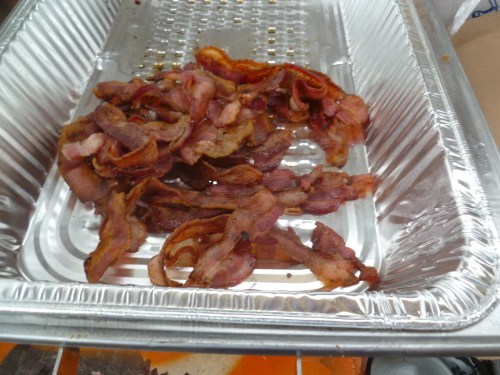 I got to the booth about 11:45 and breakfast was being served. I am really digging this concept of “something to eat in the booth before 7 PM” which is a new and different thing for the team this year. Above: Bacon. Not pictured: Sausage, English muffins, hashbrowns, eggs. 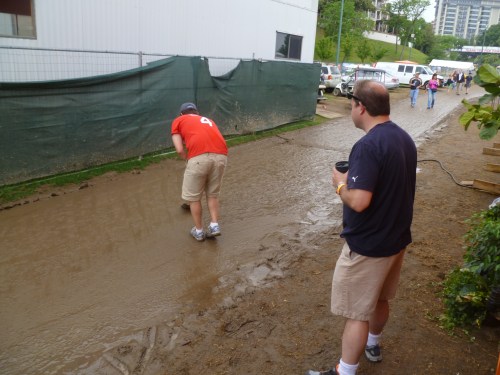 Another example of Moody Ques teamwork at its finest. Frank and John D shoveled the mud off the sidewalk while I stood there and took pictures. 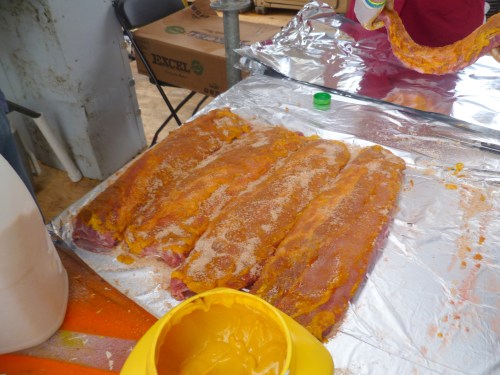 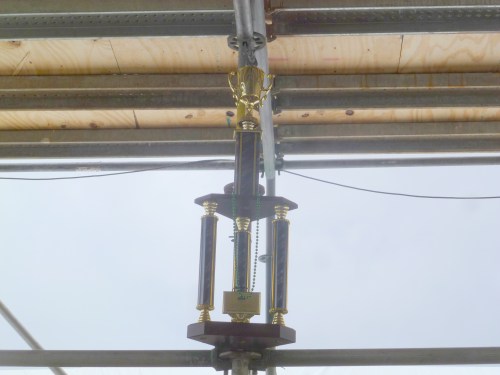 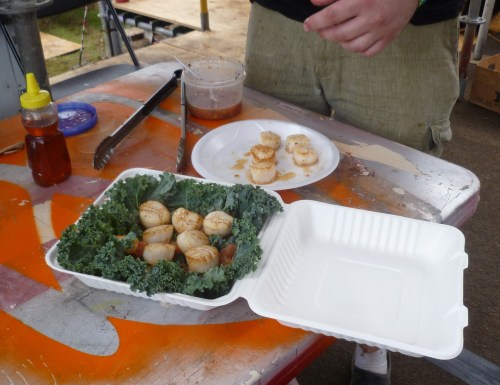 Our entry for Seafood 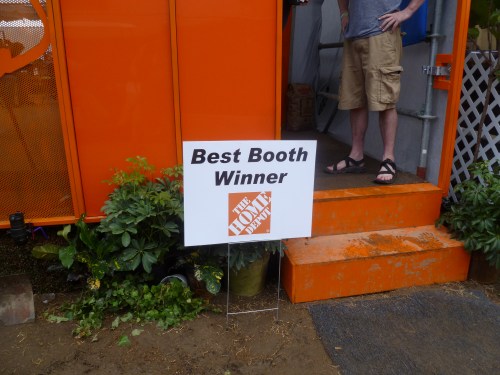 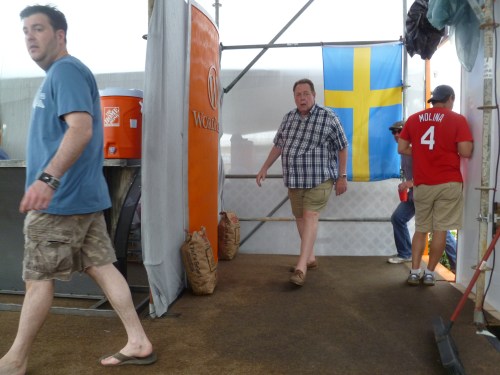 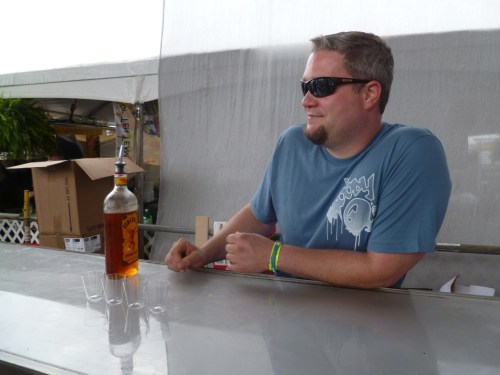 There was plenty of Fireball in the booth. 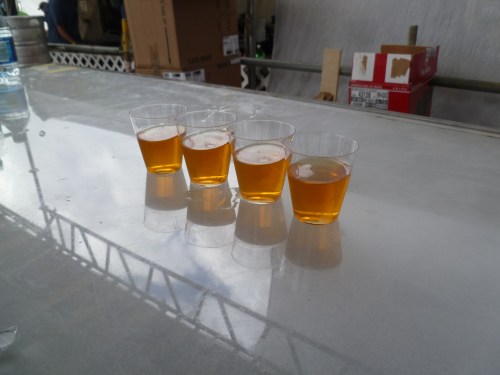 Mid-afternoon four of us made a call to Air Traffic Mike‘s 1-800-BAD-IDEA hotline. 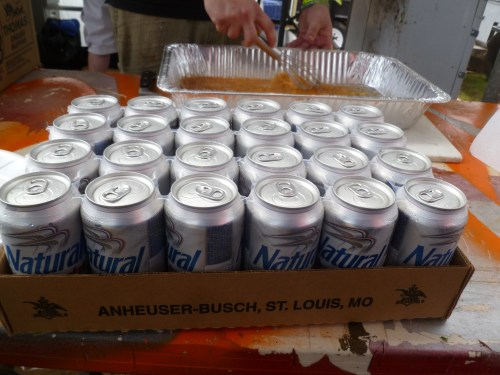 Only the finest ingredients for our beer-can chicken. 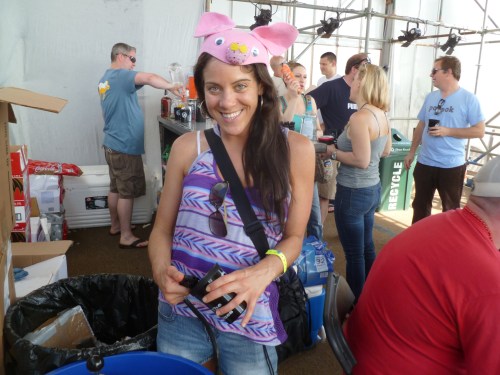 The Nuh-Uh Girl wearing her dinner 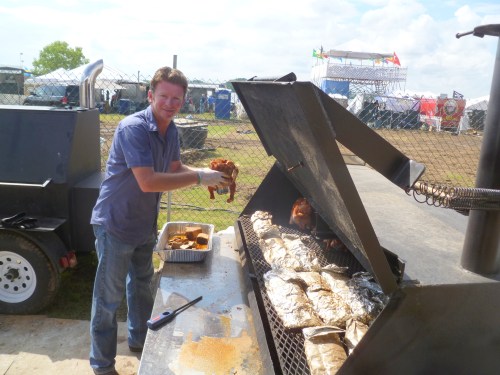 Corey putting the beer can chicken on the grill 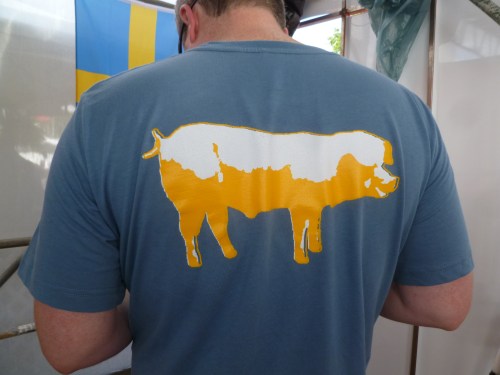 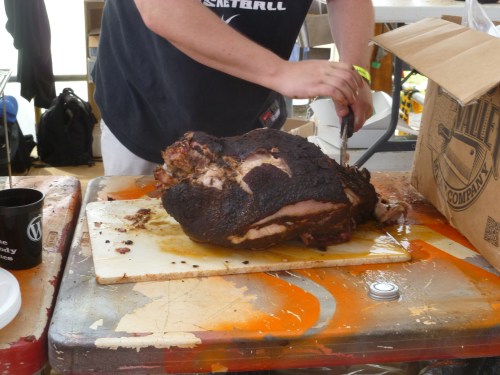 As with any competition, practice is important. This was our “practice shoulder” which came off the smoker yesterday. 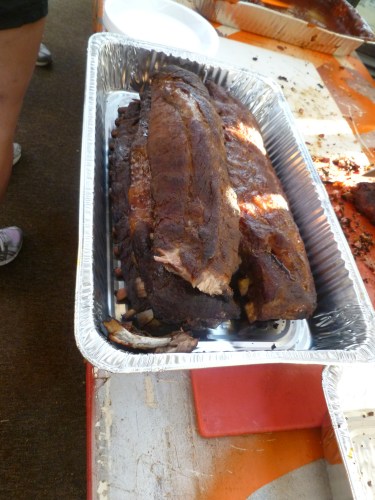 Ribs, fresh off the smoker. 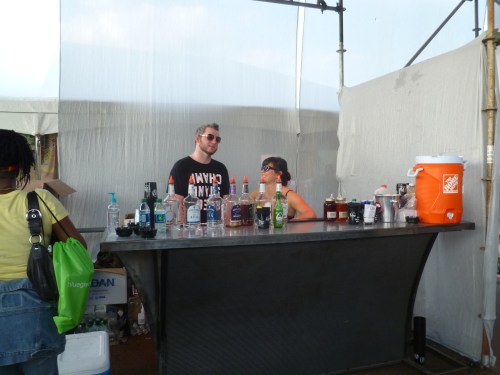 If there were a trophy for Best Bartenders we would have won it. 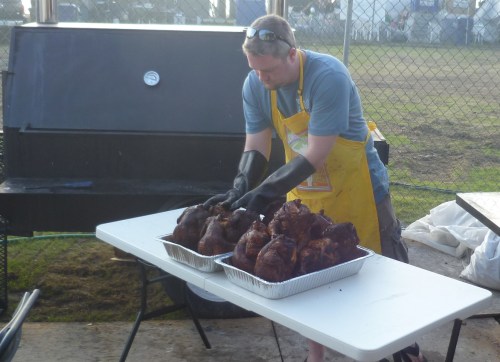 Dusty getting ready to serve the beer-can chicken 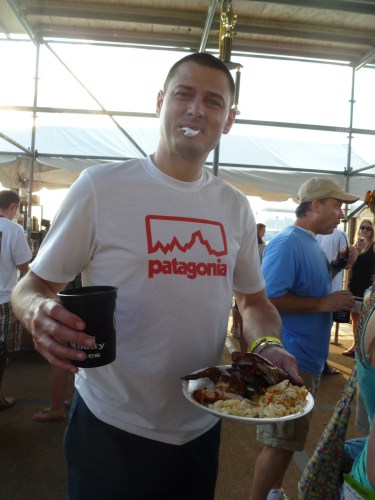 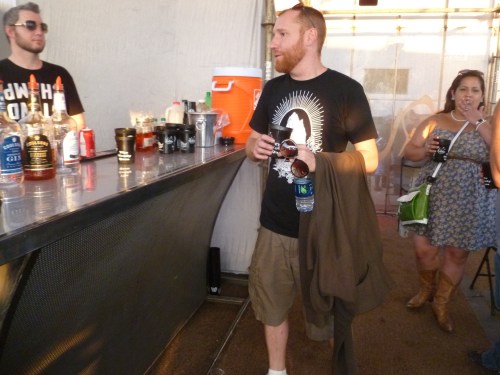 So, among all the drunk photos there is actually going to be some useful information in this post. This is Craig and he writes a blog called Memphis Que. There is a lot more BBQ to eat in this city than Corky’s and The Rendezvous, and Craig is your guide. 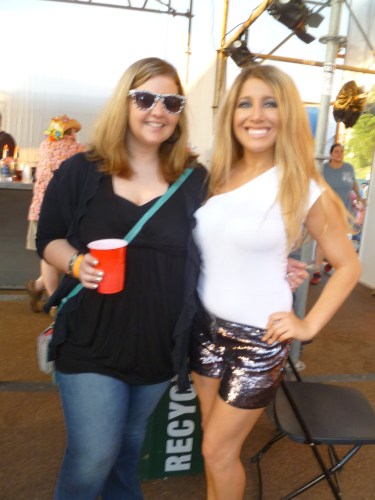 Katie Mac and a rack, part 2. Normally I make fun of people who wear heels to BBQ Fest, but I’ll give Val a pass on account of Val’s hot. 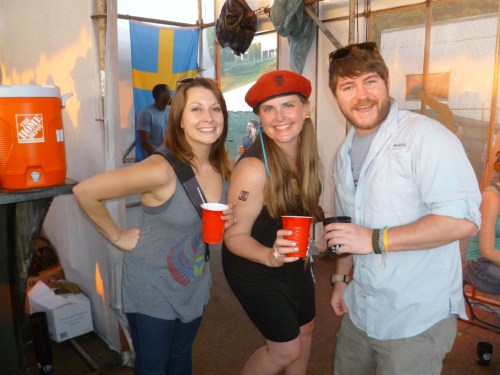 Early in the day Krista (in the middle, with beret) came by and congratulated us on Best Booth and I thought to myself, “Is that the really loud girl who hangs out with Ashley?” Later in the day she came back and commented, “You only recognize me when I’m with Ashley.”

Full album (115 photos) here. You may notice that in all the pics that made the blog, the sun is up. That is because the after-dark pictures (with a couple of exceptions) are REALLY, REALLY BAD. We’re getting to that point of BBQ Fest where the patrons are as messed up as the park is. I am worn out and need a vacation from my vacation. I may have to call in to work Monday with some lame excuse like “my dog died” or “I forgot to put gas in the car and now it won’t run” or “Bill the horse stepped on my foot” so I can get some rest.

It’s not over yet though. The judges come by the booth at 11 to sample the championship shoulder. Awards ceremony is at 6. We also have a blogger from Serious Eats coming today. Time to put an exclamation point at the end of an awesome year at Tom Lee Park.