In past years, one of the most painstaking operations for the BBQ team has been lighting the smoker. Not anymore. We got ourselves a new toy.

The team bought a flamethrower that reduced lighting time from 30 minutes to 5 seconds. Here’s a video.

It’s a good thing that we have mature, responsible people on our team who don’t do any stupid shit when we’re drinking. In the wrong hands that flamethrower could be dangerous. Our team president Moody, a lawyer, commented that we need to make a list of people who are authorized to use the flamethrower. Yes Moody we will be sure to do that. Then we will print the list out and set it on fire with the flamethrower.

We had a meeting in Midtown – yes, I actually left Downtown on a weekend – yesterday, at our booth designer Brent’s house. He has a beautiful home and a large back yard, and it was a perfect place for us to get together. You know, I’m friends with the leaders of another BBQ team, Squeal Street, and I hear them talk about their plans, especially on Melissa Mondays at Bardog. I hear them say things like, “Yeah, we have a team meeting this weekend, better run to West Memphis Wal-Mart and pick up a couple of 30-packs of Miller Lite.” This is what the big boys drink at team meetings: 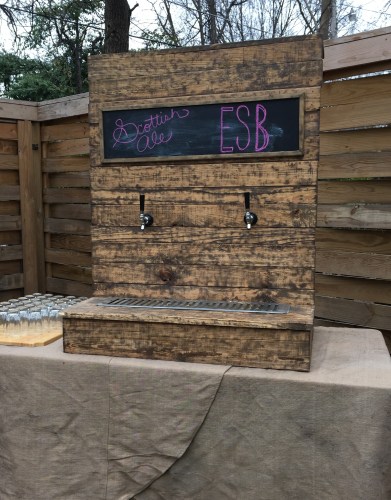 Yep. Two locally-made craft beers from downtown brewery High Cotton on tap. We had two of their main staples, the Scottish Ale and the ESB. Man that Scottish Ale was delicious. I will definitely be knocking that off the list for my next plate next time I am in the Flying Saucer. Anyone up for a field trip to their taproom now that the weather is nice? It’s no farther a walk than Max’s and we do that all the time. It’s just the stigma a lot of us have that any point east of Danny Thomas is more or less a trip to China.

There wasn’t much of an agenda for this meeting. Rather, it was a chance for the team to get some cooking practice in, and for the team members, especially new members, to get to know one another prior to the festival. I am SO HAPPY we have started doing this. It builds team unity and gives everyone a chance to feel like a part of this team. 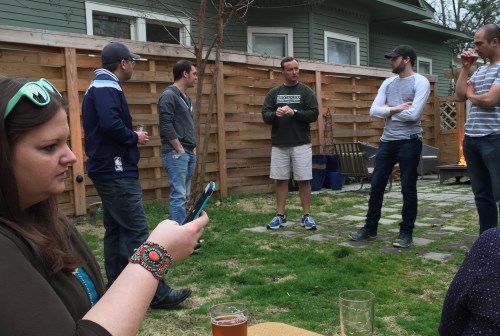 The team discussing targets for our new flamethrower. Foreground: Katie Mac, who was kind enough to offer me a ride to Midtown. Fire pit time. Back left: My down-the-hall neighbors Mary Ann and Peter, who I am super excited to have as new team members. Peter knows I don’t work Downtown, so every year he offers to get me gift cards at the Majestic’s annual half-off sale. 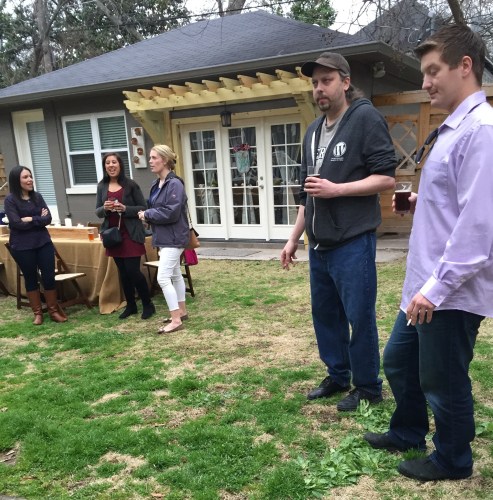 The team waiting for the meat to come off the smoker 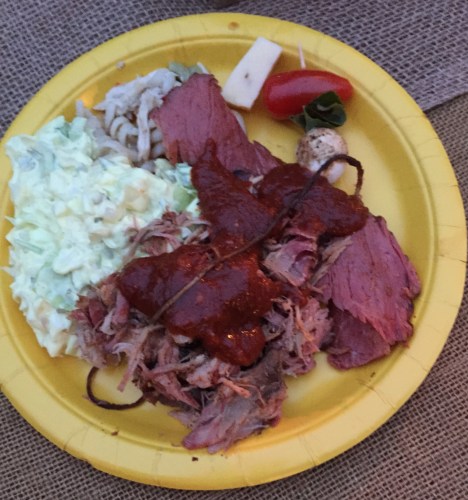 Some pigs dream of lying on a plate next to beef brisket, coleslaw, a piece of pepper jack cheese, and a red pepper. We saw the potential in the pig that perhaps the pig did not even see in itself. We truly walked a mile with Jesus yesterday. It was divine. It was a dead pig on a plate and it tasted damn good. (Squeal Street: Please note that there is no microwave popcorn anywhere on this plate)

Our sauce recipe is coming along nicely. Earlier this week it received compliments from someone who knows a thing or two about food – Shorty, who runs the pasta bar at the Silly Goose, who has been cooking at Owen Brennan’s for 22 years, and who is featured in this month’s Memphis Magazine. 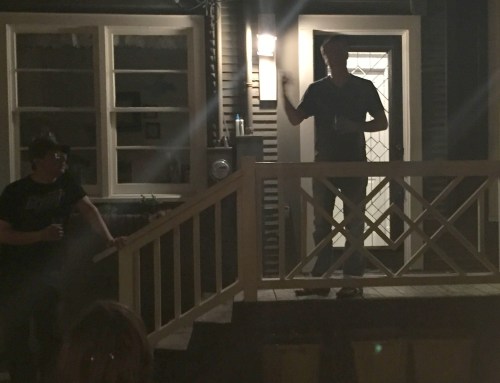 Acting president Clay addresses the team as head cook/treasurer Frank looks on. You know, I don’t hand out compliments easily, but I have to say that my buddy Clay is doing a FANTASTIC job running the team this year. In past years, around this time I have thought, “Yeah they say things are going well, but I still see five or six different ways the train could go completely off the rails.” This year I don’t have those reservations. We are on track for an awesome year. 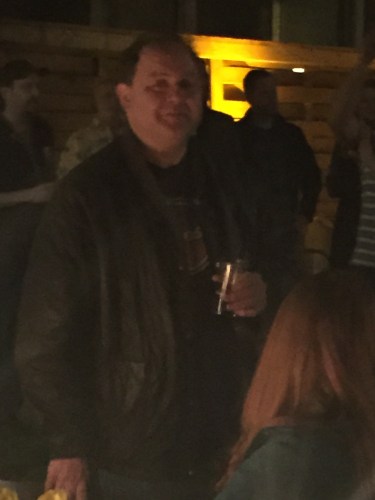 My “DAWG” John D tries some craft beer. Normally he’s a Bud Light kind of guy so it is nice to see him thinking outside the box. 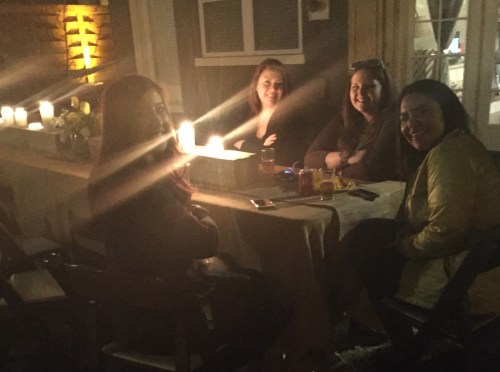 Shout-out to our teammates Nick and Sarah, who couldn’t make the meeting because they are about to become new parents. You were missed and we look forward to seeing both of you and the new addition to the family soon.

Whew. Yesterday kicked my ass. Usually I take a “halftime” nap on Saturday but yesterday there was just no way. I am going to take today as a recovery day. I am going to brew a fresh pot of tea, wrap myself up in my down comforter on the couch, munch on some Wheat Thins and gouda I bought at City Market, knock out a couple of chapters in the book I have been reading, watch 60 Minutes, and then call it an early bedti… AW FUCK THAT. If you really believe that’s the Sunday Fun Day I have planned, I have some crocodile-infested swamp land about 30 minutes south of Miami to sell you. I need to text a few people before I have the exact running order figured out for today, but two things that will be on the agenda for sure are D-RANKS with B-RAD at Blind Bear and (weather permitting) a trip south to Max’s Sports Bar. Hmmm… two-thirds of the group I used to refer to as Amateur Hour are working at South of Beale now… wonder if either of them is working today. If they are I may stop in. I’m trying to venture beyond my usual five bars. We shall see. Time to hit publish and get this ball rolling.