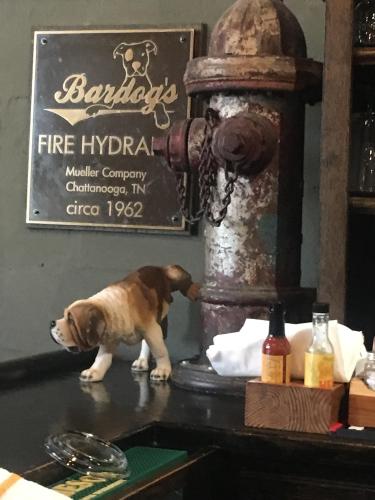 I have an idea for an infographic if anyone is looking for a project. Several years ago, I had this website called Mid-South Alcoholic Supply which was a storefront for booze-related products sold on Amazon. To generate interest in the site, I had listings of happy hours across the United States. Things like “$3 wells, $3 Fireball, $4 house wines 4 to 7 PM.” I would scour arts & entertainment magazines – equivalents of the Memphis Flyer – to find the listings.

However, as I added cities like Milwaukee and Washington D.C. to the database, I noticed something interesting. “$3 rails, $3 Fireball, $4 house wines.” Wells are called rails in certain parts of the U.S. I get it – the most inexpensive liquors sit in a well, rather than on a shelf – or they sit against a rail. In either case the liquors are easily accessible to the bartender since they are often ordered.

So here’s the idea for an infographic: Which cities say “wells” and which cities say “rails.” Yes there’s also “house” but I think that’s a universal synonym for either of the two in almost all cities.

This is not a Downtown event, but it’s pretty interesting so I wanted to include it. For years I have read about chan-no-yu, the ancient Japanese tea ceremony that has evolved over the past millennium. Perhaps its most well-known practitioner was Sen no Rikyu, tea master for the samurai Hideyoshi, in the 16th century. It is an expression of Japanese culture and beauty. On Saturday, June 24 from 1-3 PM, the Memphis Botanic Garden will offer a class on The Way of Tea exploring the ceremony. There is a $10 fee.

Ballet on Wheels performs Annie: The Dance-sical this afternoon at 2 at the Halloran Centre.

The Redbirds host the Omaha Storm Chasers this afternoon at 2:05 at AutoZone Park. Kids under 12 receive an ice cream treat and get to run the bases after the game.

Hotel Napoleon, the boutique hotel at Third and Madison a block away from the ballpark, has a special for Redbirds games: Get Kickin’ Chicken sliders and valet parking for $20.

Want to pay a lot of money to look at garbage and maybe get carjacked? The annual Trashion Show is today. People travel to 670 S. Fourth, one of the crummiest parts of Downtown, and pay $45 to watch people model outfits made out of recycled garbage. Or if you really want to waste some money, pay $65 to go VIP and get some champagne and a better seat.

Learn from my mistake: Yesterday I ordered the bacon cheeseburger pizza from Papa John’s. I had high hopes but that pizza was seriously not good. The base of burger sauce, as opposed to tomato sauce, just did not work. After several PBRs and a Fireball shot or two, I managed to get down two slices of the pizza, with the help of the tub of garlic sauce and the pepper provided by Papa John’s. This morning I microwaved a leftover slice and managed two bites before I was like, “No. I can’t do this.”

Off to D-RANKS with B-RAD for Sunday brunch at Blind Bear. Back tomorrow with more news.