There will be a dinner and cabaret show this Saturday, February 24 at Cafe Keough, presented by Kitty Wompas’ Cathouse. It’s $25, with doors opening at 6:30, dinner at 7, band at 8, and show at 9. Performers will include Le Tumulte Noir, Goldie Dee, Hoop Rebel, and Kitty Wompas. The show is sponsored by the Memphis Flyer.

The Beale Street Caravan radio show and podcast has uploaded its latest episode: Music from the International Blues Challenge 2018 finals. 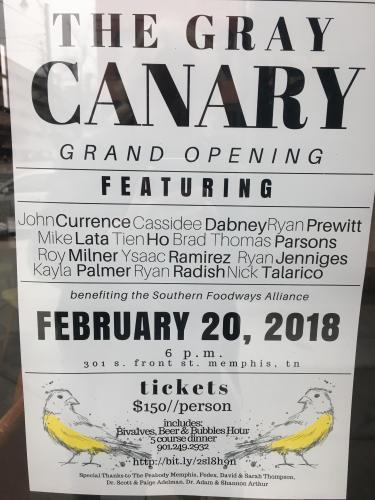 Daaaaang. WWE announced today that Jeff Jarrett, who cut his teeth in a wrestling ring here in Memphis, will be inducted into the WWE Hall of Fame. If you’re familiar with pro wrestling history, you know that is like hell freezing over. Jarrett held up the then-WWF for a $150,000 payday in 1999, refusing to drop the Intercontinental title before leaving for WCW if he didn’t get the money. In 2001, after buying WCW, Vince McMahon publicly fired Jarrett on two national cable networks. The following year, Jarrett and his father started the company that has most successfully competed with WWE this century. Strange that Vince McMahon did an about-face and put Jarrett in this year’s HOF class.

My troll is not alone. The folks at the Majestic told me they have a troll too, and it has yellow hair.

That’s it for now. Back tomorrow I hope.