I had heard so many good things about the oysters at 117 Prime that I had to go in yesterday and give them a try myself. 117 Prime is the new steakhouse on Union in the building that used to be Belle Bistro, and before that Rio Loco. They have 50 cent happy hour oysters every day from 4 to 7, including Saturday and Sunday.

I sat down at the bar and inquired how the 50 cent oysters work. “Do I have to order them by the dozen?”

“You can order in any quantity you want,” the bartender replied. “You can order one if that’s what you want to do.” I decided 18 sounded like a good number. That put me out a whopping nine dollars.

While I was waiting for my oysters to be shucked, I took a few photos of the restaurant and the bar menus. 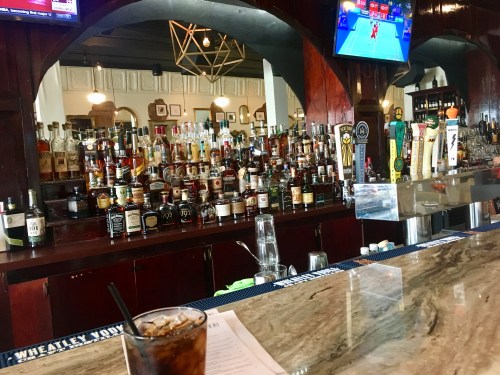 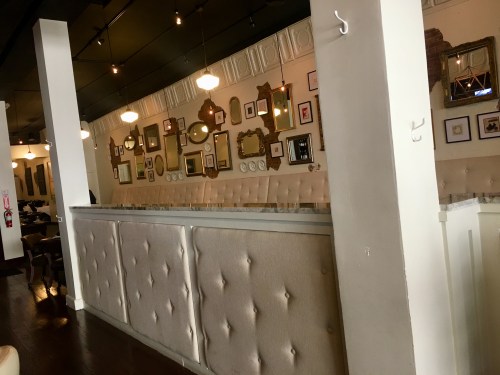 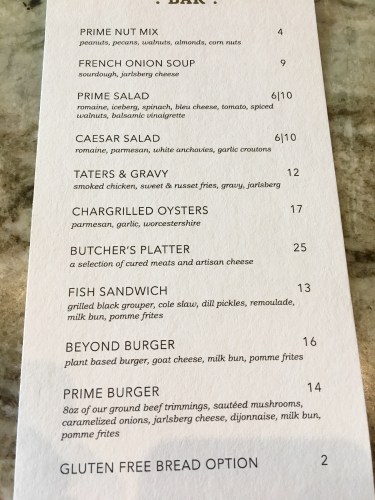 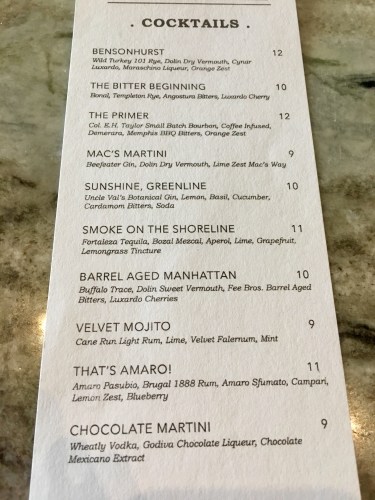 Click the menu images to view them in a larger size. You can view all of the menus on 117 Prime’s website.

The oysters came out a few minutes after I ordered them. 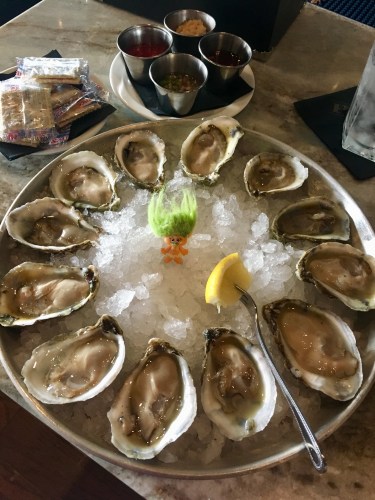 These were the first dozen, and the guy shucking the oysters brought out the other 6 a minute or two later. “These are Crimson Bay, Alabama oysters,” he told me. “I had to use two trays because these oysters are bigger than most.” He told me about the other types of oysters they carry, including ones from the east coast and the west coast.

Then he told me about the sauces that came with my oysters. There was cocktail sauce and horseradish, which are pretty standard at oyster bars. There were also two sauces called mignonettes. The ones they had yesterday were a jalapeno grapefruit and a red wine vinaigrette.

The oysters were outstanding, and I agree with something a friend of mine said, that they could charge $2-3 an oyster and people would still buy them. 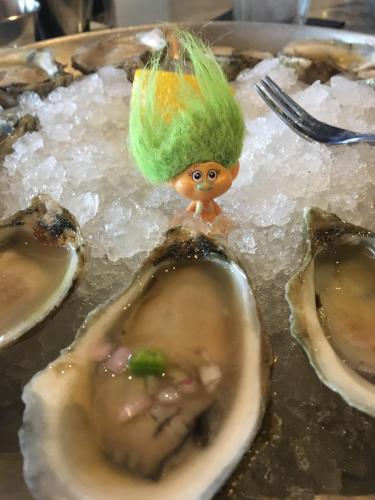 My troll really liked the jalapeno grapefruit mignonette because the jalapenos were the same color as her hair.

Fantastic experience and it lived up to the expectations my friends had set. If you like oysters, get to 117 Prime at your earliest convenience. You will be glad you did.

The Redbirds are back in town and it’s “Hit a Home Run for Reading” night tonight, sponsored by International Paper. Kids who completed the reading project earned a free ticket to the game and get to participate in a pre-game parade. Gates open at 6, first pitch 7:05. Sacramento is the opponent.

Tomorrow is National IPA Day and Memphis Made will celebrate with cans of Cat Nap IPA. This is the first time they have canned Cat Nap and six-packs will be available while supplies last when the taproom opens at 4. They’ll also have a keg of Hazing Brady, a New England IPA.

Max’s Sports Bar is putting together a 7-week cornhole league that will run Tuesdays from August 14 to September 25. Last day to sign up is Sunday, August 12.

Ghost River Brewing Co. will have a Crystal Method Hefe Release Party all day Saturday. A German-style Crystalweizen, this beer has some of the flavors commonly associated with a Hefeweizen; however, they are more subdued because the yeast is filtered.

I had a great time making new friends yesterday at Teryn’s bar at Bardog. One of my new friends said my blog, especially the food photos, helped convince him to move down here. That makes 15 people that I am aware of, for who my blog played a hand in convincing them to move to Downtown Memphis. So proud of that. Well, I’m proud of 14 of the 15. The 15th, let’s just say I wish she’d found a nice Nashville blog to read back in 2009.

That’s it for now. Back tomorrow.