The following was sent to me by one of my readers who lives in Uptown Square – he and his girlfriend have adopted a dog who was running loose in the complex, but they need to give him away. You see, their cat has had the run of the house for the past 12 years and apparently isn’t too pleased about his new roommate. If you’d like to adopt this dog, e-mail me and I’ll pass on your contact info.

Well, Leigh and myself rescued this little “Rascal”
over the weekend and we are both slowly falling for
him. He had been running around the Uptown Square
apartments for about a week and we were afraid he
might fall into the wrong hands. The only problem is
we have a CAT. Right now we’re making do with sharing
the apartment between the two but I don’t think it
will last long seeing our cat is pretty much spoiled
having his own place for twelve years.

He is a wonderful dog. Very tame, and has obviously
been owned by someone at some point. He looks to be
mix Pit/Shepherd. He does not have a mean bone in his
body. I figure he’s about nine months old and has had
his ears clipped.

We’re going to take him to the Vet this week and have
him checked with shot’s if needed.

If you have a day with not much going on with your
blog it would be great if maybe you could post this
pic and help us either find the owner or find a new
one. 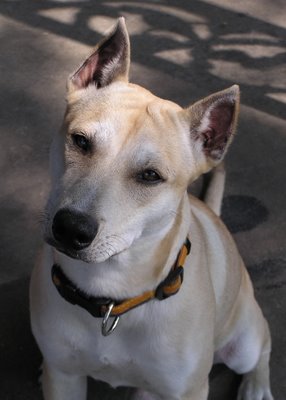 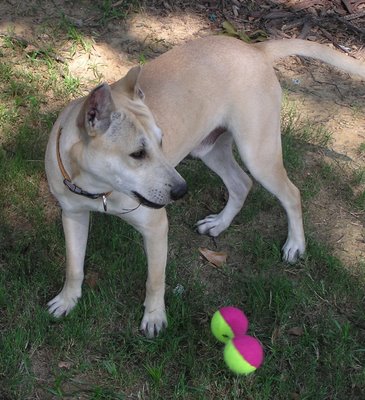