I started last night at Itta Bena, where bartender Sam was working.  Hang on, let’s post a pic of Sam: 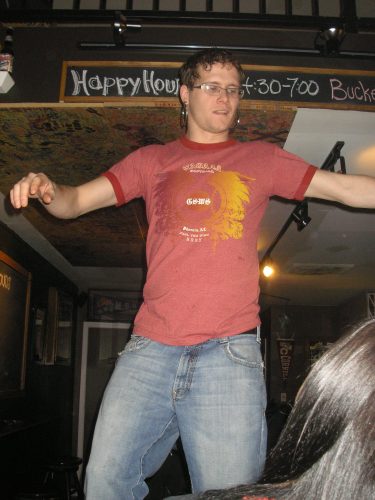 There ya go.  That’s Sam.  You may remember that Sam started a trivia team last year called “Suck My Blog” in an attempt to take down the greatest team in the history of trivia, the Rapscallions.  He failed miserably.  Then a couple of weeks ago he and a partner lost a pool game to Best Pool Partner Ever Lauren and me.  Well, last night Sam got to lose to me yet again.  He was playing with my phone and found a game called Bubble Breaker he’s played before.  I haven’t played it in more than a year.  So he challenged me.  Final score:

After leaving Itta Bena, I had safety patrol run a few bums off, then headed to the Saucer where I had to scan my UFO card one last time to see this on the screen: 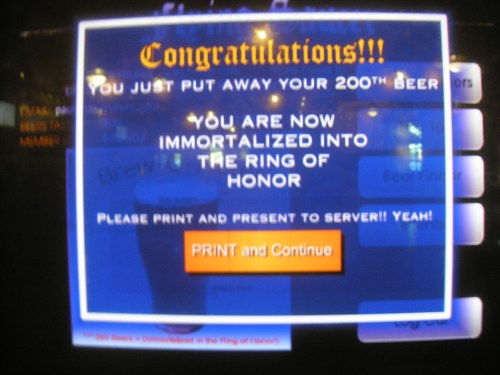 Yep.  It’s confirmed.  I’m done.  They gave me a form to fill out to plan my plate party.  Here’s what the form looks like: 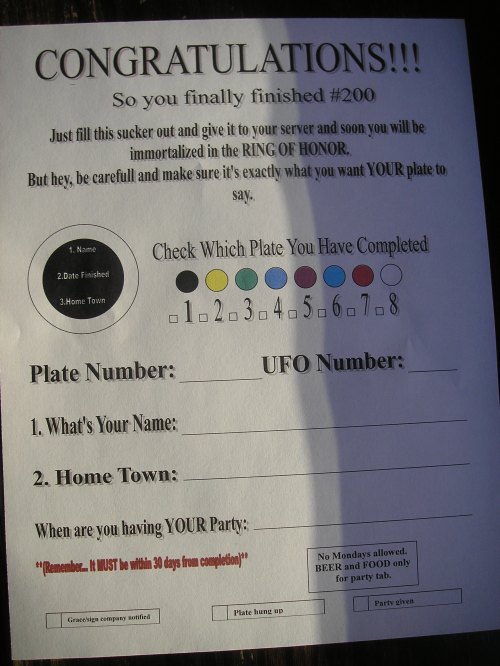 I requested a special slogan on my plate instead of a city, and the manager said no problem.  If you’ve ever read this blog you’ve seen the slogan.  If you can’t figure out what it is, I’ll post a pic of the new plate within the next 7 days after I have my plate party.

So I have a $100 bar tab to spend on the plate party, right?  Wrong.  The Rapscallions came into last night with $275 in trivia winnings, to be spent that night too.  So we have $375 to spend, right?  Wrong.  We added even more last night, as the Rapscallions dominated the third round and picked up yet another victory and $50 first-place gift certificate.  So our tab for the party is an enormous $425.

After trivia I rolled on to Calhoun’s.  They sell cans of Old Style for $1 a can during Cubs games, and after the game some of the people there decided to shotgun beers.  Here are some pics of that: 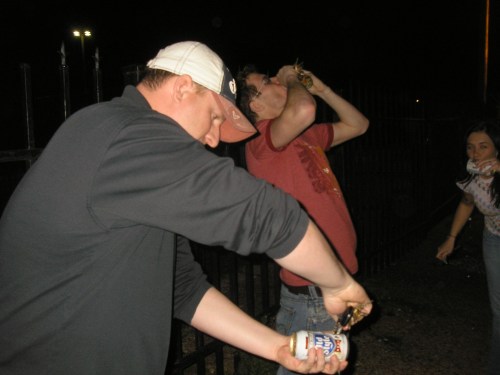 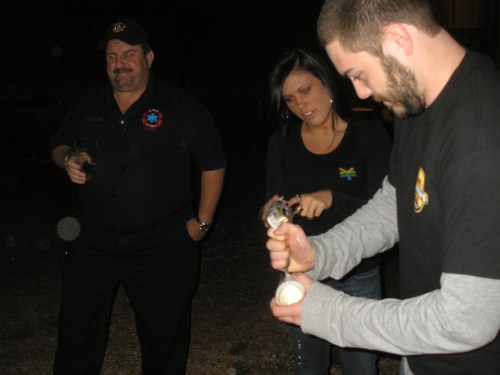 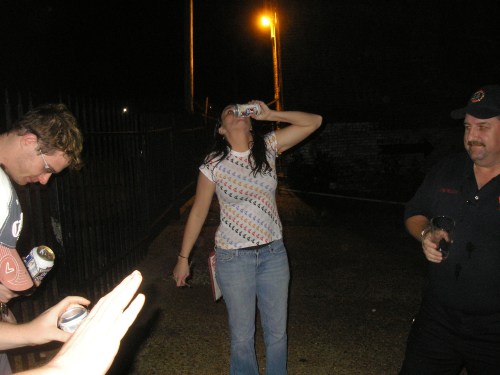 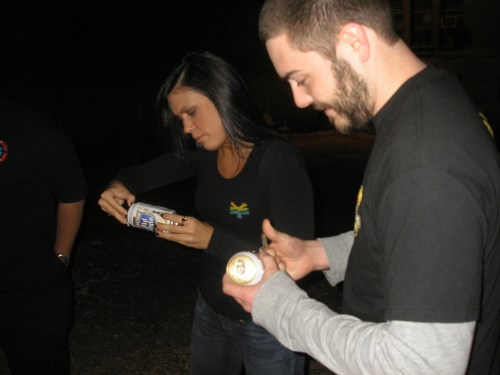 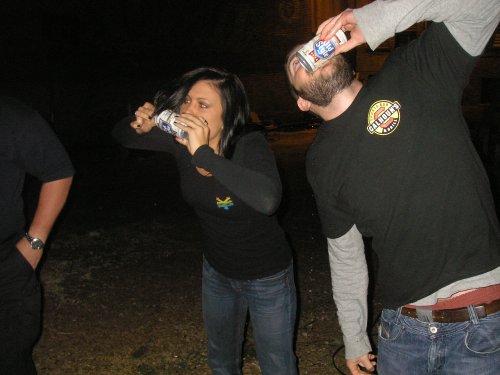 And here are some pics of what happened after the shotgunning was done: 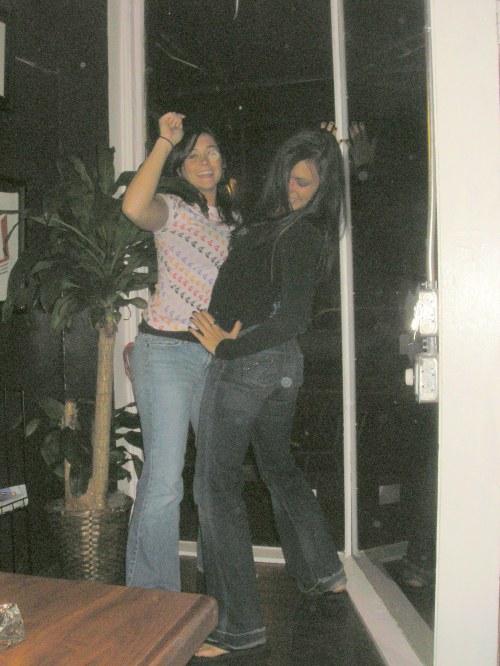 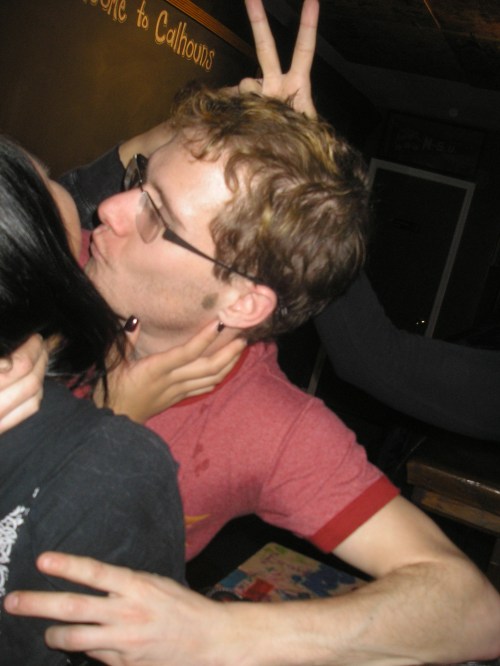 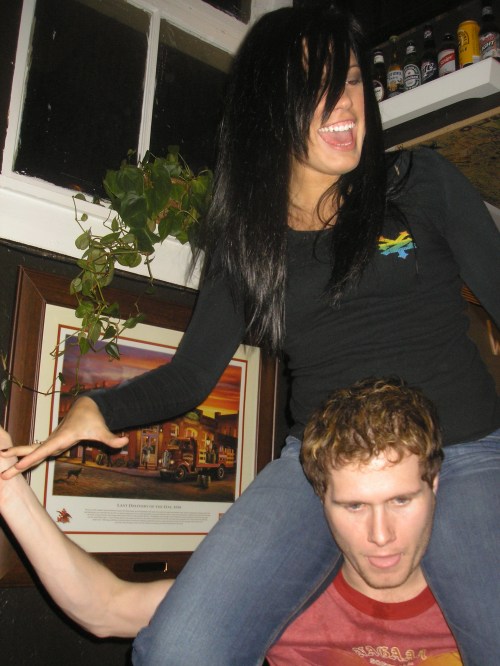 Plans for today:  For the first time in over two months, I do NOT have to go to the Saucer.  Meeting a friend for mojitos on Sauces’ patio today after work.

Weird not to have a beer report to type.  Possibly another post around lunchtime.