Here’s info on tomorrow’s Downtown Alive! concert series.  It’ll be a Folk Alliance Mini Festival – the Folk Alliance has an office around the corner on South Main. 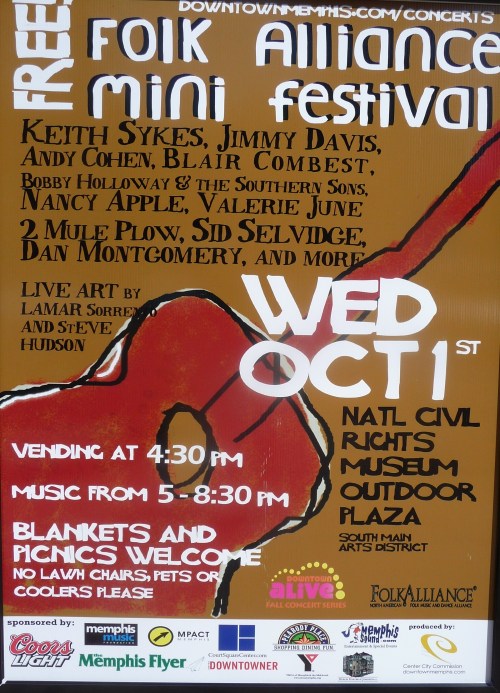 Food and booze will be available.  Unlike the previous two Downtown Alive! concerts, I plan on being there for a good portion of the evening.  If it’s like the past couple of concerts that have been held on the Civil Rights Museum plaza, we can expect a certain “protester” to show up with megaphones, feedback-generators, and other means to make a nuisance of herself.  Ignore her and have a good time.

5:42 PM as I type this… a little over three hours from now, I’ll know who the October BFF(s?) will be.  I’m secretly kinda rooting for Jenny and Michelle to beat us at trivia because I know how bad they want to be BFFs… however, I’m not rooting for them hard enough to deny my own team an extra $50 in beer winnings.  They’ll have to do it fair and square.