This post is about a friend of mine, Sarah, who is trying to raise some money through the sale of rings and artwork. Earlier this year, she went through a divorce, which left her with $7,000 in credit card debt and a Toyota 4Runner whose lease expires this month. After getting divorced, she went back to the only way she knew to earn money – being a bartender. However, due to her debt load, the job isn’t quite paying all the bills, so she needs to sell some stuff to raise money.

She’s selling her engagement ring, pictured below, and her wedding band on eBay. The engagement ring has been appraised at over $11,000, and the ring and band together at $13,500. She’s starting the bidding at $5,000, so this is a good deal for someone. Click here to view the eBay auction for the rings. 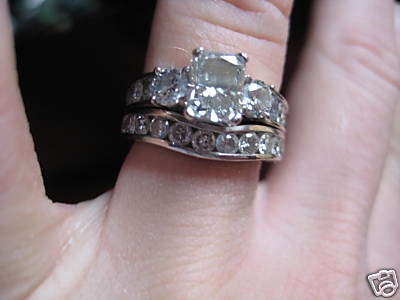 I empathize with Sarah because she’s someone who has a lot to offer the world, once she’s no longer weighed down by debt. She graduated from the U of M with a degree in Fine Arts, then studied Art Therapy in graduate school. She’s spent a lot of time working with kids (see pics below), and once she’s financially stable she hopes to join the Peace Corps or a similar organization to help others in need. She’s previously volunteered with refugee children from Afghanistan, Sudan, and other countries. 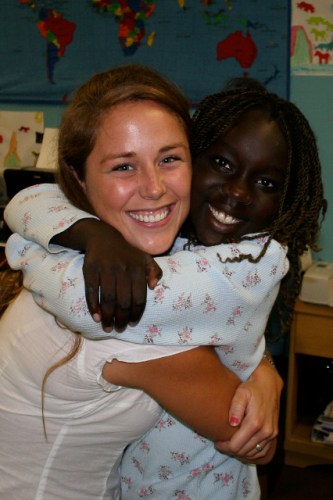 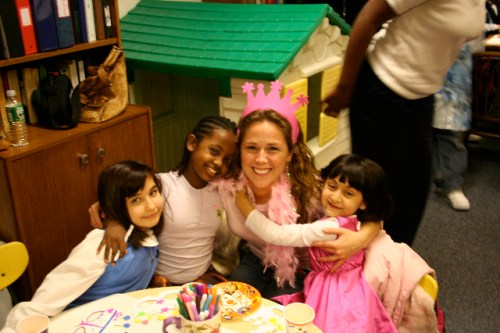 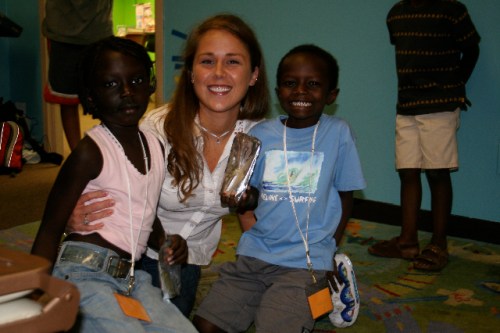 Sarah is an accomplished artist. You can view her gallery on Facebook here, and you can see an example of artwork she did for a local bar in the pic below. She also has two works on exhibit at Blue Fin, although they’re signed under her married name which she no longer uses. 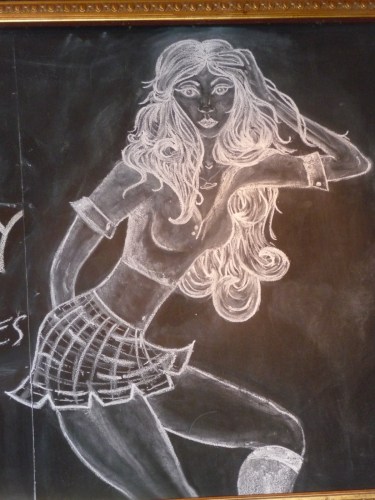 If you want to purchase any of Sarah’s work, or if you want to commission her to do a custom piece of artwork, shoot me an e-mail at paul@paulryburn.com and I’ll get the two of you in touch.

Sarah also has a blog. She has a very interesting and deep perspective on life, having seen and lived through a lot in her 25 years.

Thanks for reading this post… I know what it’s like to have big dreams, only to have financial concerns stand in the way. I figure one of the best things a person can do in this world is help others get closer to their dreams.