Yesterday at noon, I walked over to Handy Park for River City Brewers Festival. It was the festival’s sophomore year, and it has improved to the point where I’d have to rank it as one of the city’s best beer fests. This is one reason why: 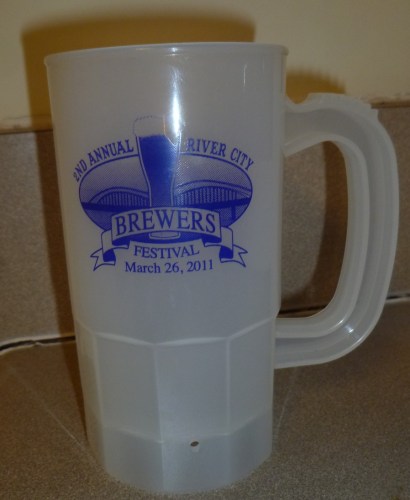 If you’ve attended beer fests before, you’ve probably experienced the “Really? That’s it???” feeling when given a 2 or 3 ounce sampler glass. With samplers those sizes, you know you’re going to be spending most of your time standing in line for beer. Not so at River City. The sampler was a TWELVE OUNCE MUG. The volunteers at the beer booths were not shy about filling it either. In most cases they didn’t fill to the rim (although a few did), but most of the time I came away with a generous serving of beer.

The Shiner booth was very impressive. I almost skipped it, because I find Shiner Bock to be a rather mediocre beer. Glad I tried their two other selections, not commonly available in the area, though. They had a spring seasonal on tap which was delicious, as was their “102” double wheat.

Also impressive was the fact that they served beverages that didn’t taste like beer, like Mike’s Hard Lemonade and spiked tea. Now, a lot of my friends avoided those booths, but I think it’s good to have them. It lets people who aren’t into the taste of beer still find something they enjoy at a beer fest.

Pabst was there, and I had to get my mug filled with the best beer on the planet, PBR. They were giving away keychains and stickers, and they had PBR T-shirts on sale for only $5. Great deal!

Their food court had better food than is usually seen at beer festivals, as well. Food was not included in the price of the ticket, which is normal at most beer fests. I saw one friend of mine eating a BBQ sandwich, which I would guess came from River City restaurant The Pig on Beale, and another was munching on a sausage and cheese plate. I, however, went for the crawfish. 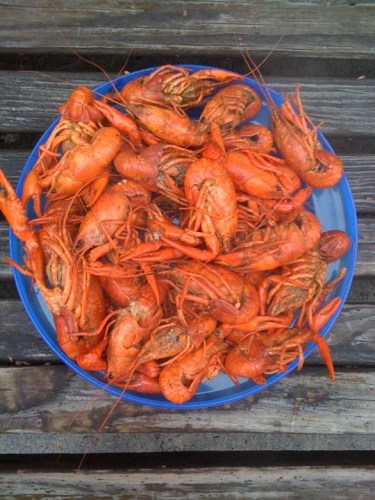 Man, were they spicy, just the way I like them (more on that in a minute). The plate was a Frisbee.

The only thing that really needed improvement was the weather. For the second year in a row, Mother Nature didn’t cooperate at all, with mist and temps around 50. I was glad I wore the PBR hoodie so I had some protection from the elements.

Here are some more pics: 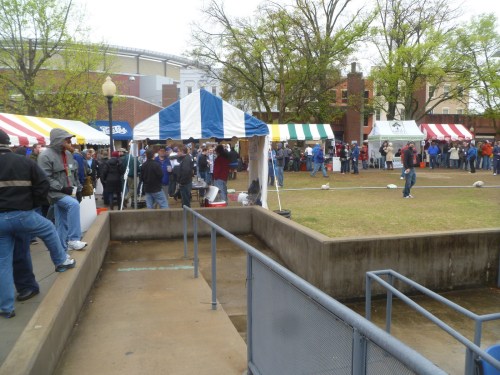 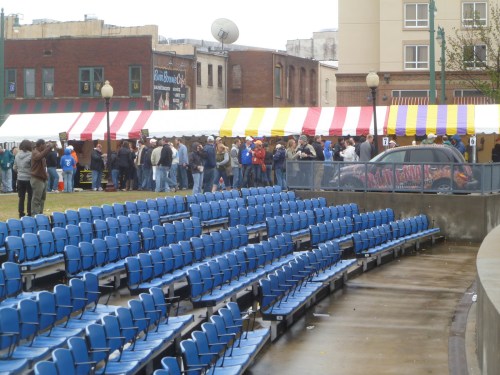 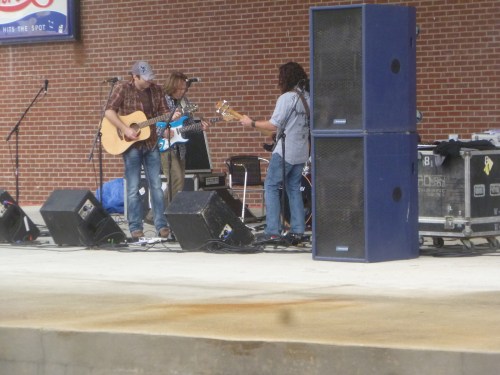 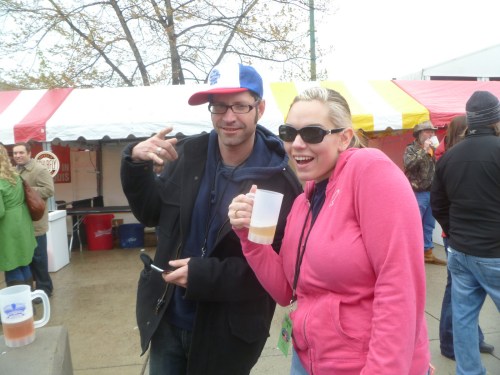 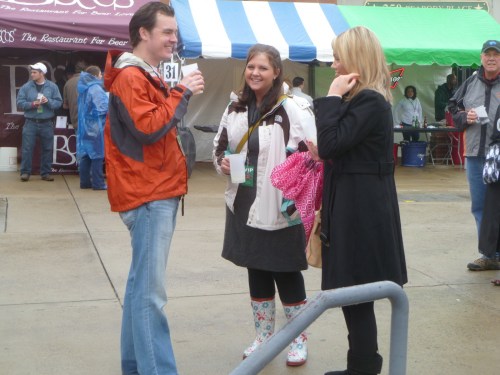 Unfortunately the day ended early for me… I had passes for both sessions but didn’t make it to the evening one. I had been forgetting to take my Walgreens knockoff of Claritin-D, and not long after I got to Handy Park I started suffering one of the worst allergy attacks I’ve ever had. The crawfish boil made it even worse (although, a good spicy crawfish boil SHOULD make you sneeze a little). By “halftime,” when the gang convened at the Saucer at 4 PM, I was sneezing almost nonstop. I went home to try and recover, but it wasn’t to happen. Gave up, bombed myself with NyQuil, went to bed. I hate it that I missed the evening session. I also hate that I missed my friend David the Worm spin at Rehab Disco. I feel somewhat better today, and I hope the Walitin-D has taken effect so my Sunday Fun Day doesn’t end as badly as my Saturday did.

Anyway, back to the festival… I had a very good time and heard nothing but positive comments from my friends. They’ve hit a winning formula, and if the weather ever cooperates, River City Brewers Fest is going to pack Handy Park one of these years.