The Fuel food truck tweeted that it was parked at the Barking Lot at Main and Jefferson, and that they had taco salads. I took a walk down there. 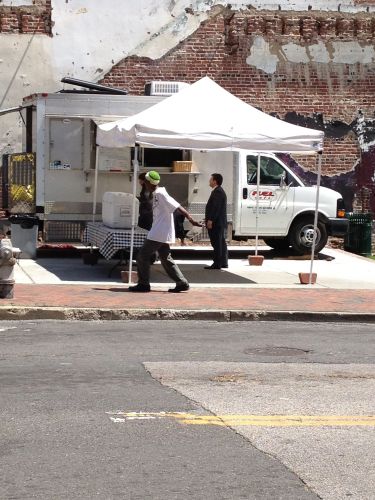 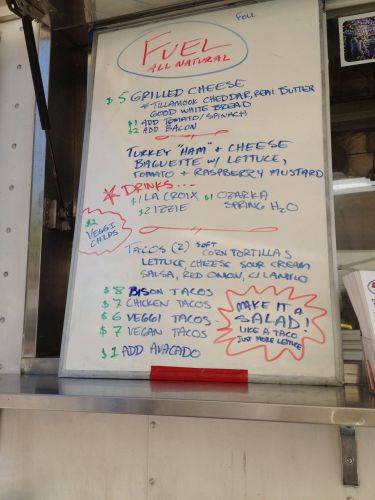 The tacos salads are actually just variations of their regular tacos, with more lettuce. Since I’ve never tried the Fuel truck before, I decided to order what is probably their most famous item, the bison tacos, in regular format rather than as a salad. 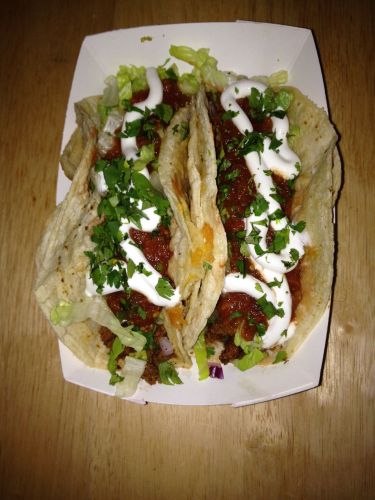 I was definitely happy with my purchase. The ground bison meat was tasty, and well accented with pico, cilantro, and sour cream. What really made this meal stand out, though, was the soft tortilla shells in which the tacos were double-wrapped. They were yummy and added a Mexican flair to the dish.

There were a wide variety of sauces and seasonings to add to your food. 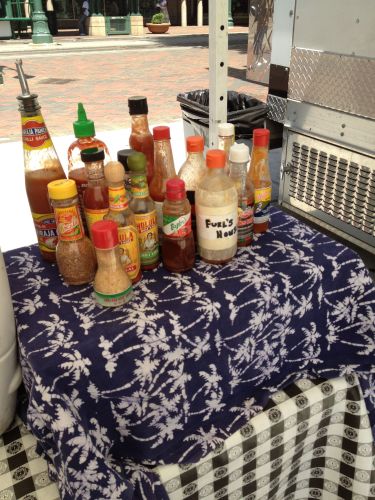 A really good lunch that hit the spot, and that will put some “fuel” in my tank for the afternoon until I can get to BBQ Fest. If you haven’t had a chance to try the Fuel truck, I definitely recommend you do next time it’s in your neighborhood.

A funny side note: The people in the truck asked if I was “that guy who is always tweeting about tube tops.”

The National Ornamental Metal Museum is doing a demo in Court Square right now, so if you get food truck fare and want to eat outside, that would be something interesting to watch.

All right, it’s almost time to party! I’ve got to get a few errands done, then it will be time to hit the Saucer for some pre-BBQ beers.