Well, I think yesterday is a day we’d all like to forget. I just really don’t know what to say about the mass shooting in Las Vegas. It seems like the 2010s will go down as the decade when humans were terrible to each other. As for Tom Petty, his death was tough to read about because it happened the same way my mom’s did: Cardiac arrest, no brain activity, had to be taken off life support. Also sad to read an article where Petty said that 2016 was the last big Heartbreakers tour because he had a granddaughter now, and wanted to spend as much time with her as possible.

And now there was news this morning that longtime Memphis wrestling commentator Lance Russell has died. RIP Lance and prayers to his family and friends. He helped so many realize their potential, the two most obvious examples being Dave Brown and Jerry Lawler.

My dear friend Lance Russell has passed. He aired my 1st show on WHBQ that later became BDO. I may not be here today without him. RIP! Bill

Lance Russell. So iconic that @DustinStarr & I asked him to record our radio intro. So kind that he immediately agreed to do it.

The 40th anniversary Downtown Memphis Commission meeting happens tomorrow, Wednesday, October 4, on the Civic Center Plaza and at the DMC building at Main and Adams. Open to the public and admission is free but you need to click the link and RSVP. Open house tour 5:00-5:30 PM, opening remarks from Mayors Luttrell and Strickland 5:30-5:45, and then awards presentation 5:45-7:00. From 7 to 9 there will be live music by the Nick Black band, free photos in the Amurica booth, food, drinks, games, and more. The awards will honor Old Dominick, the Madison Avenue pocket park, and Hotel Napoleon.

The 3rd annual Sinners for Saints Ball will happen Saturday, October 28. Stop 345 and Tad Pierson’s Indoor Trailer Park are back as event venues, and this year they have added Brinson’s for even more event space. Hair band cover band Aquanet will headline, along with Charvey Mac, DJ SuperBrad, a songwriters’ showcase, and karaoke at Brinson’s hosted by DJ Lil’ Eggroll. Your $50 admission ($60 at the door) includes beer, mixed drinks, punches, and Hipner’s craft Jello shots. Costume contest with lots of prizes. Food by local restaurants including Stanley BBQ and Pete and Sam’s. Costumes strongly encouraged. Proceeds benefit the Church Health Center.

The MBJ has a slideshow of progress on the Tennessee Brewery redevelopment.

There will be a Creative Works Market at the Halloran Centre Friday and Saturday from 10 to 6. Over 30 makers, designers, and artists are in town for a creative conference, and Friday and Saturday they will sell their works to the public. Might be a good chance to pick up a unique Christmas gift. Click the link to see a list of vendors.

Michael Butler, guest blogger for I Love Memphis, has an article about Two Girls and a Whip, the new cakery at Front and Huling. They sell delicious cakes in shop, but if you need a custom cake, definitely give them a call! They can do amazing things with custom cakes. Hmmm I bet they could make a custom cake that looks exactly like my troll. Hopefully not scaled to size though, because that wouldn’t be much of a cake. (Edit: Now hearing that they are not quite open yet. Shouldn’t be long thouigh.)

The New Daisy announced that tonight’s Morgan James event has been canceled.

Cooks’ meeting for Best Memphis Burger Fest is tonight at 6:30. I’m not a cook and therefore not attending the meeting; however, if any of my teammates want to meet up for delicious and affordable $2 PBRs prior to going over the meeting venue, I will be at the Silly Goose tonight around 5:30. Back tomorrow with more news.

Yesterday was a slow day Downtown, so I decided to hop into a Lyft and go visit my friend Hannah who bartends at Aldo’s Midtown. Having had pizza four times in the past 7 days, I wasn’t in the mood for more of the same. So, after putting down a PBR, I decided to wander next door and see what food truck was at the Memphis Made taproom. 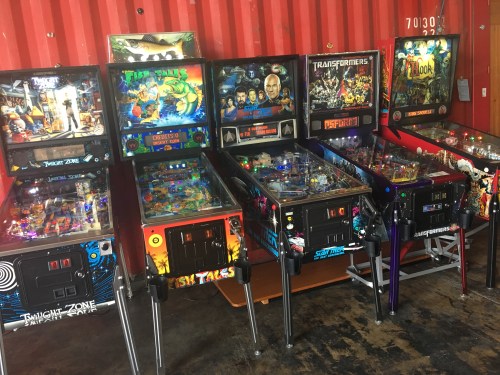 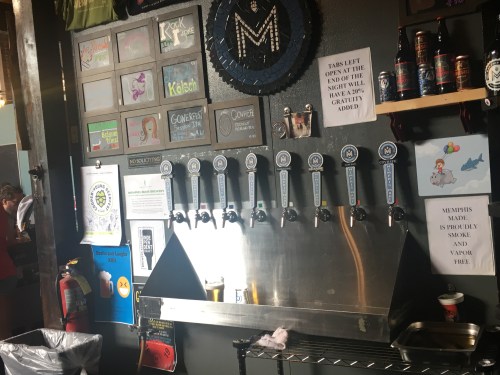 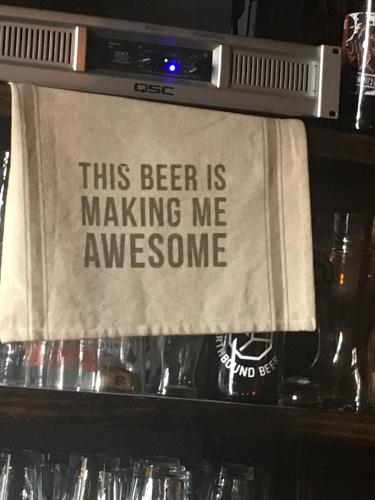 What a great place they have there. High quality brews on tap, pinball machines. Fun place to be.

Eddy’s Pepper was the food truck. 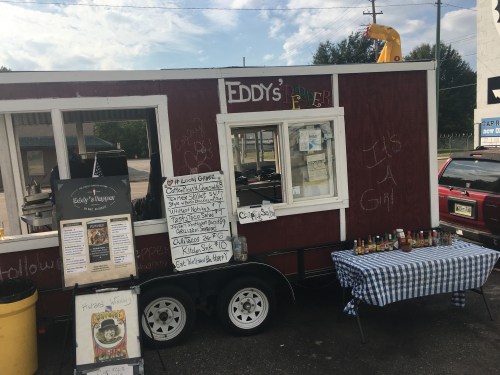 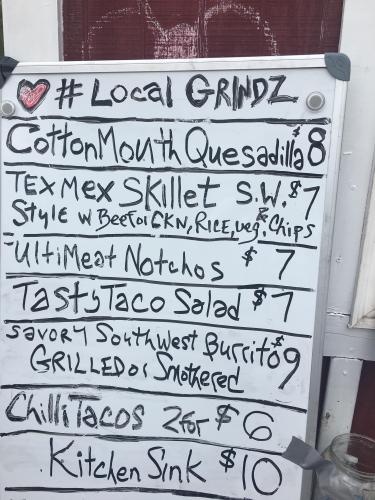 I ordered the Cotton Mouth Quesadilla with ground beef. 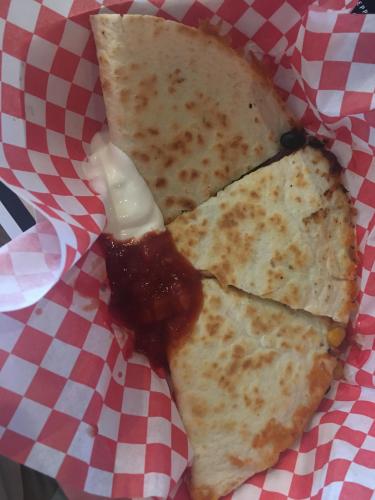 They had a vast array of hot sauces to apply to your food. 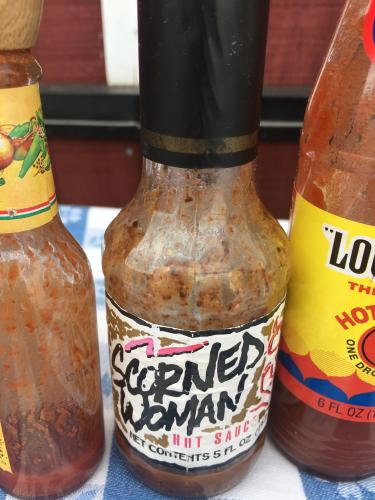 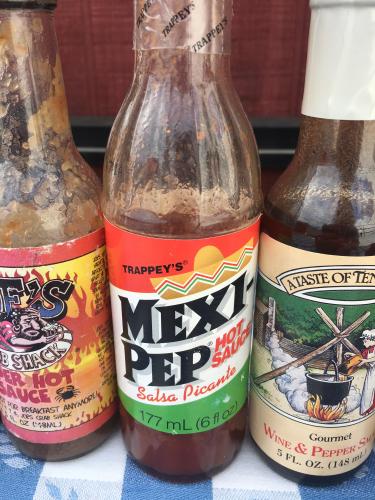 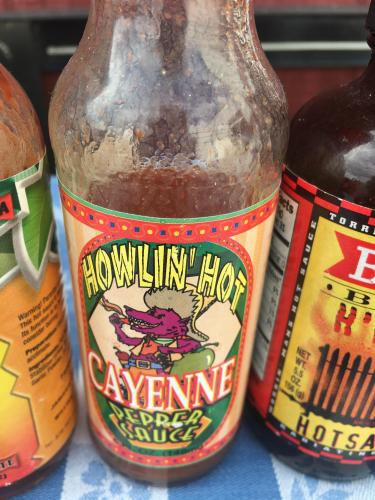 Perhaps the scariest pepper sauce of all is the clear one. I stayed away from this sauce. 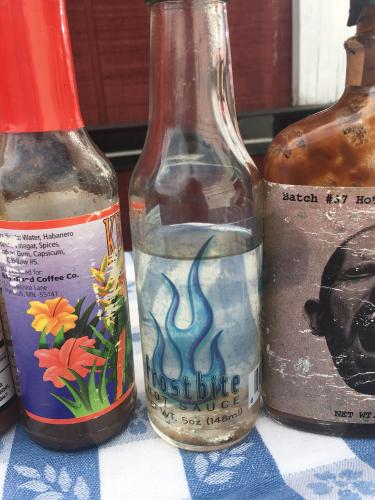 I was impressed by the prices at Eddy’s Pepper. A good portion of food for not a lot of money. And I like the food truck concept at breweries. You get something different every day, so you never get bored with the food. The one day Memphis Made is open that they don’t have food trucks, you can grab a snack from Aldo’s next door.

A fun little Sunday excursion. If you like great beer, give the Memphis Made taproom a try.

I have a recommendation for my readers… go to City Market on a Friday night and get a piece of tiramisu for $7.99. It’s a huge piece and I have resisted the temptation to buy one for quite some time because it seemed like a lot to spend for dessert. But, do it. You can snack on it over the course of a weekend and it is so good. If you’re a couple you can take it out of the plastic box and put it on a plate and get two forks and share it. I didn’t bother taking it out of the plastic box.

Speaking of sweets, Two Girls and a Whip opens Tuesday. This is a cakery/cupcakery that has been talked about for a while. Any idea for what you want a cake to be, no matter how off the wall, these women can make it happen. Go talk to them next time you have a birthday, anniversary or whatever to plan for. They’re at 383 S. Front at Huling.

Little Rock blog The Mighty Rib made a stop in Memphis to visit The Dirty Crow Inn, just about a half a mile from the Mississippi bridge. Read what they had to say.

Couple of photos from yesterday: 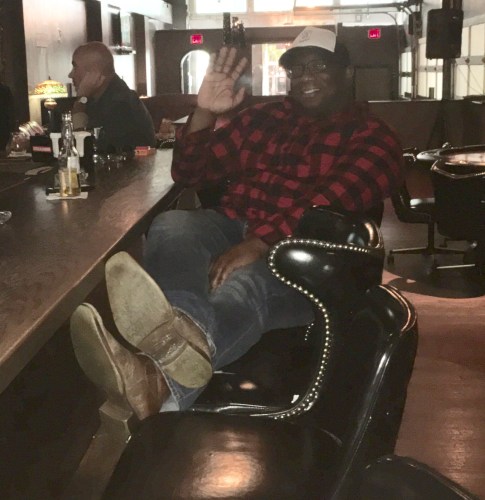 Tony celebrated Pride Week yesterday at the Blind Bear. He was looking butch in his lumberjack shirt, always a good choice when it’s 80 outside. He commented “this is how the men dress in Portland.” Okay then. 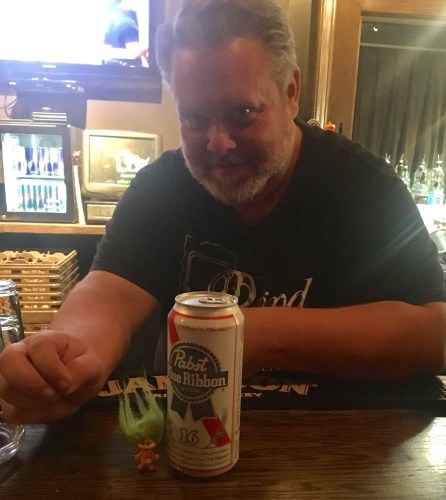 Yep! B-RAD is off work Saturday! Although an invited guest of the Moody Ques, I am sure Brad will visit other teams as well. Feel free to ask him anything you want about me. He knows me well and I have nothing to hide. Also, other teams, notice if any of your invited guests scurry away like bugs running for a crack in the asphalt when they see him. Some people just can’t handle the truth. People have actually unfriended him because he’s too vocal about me.

Just in time for Halloween, there will be a class about potions on Sunday, October 15 at 7 N. Main.

Here’s a cooking blog post about goose eggs. And speaking of goose eggs, how bout dem Tennessee Vols! Not all the orange shoelaces in the world could save the Vols from the special needs adult known as their head coach. The Dawgs of Georgia put a 41-0 whoopin’ on Tennessee. First shutout since 1994. We sure didn’t see much of that trash can yesterday!

I wonder if Chip Kelly will keep me around?

That’ll do it for now! Off to Sunday brunch. Back tomorrow with more news.