Yesterday I attended the inaugural Butcher Board Festival at the 409 South Main food hall. There have been many food festivals in Memphis, but this was a first. It was a celebration of charcuterie, meat and cheese trays. I am a big fan of both meat and cheese and was quite pleased to get to go. 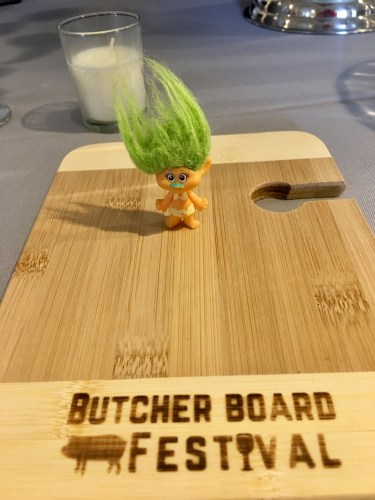 Every guest got their own mini butcher board, with a cutout for a wine/beer/cider tasting glass, a thoughtful touch that let people navigate the festival with one hand full rather than two. 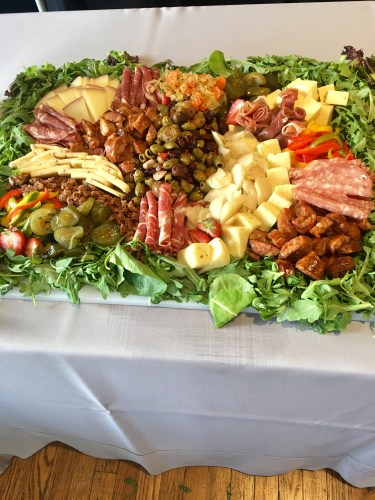 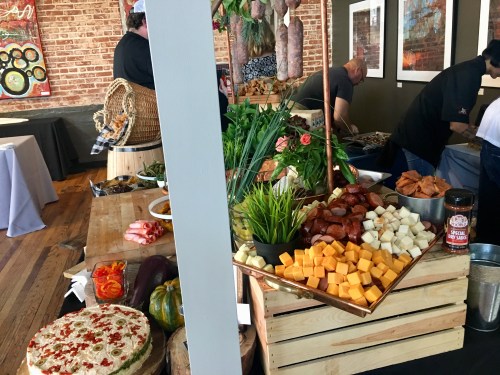 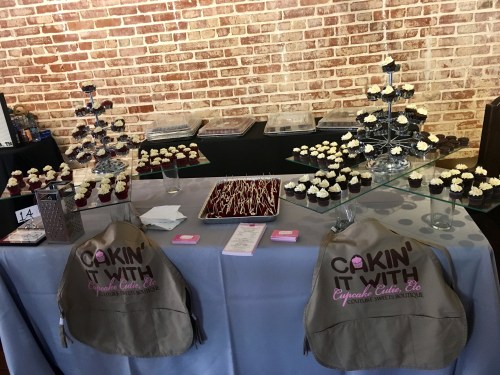 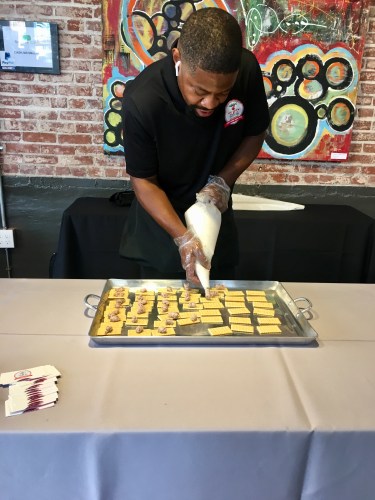 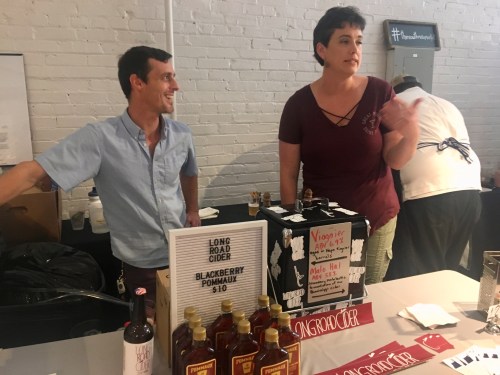 They let media people in at 3 to photograph the food and interview the companies providing food and drink. I got a chance to chat with Chef Michael Patrick of Rizzo’s, who had posted a video yesterday morning encouraging people to come to brunch at his restaurant. Among the offerings he mentioned were eggy weggys. “Eggy weggys, Chef? Really?” I asked him, and he told me that really is a thing, from the movie A Clockwork Orange.

I had a very hungry troll on my hands who kept asking me “When do we eat, Paul?” I was relieved when the feeding frenzy began a few minutes before 4. 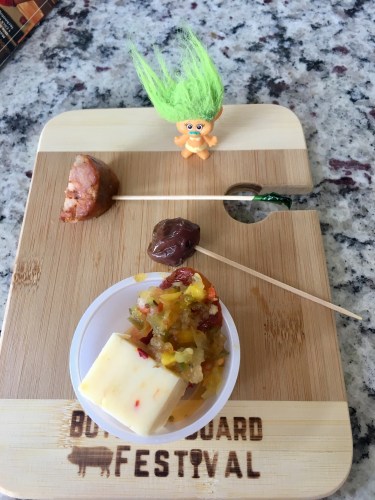 That stuff in the cup in the upper left was in my opinion THE hit of the entire festival. This was just an entire butcher board of yummy goodness. Yes, that’s a big ol’ slice of brie on my butcher board, along with some meats and a second cup of the good stuff. 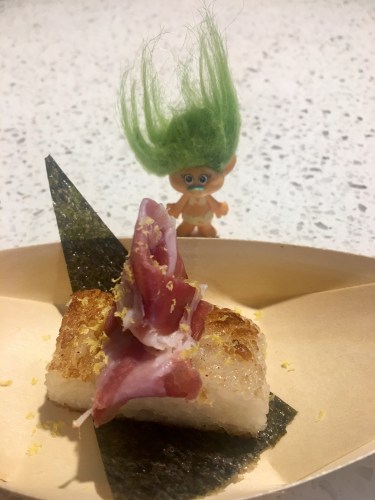 What a wonderfully creative and fabulous festival. Thank you so much to the organizers for inviting me. This needs to come back for a second year.

Just a good day overall. I started off at D-RANKS with B-RAD at Pontotoc Lounge and discovered a new sport: Rugby Sevens. Unlike traditional rugby, there are seven to a side and the game is played in seven minute halves. Halftime is only 2 minutes long, and the conversion must be kicked within 30 seconds of scoring a try (the equivalent of a touchdown in American football). I like a game that hurries up and gets over with.

Pontotoc was short a server due to a nasty spill on a Bird scooter. I have not ridden on one of those things and the more I think about it, the less inclined I am to do so. One of my Facebook friends pointed out that because people park those things wherever the hell they want, they often don’t leave enough room on the sidewalk for someone who is wheelchair-bound to navigate by safely, which is a serious ADA compliance issue.

Lifehacker has a very important public service announcement which is all the more relevant in these days of butcher board festivals: Bacon is a dipping food. Yes yes yes yes yes it is. Bacon dipped in lobster bisque. Just trust me on this.

That’ll do it for this post! Back tomorrow with more news.