Got a newsy post for you this morning, and we’ll start off with a couple of things happening in the Aldo Dean restaurant world. First of all, Memphis 901 FC plays an away game at Indy Eleven tomorrow night at 6, and Aldo’s Pizza Pies Downtown is hosting the official watch party. They’ll have $1 off individual pizza slices and also $1 off any of their 29 draft beers. Each time Memphis scores, they’ll have $3 Fireball and $5 Jameson shots.

Secondly, the new Downtown Slider Inn is close enough to being open that they are hiring. They’re looking for experienced front-of-house and back-of-house professionals who know how to deliver great customer service. Send a resume to sliderinndowntown@gmail.com if interested.

Thank goodness I did not wake up this morning to find that King Willie would once again be mayor of Memphis. Incumbent mayor Jim Strickland beat him by more than a 2-to-1 margin. It’s not surprising that in his concession speech, Herenton lied and said he’d never lost an election before. He’d be a good running mate for Donald Trump if for some reason Trump decides to ditch Pence next year.

As for Tami Sawyer, even though she got less than 10% of the vote, she built name recognition for 2023, when she will still be a young woman. I think a lot of Memphians would be open to her ideas. It’s just that, this is the first time in a while we’ve had an incumbent mayor who’s actually done a good job.

The Stolen Faces will celebrate the music of the Grateful Dead tonight at Loflin Yard from 7 to 10.

I’ve been hearing about some funny business at the parking garage next to the Flying Saucer. There’s a male attendant there (sorry I don’t have a better description than that) who has been saying stuff like

Sounds like this fellow is trying to supplement his hourly wage that he earns from the company that manages the garage. If he tries something like that on you, back out and park elsewhere.

Following the smashing success of the first one Labor Day Weekend, The Ultimate Brunch Set returns to the Blind Bear Saturday, November 16. 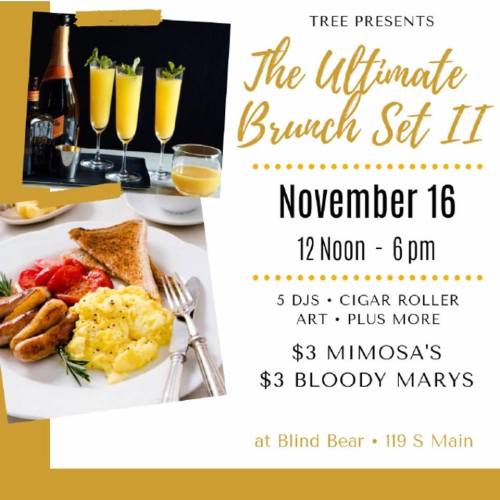 There will be an artists’ and craftspeople’s market at the Halloran Centre today and tomorrow 10 to 6. They are in town for a Creative Works Conference and 36 of the attendees will be selling their products.

The ever-popular sushi class returns to Memphis Made Brewing Co. Sunday, October 13 3-5 PM. Sign up in advance if you want to go. These things often sell out.

Improv Underground returns to The Brass Door tonight for its fourth installment.