Volunteer Odyssey hosts Virtual Volunteer Day on their Facebook page all day long today. They’ll broadcast live, introducing you to their nonprofit partners (a new one each hour). They’ll have projects you can do from where you are, with materials you already have on hand. Share your experiences on social media using the tag #VolunteerOdyssey. Partners/projects include

Virtual Volunteer Day is kid-friendly and you can complete as many of the projects as you want. Those who live outside of Memphis are welcome to join.

The Rendezvous is opening back up at 50% capacity for lunch and dinner. They will open at 11 AM and for the time being will close at 8 PM. They say a later closing time will make more sense once sporting events and concerts return.

Quench Wine & Spirits is offering online ordering, pick-up and curbside delivery during the pandemic. Order on their website and pick up at 99 S. Second Street across from the Peabody.

Set your DVR to record the June 11 edition of “TODAY with Hoda & Jenna.” B.J. Chester-Tamayo of Alcenia’s will cook with Hoda and Jenna. Those of you reading this blog from out of town, if you want a taste of Memphis, Alcenia’s new online store ships many items nationwide. It has pies, bread pudding and chow-chow, as well as non-food items like a soul food cookbook.

If you like sweets, might want to take a walk around Beale this week. A friend of mine went to Dyer’s yesterday to pick up an order and on the way back, a woman stopped him and gave him a free dozen Insomnia Cookies. I had a S’mores cookie and it was excellent.

No protest was planned for last night, but one broke out anyway following a civil disobedience training class at the National Civil Rights Museum. Organizer Frank Gottie has called for a protest at Poplar and Highland tonight at 6.

New Wing Order has announced their special flavor for the month of June: Tom’s Tiger Wings, which have a sweet orange flavor with a touch of heat.

The Downtown Local is looking for a lead cook/chef and a line cook. Email  helmut@localgastropub.com to apply or come by any day between 4 and 6 PM.

Caught up on the Downtown gossip this week… so tempted to reach out to someone I’ve never officially met and tell them they’re about to make a huge mistake. Naaah I guess I will mind my own bizness and let life lessons be learned the hard way. Meanwhile I’ll just sit here and play with my trolls. I have a whole stable of them y’know. 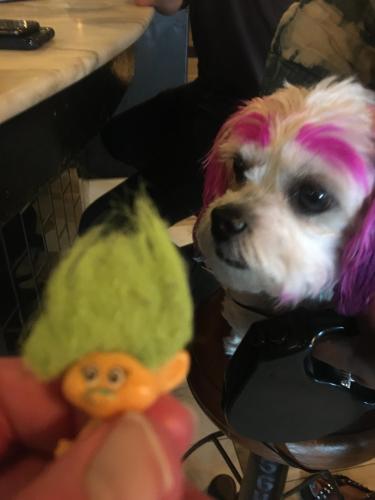 Former Secretary of Defense and retired Marine general Jim “Mad Dog” Mattis penned an opinion piece this week, denouncing his former boss Donald Trump. “Donald Trump is the first president in my lifetime who does not try to unite the American people—does not even pretend to try. Instead he tries to divide us,” Mattis wrote. “We are witnessing the consequences of three years without mature leadership.” Mattis’s rebuke was praised by Republican senators Mitt Romney and Lisa Murkowski as “stunning,” “powerful,” “overdue.” If you agree with Mattis, you have a chance to save democracy on November 3.