Time for something that has been missing from this blog recently: a drunk post. Expect more of these as summer draws closer.

After work today, I went to the Flying Saucer for a couple of 22 oz. Happy Hour pints. They no longer have Dos Equis Special Lager on draft! I ordered it and the bartender started to pull out a bottle. 12 ounces of beer instead of 22? No thanks. I ordered Abita Purple Haze as a second choice. Getting rid of the Special Lager was a crime. The Special Lager is far better than the more well-known Dos Equis Amber. And it’s far better than most of their remaining beers on tap – Dogfish Head Chicory Stout for example, which tastes like really bad coffee with hops.

After two beers I wandered up the street to Sleep Out’s, where Bonny the bartender gave me a hit of crack. For those of you who have never seen crack up close, here’s what it looks like: 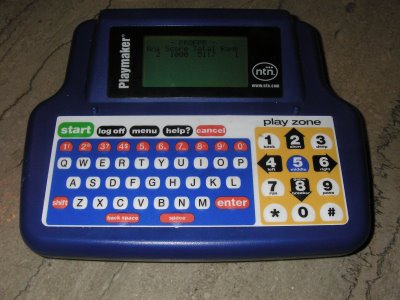 So I won two rounds of NTN Trivia and drank two PBRs and then headed down to Blues City Cafe to catch The Dempseys. It was still early in the evening (8 pm) and people were having dinner. Good lord that food looked good. Ribs and chicken and BBQ beans and fries and Texas toast. You know, last summer when the Romanians were working there, if one of them had come up to me and said, “So. Paul. The cook made an extra piece of Texas toast. Would you like it?”, I probably would have accepted it and thanked her with a passionate kiss.

I watched the Dempseys’ first set minus the first two songs. Here are a few pictures: 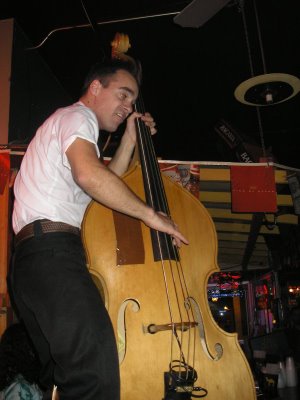 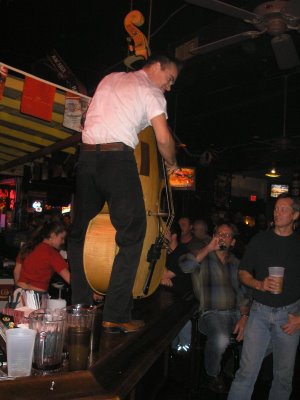 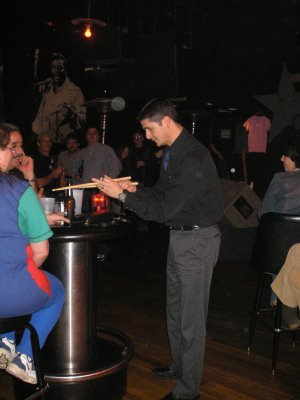 No pictures of Brad the guitarist unfortunately… he made the mistake of telling me that they played Key West last week, that the place was loaded with girls, and that they didn’t bring one home for their ole buddy Paul. So no free publicity for Brad. Maybe he’ll get it right next year.

For those of you who live in Germantown, Collierville, and Cordova: The Dempseys will be at the East Bumblefuck Flying Saucer on Friday. So climb in your SUV with your “W” sticker on the back, drive by the gas station and fill up to the tune of 50 gallons, get stuck in traffic for an hour on Germantown Parkway as you drive past strip mall after strip mall and a dozen other neighborhoods that look exactly like yours, and as you thank God that you don’t have to pay city property taxes or live next door to black people, drive on up to the Saucer on Germantown Parkway and hear the best band in town.

I won’t be there though… I’m not leaving downtown Friday night, considering it’s South Main Trolley Wine Tour – er, Trolley Art Tour. Fellow blogger Kat says she might come down there, which in reality means she’ll see that there’s a 5% chance of rain that night and not want to risk messing up her hair.

(Kat: just checked out your blog – sorry to hear about the house being under contract with another buyer – that really sucks)

All right – just finished an order of ~HOLY SMOKES!~ wings from Big Foot Lodge – those are going to hurt tomorrow when they come out the other end – so now it’s time for some rest, so I’ll be nice and fresh to go occupy a cubicle for 8 hours again tomorrow. Whoopee!

I feel like I’m out of practice with these drunk posts… I used to be so good at them. I’ll have to do 6 or 8 more during the month of April… time to get back into peak blogging form.