Here are a few pics I took at last Sunday’s Rajun Cajun Crawfish Fest on the river: 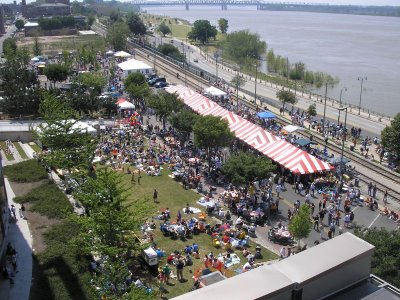 The crowd, as seen from the rooftop of Barton Flats 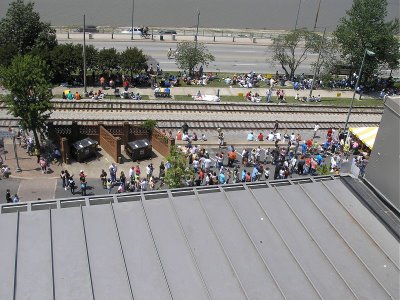 This was the line to get buckets of crawfish about 1 PM. You can see the crawfish tent, with the yellow top, on the far right. Another hour and the line was twice as long. 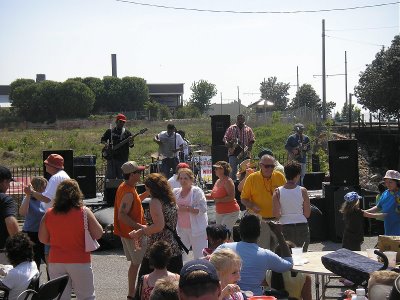 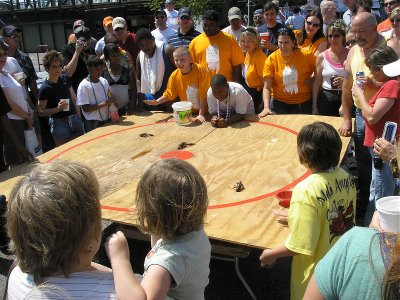 Crawfish race: They were placed on the red dot, and the first one to make it out of the outer circle was the winner.

There were some other pics of the gang and me on the Barton Flats roof, but you’ve seen us all before and they’re really nothing special, so no point in posting them. I’ll zip ’em up and send the people in the pics a link though.

Another post to come before the end of lunchtime.