rally at the Majestic Grille: 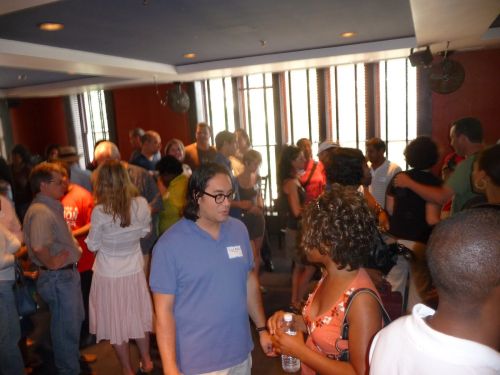 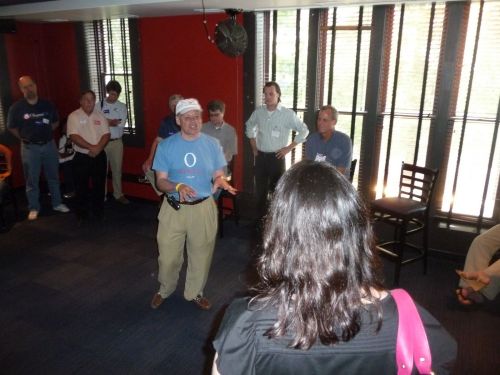 U.S. Rep. Steve Cohen gave the best speech of the day, covering the major issues and how Obama is the best candidate to address each. He had just come from the Sidney Chism picnic and was sporting a blue Obama T-shirt. Even though Cohen is running for re-election to Congress, he was clearly there to stump for Barack Obama rather than for himself. 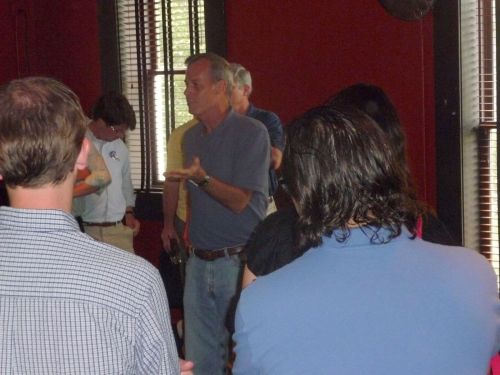 John Branston from the Memphis Flyer gives his outlook on this fall’s political race. 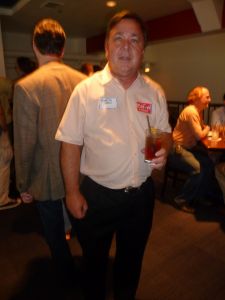 A couple of Democratic candidates for Lamar Alexander’s Senate seat were also on hand to speak. The first was Kenneth Eaton. 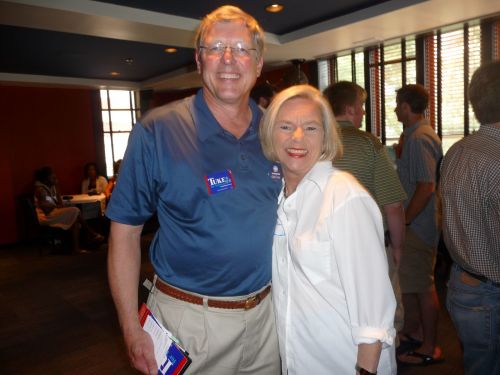 Bob Tuke (left, posing with Joan) is another candidate for Alexander’s Senate seat. Although analysts consider Alexander’s seat “safe,” both candidates spoke of the importance of Shelby County in bringing the seat into play and possibly taking it away from the Republicans, moving one step closer to the filibuster-proof majority of 60 in the fall.

There were a few more speakers as well. Great event, and the people in the audience who showed up were eager to get involved. The next step to doing that is to go to my.barackobama.com, signing up, and looking around the site and finding the best way you can help.

There was only one tube top in the crowd, although I did find out that a few of Cohen’s campaign staff made it to TubeTopalooza on my rooftop later in the evening. Today’s the final day of Tube Top Month… my, how the month has flown by. I said at the beginning that this was going to be the best Tube Top Month ever, and it has been.

More to come this week, including pics from Big Foot’s Canada Day celebration, Downtown apartments and condos on TV, and who knows what else. Time for me to go to work right now. I’ve been told I’ll finally be taken off The Most Boring Project on Earth this week. And it’s a 4-day work week. And I’m taking the 7th off so I’ll have a 4-day weekend. Triple yay.