Thursday, July 3 is the beginning of an extended weekend for most people. Here’s where you can kick off the weekend with some cheap beer after you get off work: 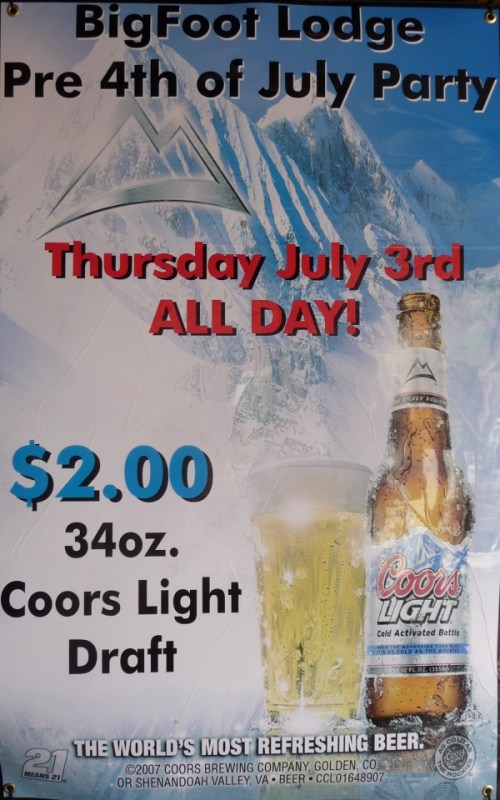 Speaking of Big Foot, here’s a link to my photo album for their Canada Day 2008 celebration their past Sunday. Selected photos from that album: 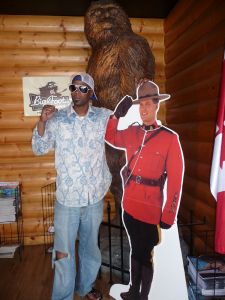 Pete posing with a Canadian Mountie 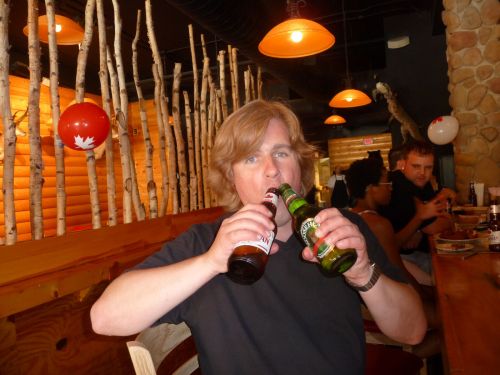 When Canadian beer is only $2 a bottle, you can afford to double-fist them.

In other news: The Memphis Business Journal reports that a new reality TV show, “Real Vice Cops Uncut,” will air on Spike TV beginning in August. The new show was partially filmed in Memphis and focuses on the world of narcotics, prostitution, and gambling. I’m sure they found PLENTY of material to shoot here in Memphis.

Also in the MBJ: KFC rolls out a new “Hotter than Hell” promotion. Between now and July 4, you can get on KFC’s site and check your local temperature and the temp in Hell, Michigan. If you’re the first person from your city to get on the site between 3 and 6 PM and report that your city is hotter than Hell, you can win a $3 voucher for hot wings from KFC.

Only made it through 6 beers at Pint Nite last night. Guess I was tired from the weekend.

Check back later today for the BFF of the Month announcement.