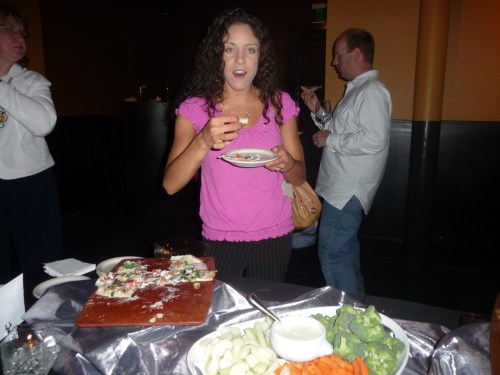 A truly great coach inspires not only his players, but the fans as well. And this week Coach Josh Pastner has done exactly that. The Nuh-Uh Girl, observing how Coach Pastner used a private jet to catch AAU games in different parts of the United States in the same day, is looking into the use of a private jet for her own purposes.

“Memphis is not the only city where there are events with free food, you know,” said the Nuh-Uh Girl. “Modern logistics make it possible to travel to cities all over the region to eat.”

“For example, maybe one day I’d fly to Jackson in the afternoon, to go to the Costco there,” she continued. “You know, walk around and try all the free samples they put out.”

“Then I’d fly back to Memphis, for an art opening at the Majestic Grille at 5. They usually put out complimentary hors d’oeuvres for their art shows. Last month they had this seafood flatbread that was AWESOME.”

“Then I could hop on the plane again and fly west to Little Rock. There are a lot of boutiques and galleries in their Hillcrest and Forest Heights neighborhoods. Sometimes they’ll stay open into the evenings and put out free food to entice people to come in.”

“Then I’d fly back to Memphis to wrap up the evening,” said the Nuh-Uh Girl. “Maybe a group of my friends would be having dinner at Circa that night. The private jet would allow me to arrive right as their entrees come out. Then I could go around the table and eat off everyone’s plates.”

When asked how she’d pay for the private jet, she said, “I don’t know… the University’s boosters paid for the coach’s plane trips, right?  I need my own boosters.” 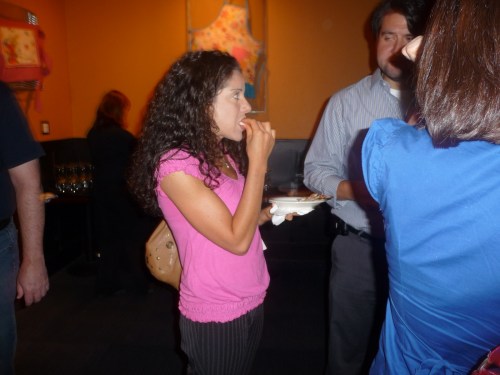