Okay, so it looks like I will do the Snuggie pub crawl after all.  I just paid my $10 on PayPal.  After I finish my current freeroll tournament on PokerStars, I’ll run over to Walgreens and buy a Snuggie.  Something different to do.

By the way, I’ve heard people asking, “If I don’t want to put on a Snuggie and donate $10 to the charity, can I still come and hang out?”  I’m not one of the organizers, but from everything I’ve read, the answer is NO!!!  You get a lanyard for participating that gets you in the clubs.  This was a huge mistake we made with Stumbling Elvis, not making participation mandatory.  We had hangers-on who did nothing but get in the way the entire night.  Glad to see they’re cracking down on this.  I’ve heard Stumbling Santa next weekend will do the same.

Anyway, I have time to burn until the pub crawl, so I decided to clean out my camera and see what I could find that I hadn’t posted. 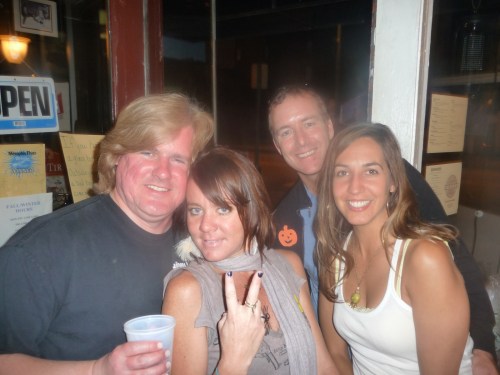 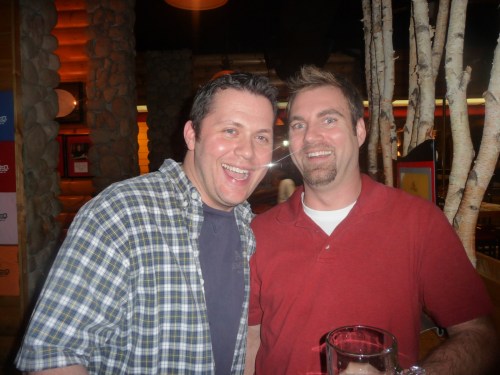 My friends Shawn and Joe.  Not only do we share similar tastes in college teams (GO HOGS!), we also share similar viewpoints on who’s a good bartender. 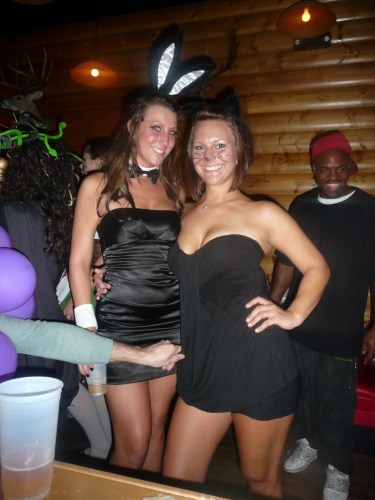 Jessica and Amber from the Saucer, at Kooky Canuck’s Halloween party. 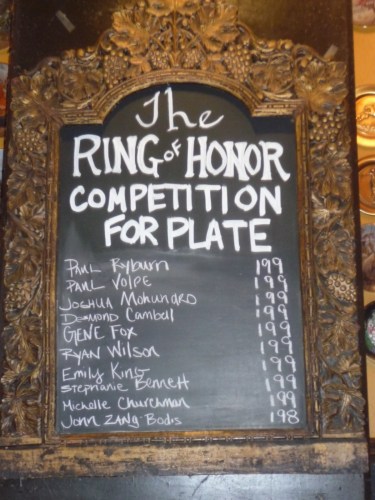 My name atop the leader board.  I’ve since finished my 200th beer, and as soon as I figure out when I want to do my plate party, I’ll print out the receipt from the computer and my 3rd plate will be done.

Amazing.  This tournament has been running 13 minutes and 1300 of the 4500 participants have busted out.  I’ve folded every hand, and of my initial stack of 1500 chips, I’m only down to 1470.  Top 675 places pay out, although being a freeroll you have to make it to the final table to make some serious money.

WTF was going on at the Cadre Building this morning?  I live a half block away and can see it out my window.  There was all kinds of whooping and hollering and car horns honking.  It must have woken me up a half dozen times.  Usually, being 13 stories up, I don’t hear all the noise from the street.  They didn’t quiet down until almost 5 AM.

While I was proofreading this post another 200 players busted out of the tournament.  Incredible.

If you’re looking for an alternative to the Snuggie Crawl and want to hear some live music, it’s the Hard Rock’s 12th anniversary tonight.  Above Only, Agent Jane, and Egypt Central at 10 PM.  Not sure of the cover but usually it’s inexpensive there.

All right, blinds are getting high, time to hit Publish and actually start playing this tournament.  See you at the Snuggie crawl tonight.