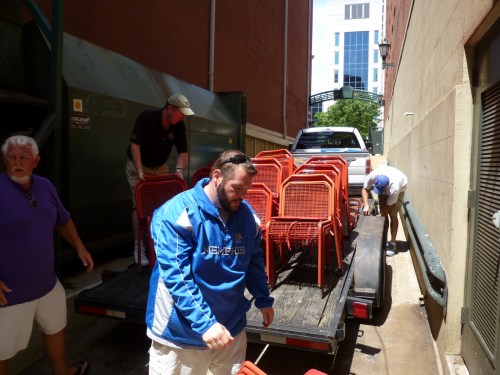 We had a heck of a time getting the trailer backed into Gayoso Alley.

After the loading was done, I went over to Barton Flats and helped stuff the team “swag bags” containing our T-shirts, wristbands, and guest passes. 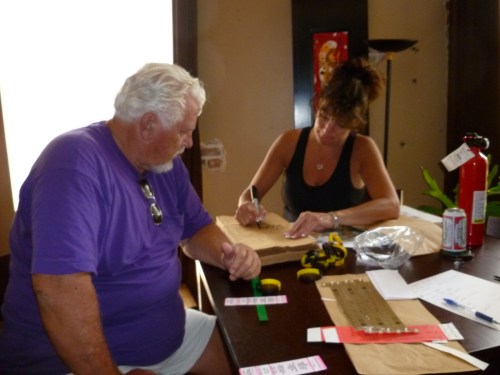 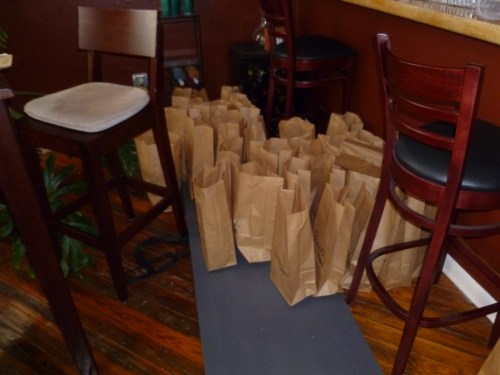 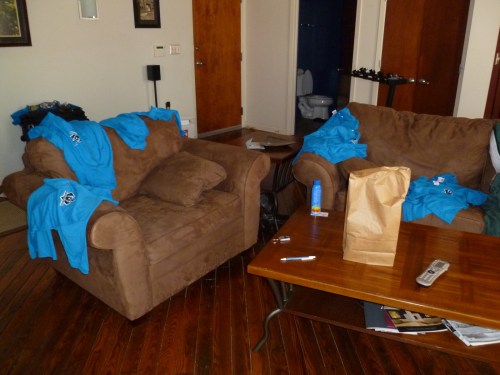 T-shirts and golf shirts waiting to be distributed

They’ll be taking the swag bags over to Bar None between 4 and 5 today. Team members can pick them up there.

Plans for tonight are to be determined. I’ll text people and figure out what’s going on; don’t want to post plans here since we have a pest who follows us. All I know is, I’ll be out late, hopefully I’ll be out with the BBQ team, and if anything interesting happens I’ll take pics.