Yesterday a few of us were hanging out at the Saucer as usual on Tuesday. We thought about heading north to trivia at Ferraro’s, but I pointed out, “I want to hang out with the out-of-town members of the BBQ team. They have arrived in town, and they don’t know to go to Ferraro’s.” We texted around, and an impromptu cookout on the rooftop of Barton Flats happened. Here are a few pics. 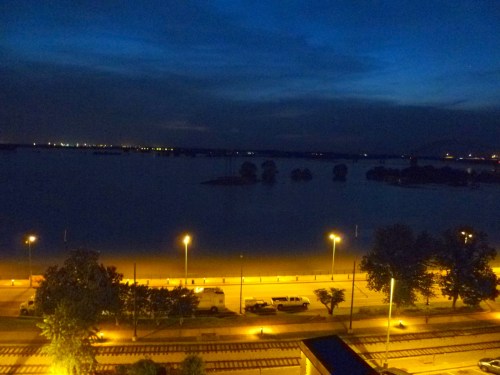 River view from the rooftop 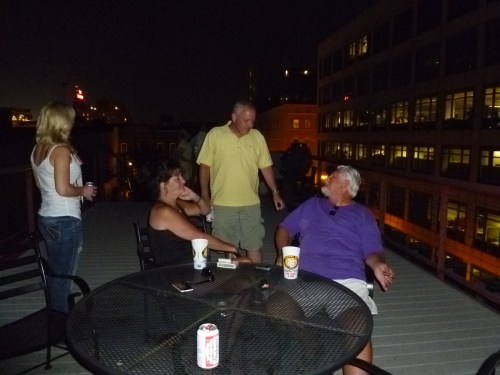 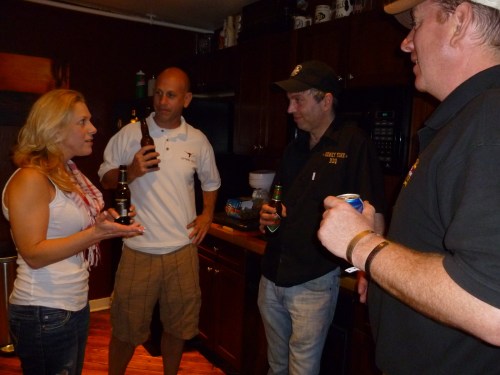 Nikki, Chad, team cook Willie, and team captain Chuck. Nikki told me, “I was first attracted to Chad when he ordered PBR.” I think that relationship is going to work. 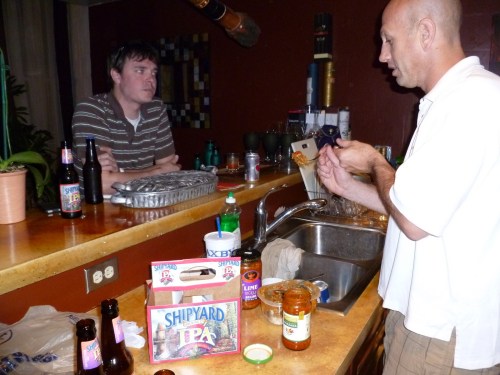 Chad tells Clay, “You’ve got to try this curry with a bit of this hot lime pickle sauce.” 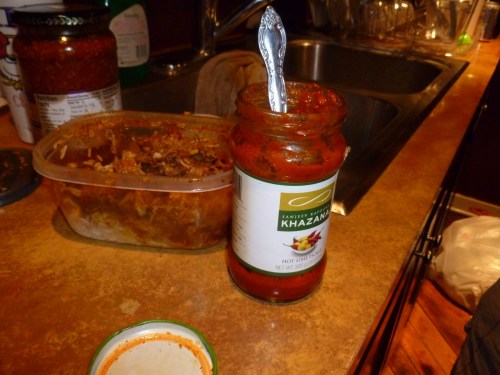 I had a bite of curry too and agree, it was pretty amazing. Here’s a pic of the lime pickle sauce in case anyone wants to try it at home. 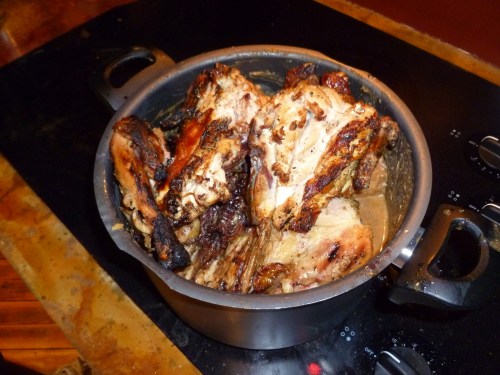 A chicken in every pot 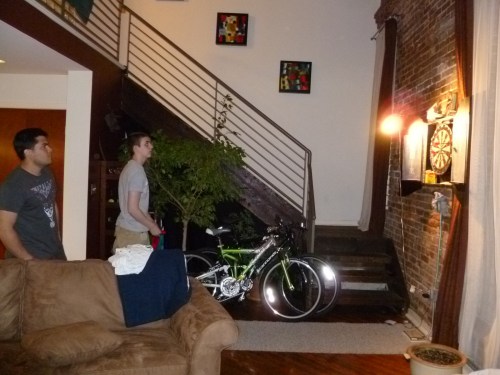 The fun officially kicks off today at Friends & Family Night. I’ll start the afternoon at the Saucer as usual, then about 5 I’ll hop aboard one of Harrah’s shuttles and head to the fairgrounds.

Up early and nothing to do today except wash my team shirt and Grizzlies growl towel, so there will probably be more posts.