Scary moment this morning… plugged the camera into the computer and it found 0 pics. I rebooted the camera and the pics were there. Whew. Yesterday was a good day, would’ve hated to lose these. 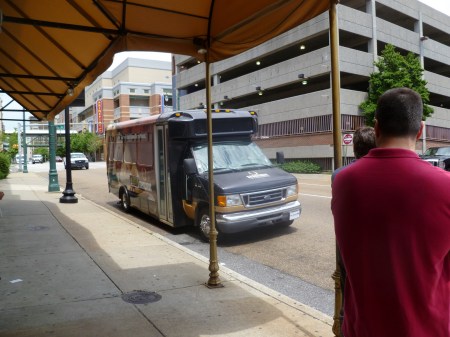 After a few warm-up beers at the Saucer, we went to the bus stop at Second and Beale, where the shuttle arrived to take us to BBQ Fest. 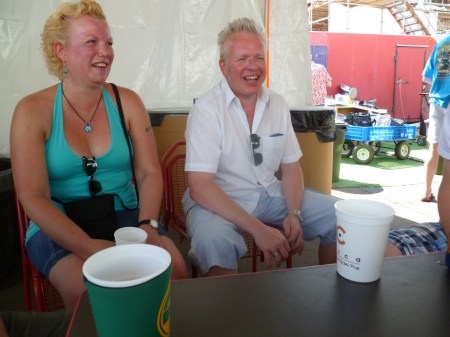 On the shuttle, we made new friends from Holland who had stayed in town an extra day for BBQ Fest. They didn’t know any teams, so we pulled out Ques Brothers wristbands and invited them by. Our cooks gave them a tour of the BBQ equipment. 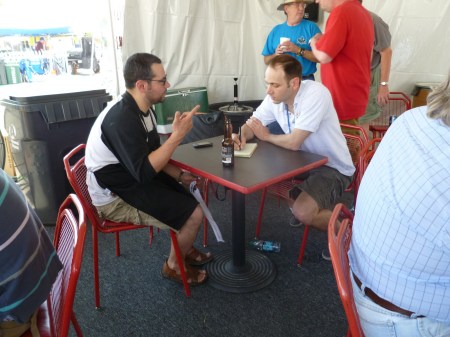 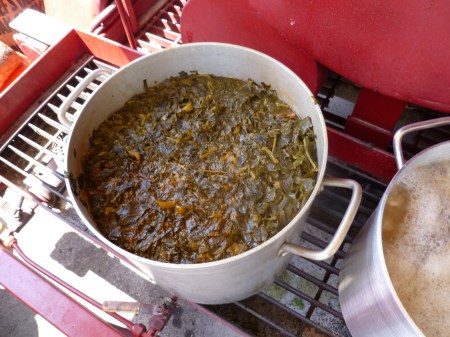 Believe it or not, I actually ate a green vegetable yesterday, thanks to Squeal Street BBQ’s amazing cook Gloria Jean. 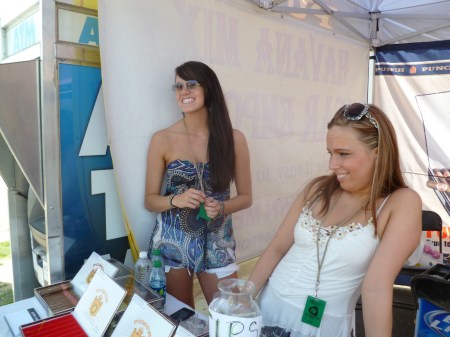 Rebekah and friend at the Havana Mix cigar booth. Rebekah is appropriately attired for BBQ Fest in a tube top. 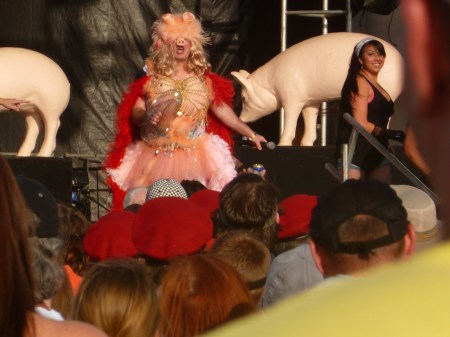 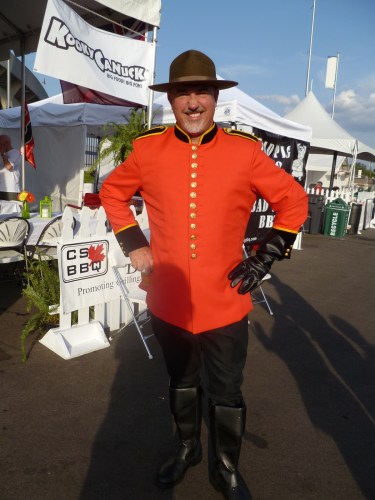 Ever wondered who Kooky Canuck’s “Wobbly Mountie” cocktail is named for? Now you know. 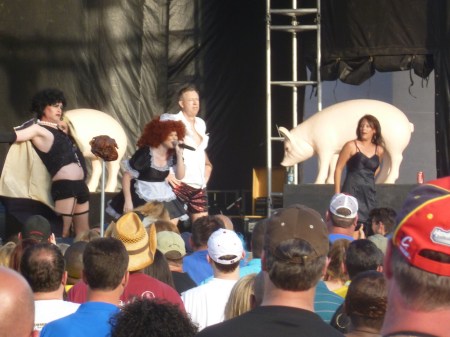 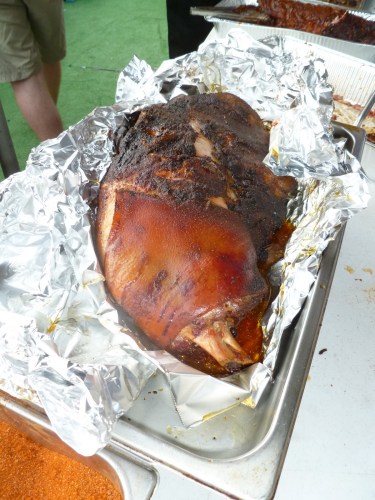 Look at the beautiful color of this Ques Brothers pork shoulder. We’re in it to win it this year. 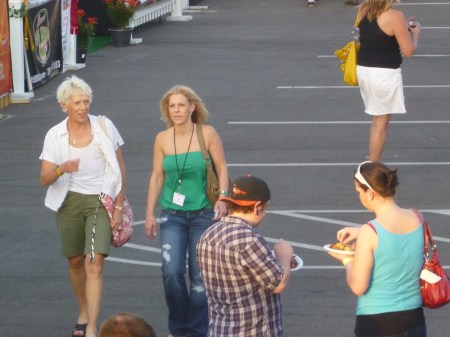 Embarrassing moment: I was up on the second floor of our booth doing PervertCam, and I zoomed in on a green tube top far in the distance. After I took the pic I realized I had just used PervertCam on one of my BBQ teammates. 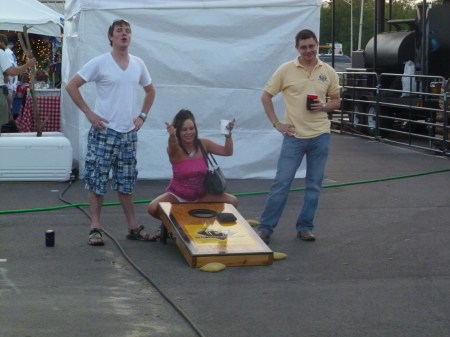 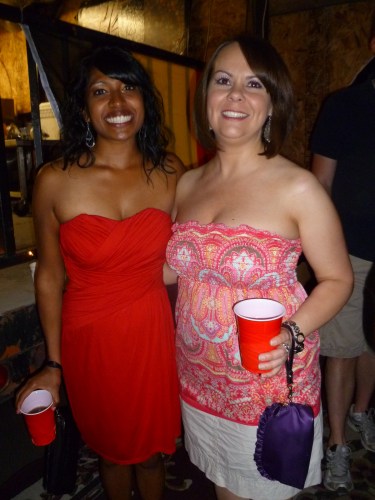 The tube top is the fashion statement of 2011, as shown by fashion-conscious Esther and Amy. 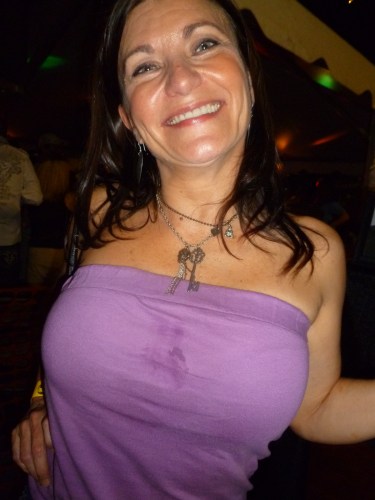 My saliva, pictured above center. Ladies, two weeks from today I have to select a title pic for Tube Top Month 2011. Right now this photo of Suzy is in the lead. 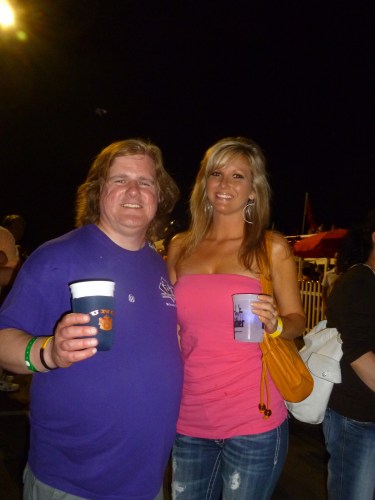 After Suzy got her own pic taken, she went next door to The Hogfather and recruited more tube tops for pics. 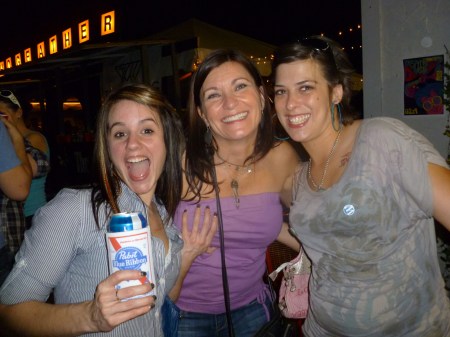 Brooke, Suzy and Bloom. Brooke better hold on tight to that PBR koozie. I WILL steal it if given the chance. 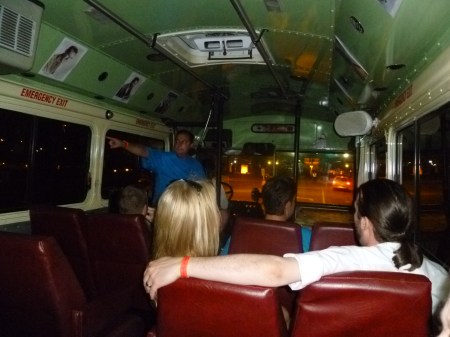 Complete photo album (188 photos) here. What a great night. And we’re about to do it again.