This afternoon some friends and I checked out the Brass Door, the new Irish pub that opened today. It’s in the old Tobacco Bowl building on Madison across from the First Tennessee building. 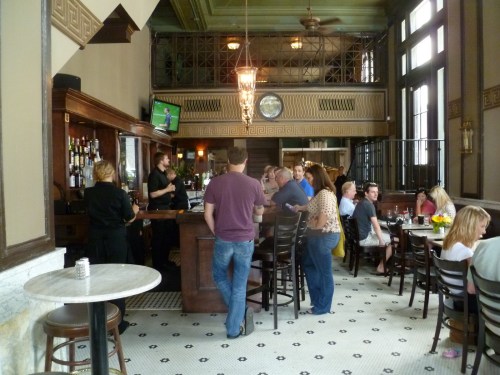 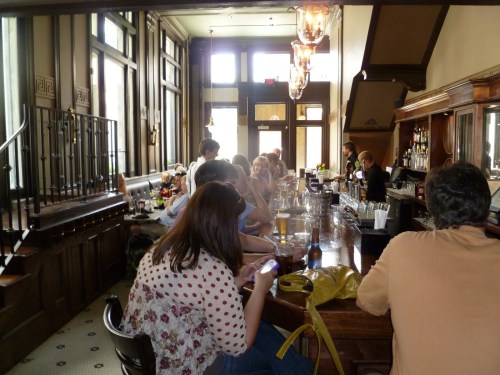 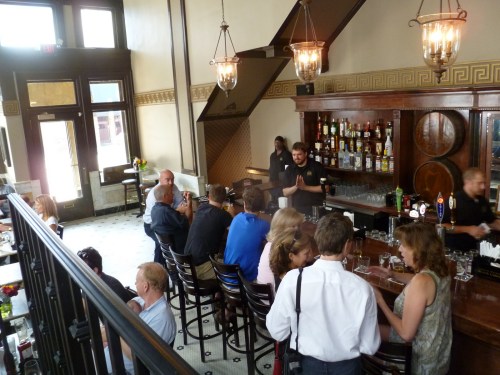 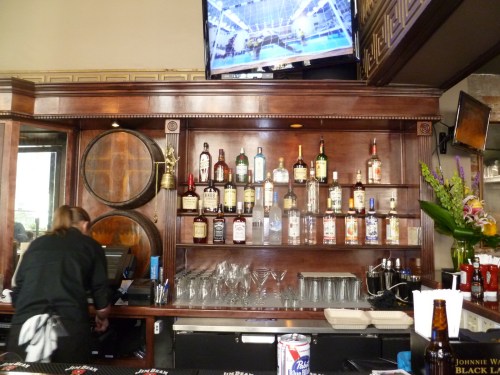 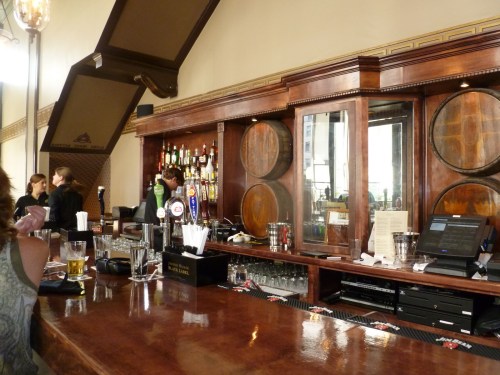 Very impressed with this place. If you knew it used to be the Tobacco Bowl, you’d see some elements that were carried over. Otherwise, you’d have no idea this used to be a cigar shop. There’s a downstairs too. I didn’t take photos of it because they’re currently using it as a storage area. It’s going to be really nice though. It’s as big as the upstairs, maybe even a little bit bigger, with a bar whose size is equal to upstairs.

Only slight negative is that the upstairs men’s room is a one-seater (don’t know about the women’s). That’s going to make for some lines outside the door. I assume there are additional bathrooms downstairs, although it isn’t open yet.

One big bonus: It’s NONSMOKING! We talked to the bartender about this and he said they’re trying to “redefine what an Irish pub is.” Good for them. There is no reason for any bar to open as a smoking bar in 2011. There’s a side door to the alley where you can easily step out and smoke. With the Beetle and the Brass Door both opening nonsmoking and the Saucer going that direction, it’s becoming increasingly clear that smoking is an artifact from an era whose time has passed.

They’re open tonight “until everyone leaves” (so you’ll be open until 9 AM then?), then they’re taking the day off tomorrow to discuss what worked and what didn’t, and Monday they’ll start regular hours. They’re still figuring out things like happy hour and whether they’ll be open for Sunday brunch. Main TV was tuned to soccer and a lot of people were excited about the Manchester United vs. Barcelona match that came on at 6.