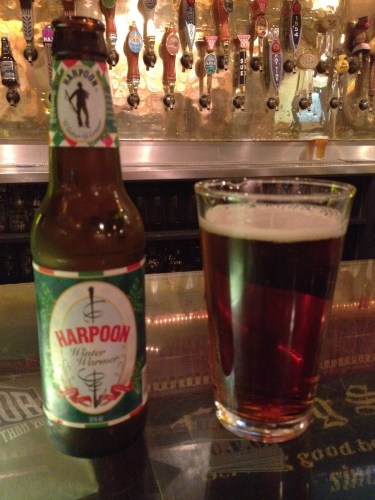 The best winter seasonal beer I’ve ever tried has returned to Memphis. Harpoon Winter Warmer is a spiced ale. The overall character, according to Harpoon’s website, is “a smooth, medium bodied ale spiced with cinnamon and nutmeg.” If you like pumpkin pie, you’ll probably love this beer. As you can tell by the background, I drank this one at the Saucer, but if you don’t like to drink your beer in bars, you might want to call a store like Raffe’s or Whole Foods to ask if they carry it. This is the second time I’ve seen Winter Warmer at the Saucer. The last time they had it, they only ordered one case, so if you want to try it you better hurry and get down there.

I had a great Thanksgiving yesterday. In the early afternoon, I rode my bike over to my friend Bob’s house on Mud Island, where we had turkey, dressing, mashed potatoes, gravy, green beans, dirty rice, salad and bread. This is the friend I sometimes refer to as “Bicycle Bobby.” This photo of his garage explains his nickname: 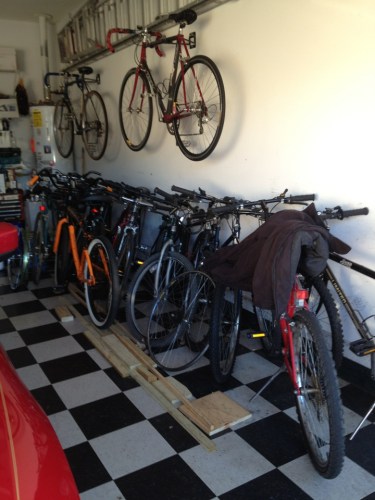 Bob thumped my bike’s tires and asked how the ride over was. “Pretty rough,” I told him. “I didn’t think it’d be that bad a ride.”

“Well, that’s because your tires are inflated to about one-third of their proper pressure!” he said. I need to invest in a tire pump with a gauge on it.

I rode back Downtown with newly-inflated tires, and sure enough, the ride was much smoother. As always on Thanksgiving Day, I arrived at the Saucer right at opening time at 5 PM. I got fussed at by the girls for not bringing them a plate from my Thanksgiving dinner. What was I going to do, balance it for two and a half miles on a bike? Very interesting night up there, as is usually the case on Thanksgiving. Some of the conversations I had (and a photo I took) have been deemed inappropriate for the blog, but will be shared with select friends.

Maybe I’ll do another post listing events going on around Downtown today, but let’s face it, there’s only one event that matters: The Arkansas-LSU game at 1:30 PM today. If you’re not a fan of either school, here’s why you should root for the Hogs: If the Razorbacks win, then LSU, Bama and Arkansas will remain 1-2-3 in the BCS standings (although probably not in that order). Due to the incredibly stupid BCS rules, only two teams from a conference can play in BCS bowls (national championship, Rose, Orange, Sugar, Fiesta). So the #3 team in the nation will play in the Cotton Bowl, while a crummy Big East team that is not within miles of the top 25 will play in a BCS bowl. That’s so ridiculously stupid that it will force the BCS rules to be rewritten for sure. So, if you hate the BCS concept, root for Arkansas!

Just a few hours until it’s time to CALL THOSE HOGS!!! Currently trying to decide whether Max’s or Saucer will be my watch location. Either way, I’ll have a beer in my hand and will be loudly cheering the Razorbacks. Wouldn’t mind seeing Auburn knock off Alabama today too. WOOOOOOOOOOOOOOO PIG SOOOOOIEEEEEEE! 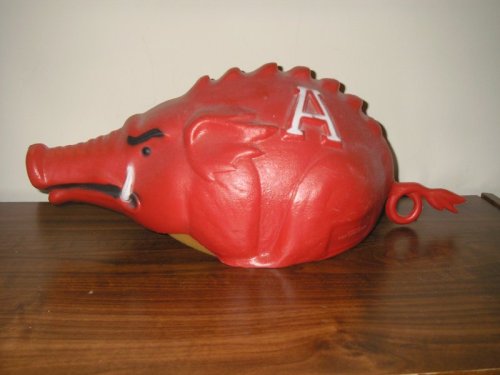