I took the MacBook to work and tried to post this at lunch, but our Internet connection was down until 3. Sorry. These are pics from the Beale Street Wine Race yesterday. 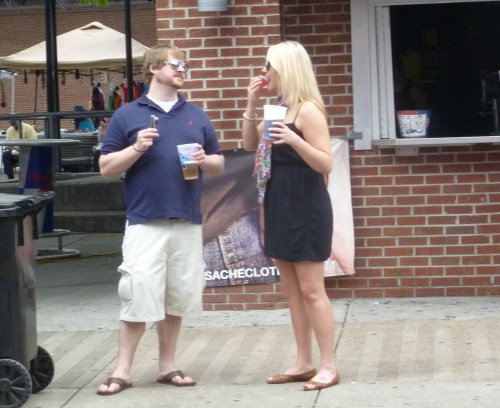 I got there about 30 minutes early and got a Call-a-Cab from Wet Willie’s before the line got long. Across the street, Cayla kicked things off with a jello shot. 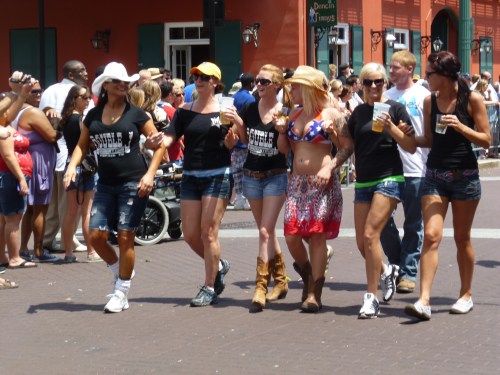 The Double J team in the parade 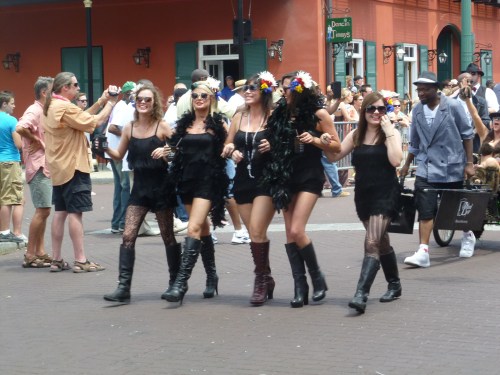 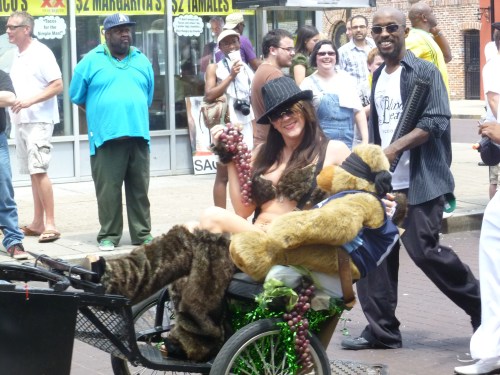 Queen of the Vine winner Trish 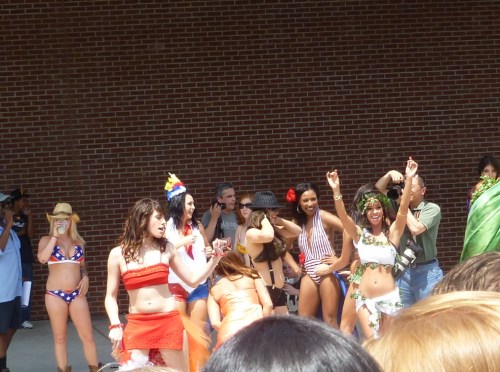 Queen of the Vine contestants shaking their stuff. Did anyone else notice that the QotV contestants were a lot less skanky than last year? 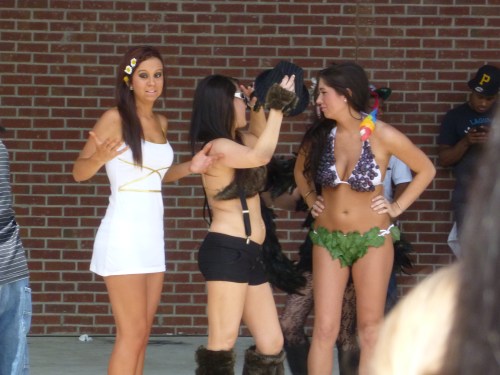 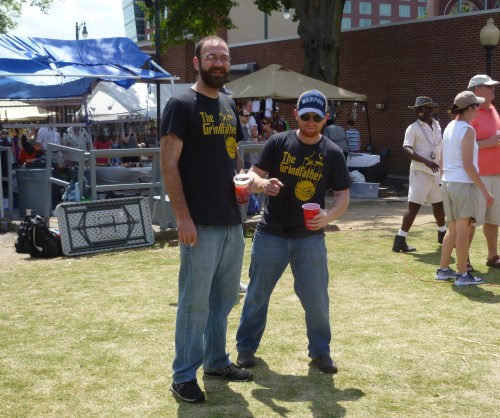 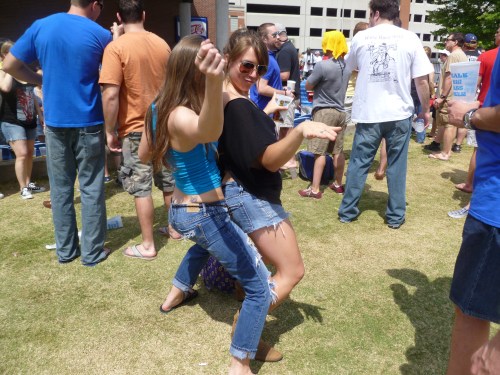 Kyla and Amy working it 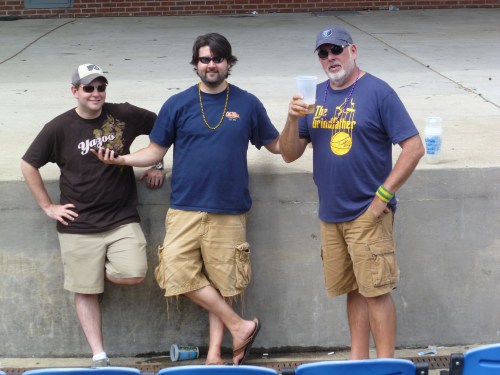 Jeremy, Brian and Gary relaxing after Queen of the Vine 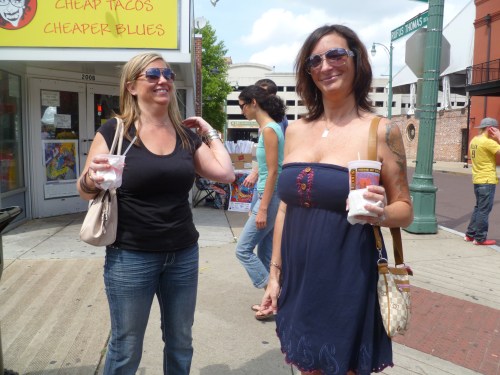 Okay, I’m about to go on a rant here. First of all, though, I want to say that there is absolutely nothing wrong with the rightmost 50% of this photo. Beth is a tube top superstar and a fashion role model.

But, here’s what makes no sense to me. You’d think that the person who has spent the past week hounding me to get a 38103 tube top created would wear a tube top to Wine Race. But no. She goes and wears A BLACK T-SHIRT WITH A POCKET. What the f… a black T-shirt? Really? For each of the past seven years, I’ve spent an entire month educating the public about tube tops on my blog, and apparently it’s done no good at all. FAIL FAIL FAIL FAIL FAIL.

Even worse: She asked me if she should go home and change, and I said yes. Did she? No. She wore that stupid black T-shirt all afternoon at Wine Race. Then she wore the T-shirt to BB King’s patio. Think how much more attention that patio would have attracted if she’d had a tube top on. Think of how many more people would have sat in our friend Terry’s section. Think of how much more tip money he’d have made. Think of all the nice things he could have bought his beautiful daughter with that money. But I guess some people don’t care about the children. Some people only care about wearing a black T-shirt. With a pocket.

Okay, rant over. Let’s get back to the debauchery. 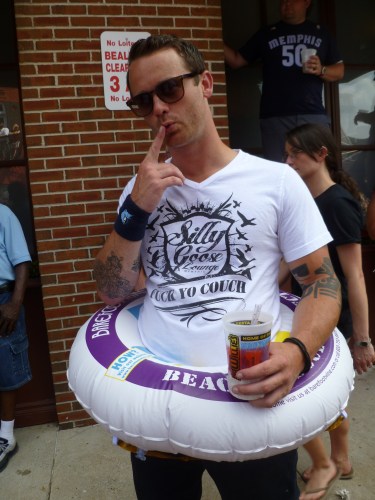 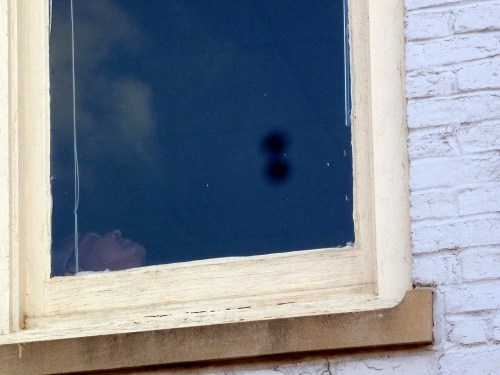 With Wine Race and a late Grizzlies game on the same day, you have to take breaks. Here’s Mikey taking a nap. 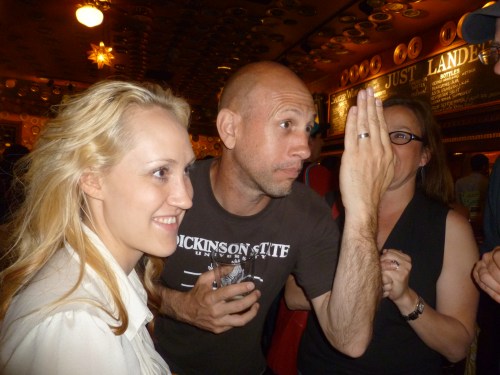 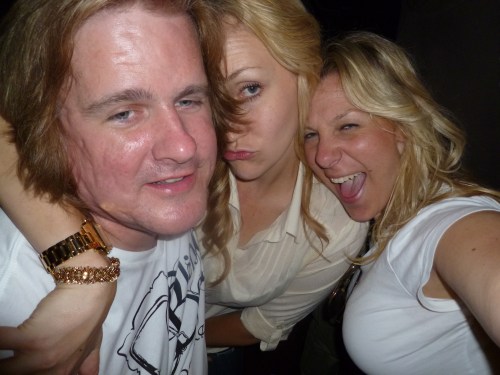 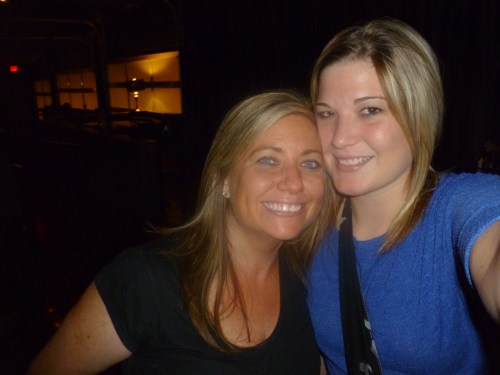 Full album here. Now, the next order of business is for BBQ Fest debauchery to exceed Wine Race debauchery. Last year I motorboated a GILF in our booth, so obviously the bar is set high.