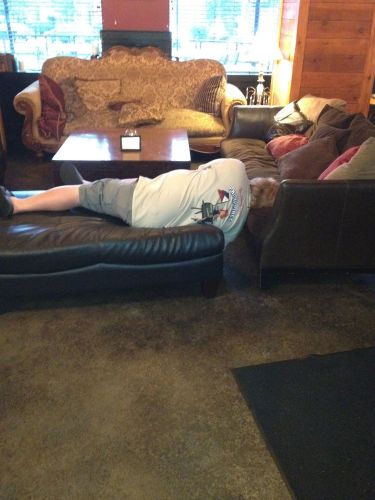 Nap time at the Goose 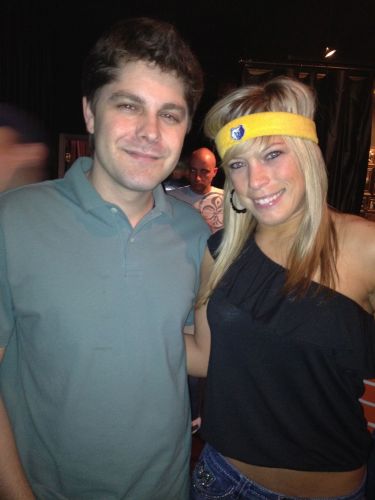 Kevin Cerrito and Ciara in Grizzlies headband. Kevin, by the way, hosts trivia tonight at Ferraro’s Pizzeria and Pub. Prizes for the winners and for the best team name, and $1 PBR and Rolling Rock. 8 PM start time. 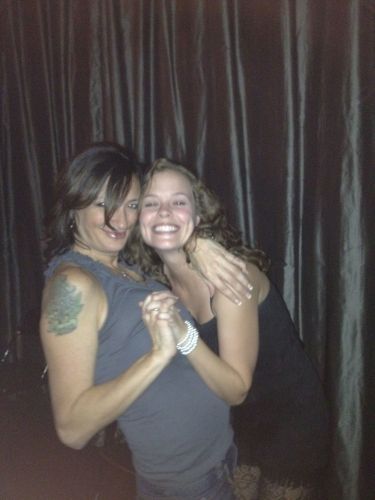 Beth and Amanda at the Blind Bear 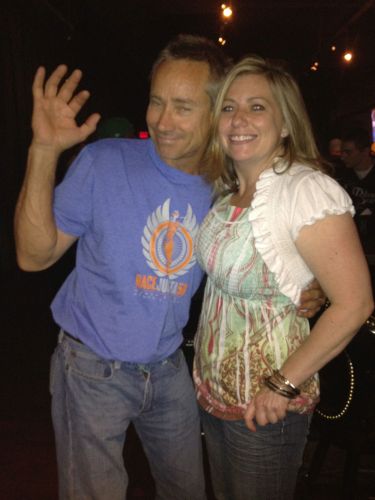 Kelly and her dad at the Bear. As usual, no tube top and plenty of excuses from Kelly. 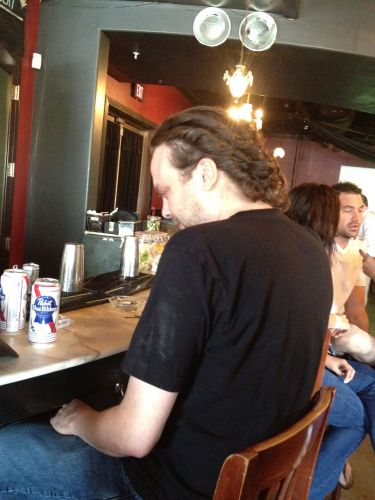 Otto with his hair braided 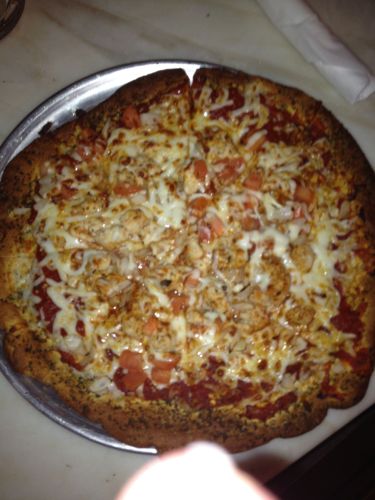 Pizza from the Goose. The Silly Goose changed its menu about three weeks ago and really expanded their pizza selection. This is the Mexican/southwestern pizza (can’t remember its exact name). You can get it with chicken or beef.

In other news, if you’re wondering where the black smoke was coming from this morning Downtown, there was a junkyard fire at Chelsea and Breedlove.

Congratulations to the Oklahoma City Thunder on whipping the L.A. Lakers last night, beating them by 29. Also congrats to James Harden on winning the NBA Sixth Man of the Year award. Harden, of course, returned recently from a concussion thanks to a vicious elbow by Ron Artest near the end of the regular season. When asked if he would shake Harden’s hand before the game, Artest said that he doesn’t shake hands with substitutes. Artest should have changed his name to Metta World Piece, because he’s the biggest piece of shit in the NBA.

Lunch plans have been decided. The Scratch food truck is parked at Second and Court. Follow them on Twitter at @MobileScratch.