Few things from this weekend that I forgot to blog. First of all, I had an “Ask Paul” question:

Sometimes I see it spelled as “tubetop.” How do you feel about this?

Merging two words used together into one is a trend I’ve noticed a lot lately. I see “eggroll” and “hotdog” often, as opposed to “egg roll” and “hot dog.”

Let’s see what the AP Stylebook says about this…

Just kidding. Like I give a rat’s ass about the AP Stylebook! My ruling is that either “tube top” or “tubetop” is completely acceptable. It’s not how you write it; the important thing is that you wear them.

Pete and Josh, the brothers whose company printed the BBQ team shirts, are avid pool players. Pete in particular is known to over-estimate his abilities on the pool table. So, Sunday we were at the Saucer, and Pete proposed a double-elimination pool tournament. Here are the results:

Game 3: I defeated Josh, eliminating him.

(Really, I think Josh should have played Pete in Game 3. “Winner keeps the table” is standard at pool, but it puts the leader at a disadvantage in double-elim. But, whatevs, in the end it didn’t matter.) 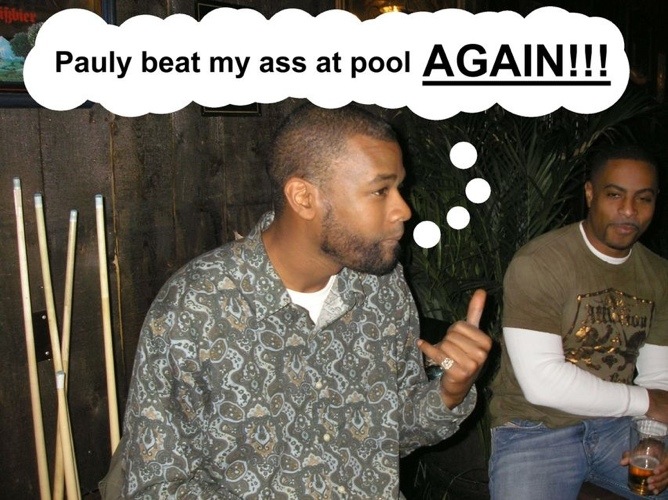 (Typing this from my phone. Apologies if the image is not the right size)

As we were playing pool, I noticed this: 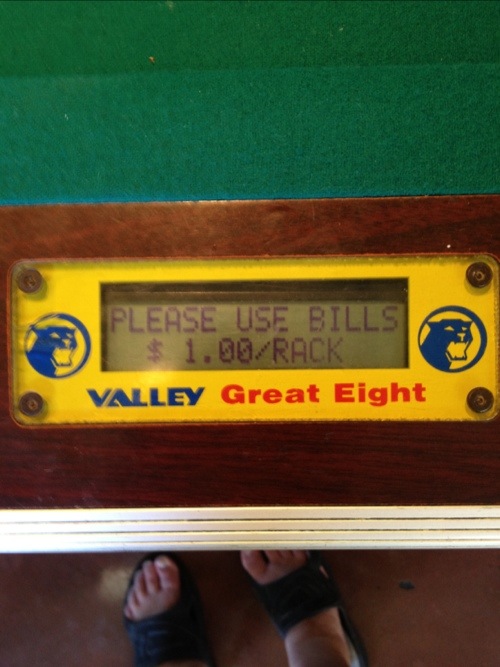 What’s awesome about this is, the Flying Saucer has cut the price of pool from $1.25 to $1.00. How often do you see prices go down in this day and age? A very good move! The table accepts both quarters and dollar bills.

Squeal Street BBQ team members Talley and Robert showed up at the Saucer a few minutes later, and we had a great conversation about BBQ and politics. Love hanging out with those guys. They hadn’t seen the future home of Aldo’s Pizza Pies, so we walked up there.

Robert walked right in, and Talley and I followed. A guy named Mose stopped us and told us the public wasn’t allowed in yet- but, realizing he was looking at three of the restaurant’s future regulars, Mose invited us to look around for a quick minute. We snapped a couple of pics. 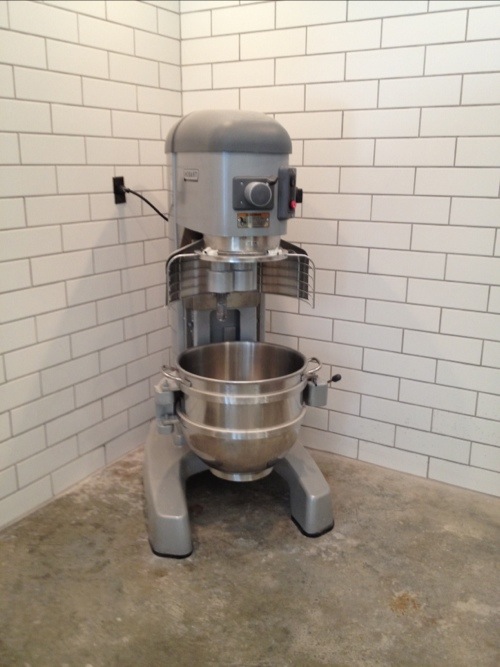 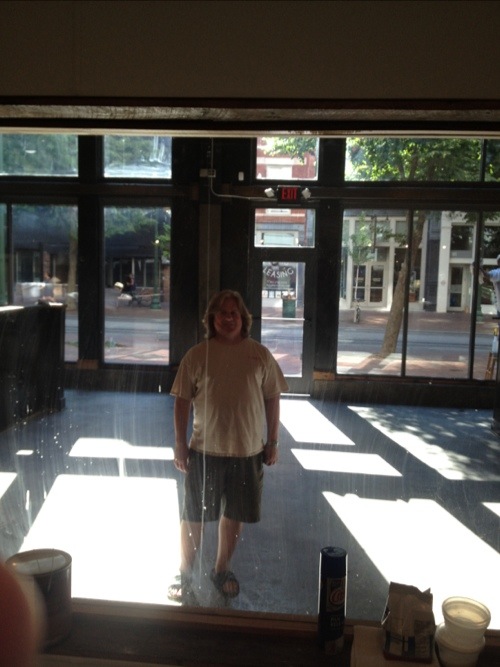 That place is huge. It’s nearly the size of the Saucer. Found out yesterday that one of the bartenders will be a familiar face too. I am going to enjoy that restaurant!

Talley and Robert decided to join me for a beer or two at the Blind Bear. Along with a few people who hang out at the Goose on Sunday, we had the run of the bar. As we were drinking, we were treated to a guest appearance by the one and only… 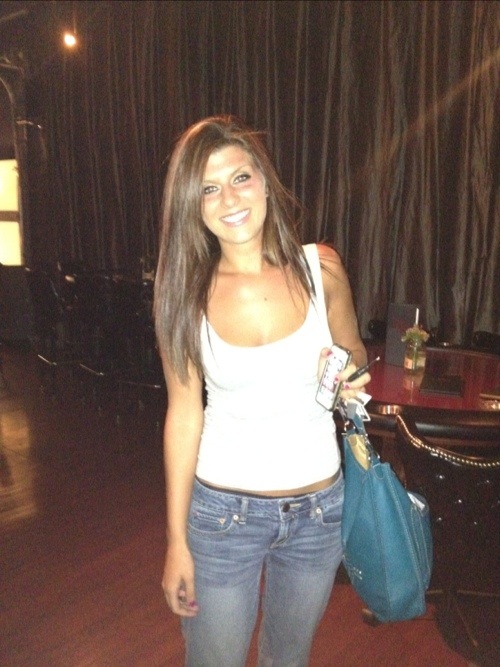 BRICK!!!!!!!!! She didn’t get the memo about Tube Top Month, I guess. As my friend Ishtiaq would say, “She should wear her birthday suit!” Which by my definition would qualify as a tube top (no straps).

I finished the evening with to-go food from Bardog. I got the Bardog Poo Poo, which is their appetizer sampler. It’s named after the Puu Puu Platter sold in many Chinese restaurants. Buffalo chicken tenders, shrimp skewers, fried pickles, and fries. 4 dipping sauces. (Edit: I knew I forgot something. Egg rolls. Or eggrolls. Whatevs. At least I was in Downtown Memphis keeping it real, unlike some of my readers who hung out in Pigshit, MS.) Just an immense amount of food. Half of it is in the fridge waiting for me to get home.

A Sunday that turned out to be Fun Day indeed. Again, posting from my phone- if the pics are the wrong size I’ll fix them when I get home. Right now, time to hit Publish and get back to my beer.