Lots going on today, not surprising since it is a beautiful fall Saturday. The Big Scoop Ice Cream Festival is at AutoZone Park today from 11 to 4. There will be nearly 20 vendors serving all kinds of goodies, including Blue Bell, Yogurt Mountain, La Michoacana, Turner Dairy, Maggie Moo’s, Krispy Kreme, and many more. There will be live entertainment by the Wuvbirds, 3 Artists 1 Yard, STAX Music Academy, Typewriter Ribbon, and Valeria’s Wings. This is an important enough event that regular blog reader MILF2B is making a rare trip north of State Line Road.

From 5 to 10 tonight there will be a big street party at Second and Peabody Place: Memphis Oktoberfest. Beer tastings, a bratwurst-eating competition, food trucks, live music and a lot more. Ticket sales will support Parent Project – Muscular Dystrophy: Leading the Fight to End Duchenne. 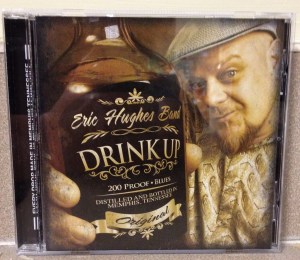 At 8 PM tonight, the Eric Hughes Band will celebrate the release of their new CD Drink Up at The Warehouse. Should be some great music and fun times in store for those who attend. The Warehouse is the green building at the northeast corner of Front and G.E. Patterson Avenue, in the South Main District. If you want to hear live music and are in the mood for some real Memphis blues, The Warehouse is the place to go this evening.

(Note: CD packaging is a hard thing to shoot a photo of, especially with an iPhone camera. It took me longer to line up a decent shot of this CD than it did to type the first three paragraphs of this post.)

I found this excellent link in a weekly email I received recently: The Atlantic Cities. If you are into urban life there may very well be articles that interest you. Topics include neighborhoods, housing, jobs and the economy, commutes, urban trends, the arts and lifestyle, technology, and politics. As someone who believes in the heart of a city (and demonstrates it by living there), I find this site to be a must-bookmark.

In the same email I found a link to a site called Logo Garden that lets you design your own logo, for free. Readers of this blog who are working on startup businesses might want to give it a look.

Last night I was at the Blind Bear and I received a food tip from one of my poker buddies. There’s a truck that parks itself at the corner of Chelsea and Thomas (Highway 51) that sells awesome tamales. It’s not walkable from Downtown like most things I blog, but from what he tells me it’s worth the drive. Maybe I should make a list of “not technically Downtown but worth a very short drive” places. The tamale truck and Roxie’s Grocery would be on that list. There’s a soul food place that is also at Chelsea and Thomas (can’t think of the name off the top of my head) that would make the list too. The original DeJaVu on Florida Street would have made the list, but there’s no need to drive there anymore now that the Main Street Mall location is open.

From Gizmodo: The origins of 11 common drinking phrases including “three sheets to the wind,” “groggy,” and “booze.”

I’ll go ahead and use one of those terms in this post. I’m feeling a little groggy this morning. The photo below may provide an explanation. 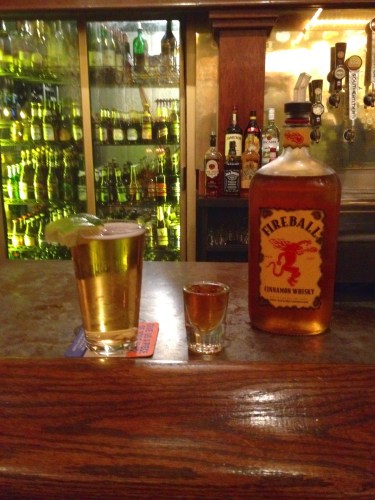 I’ve been asked “don’t make a big deal of it” but it you look carefully, you may find information about a new product offering at one of Downtown’s bars. Note the Dos Equis Lager with extra limes (which I only drink at one bar) and the first four of 70 tap handles on the wall in the background.

Okay, now that I’m done with the news, back to someone I mentioned at the beginning of this post. I’m going to have to come up with a new nickname for MILF2B in about a month and a half when she pops the kid out. Any suggestions? I already have someone I refer to as my favorite blogger/MILF and I don’t want readers getting them confused. I guess there would still be some differentiation, since MILF2B doesn’t write a blog, which is a good thing, because if she wrote a blog it would suck. It would be all about kids and DeSoto County and would be as much of a cure for insomnia as her Foursquare timeline.

Plans for today: No, I’m not doing the ice cream festival. I’ll kick things off at Panda’s bar at Bardog at 11, then at 5 I’ll head to Memphis Oktoberfest. What to do with the hours in between? Maybe I’ll eat at the new DeJaVu for the first time. If I’m able to walk to South Main after three hours of Oktoberfest, I’ll catch Eric Hughes at The Warehouse. Fun Saturday ahead. Let’s get it started!