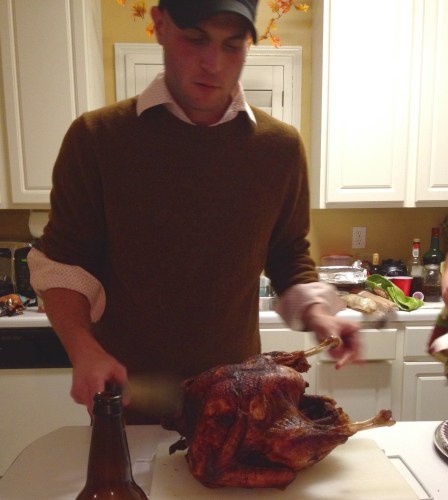 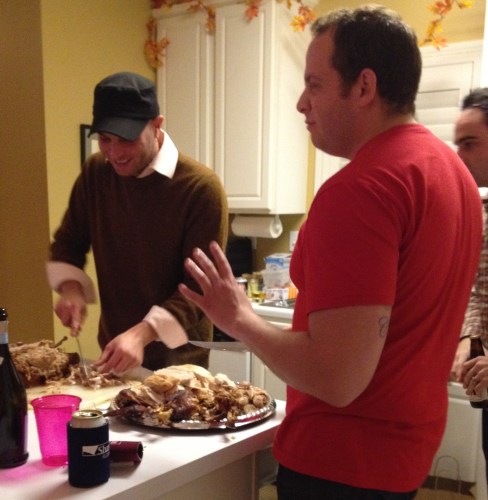 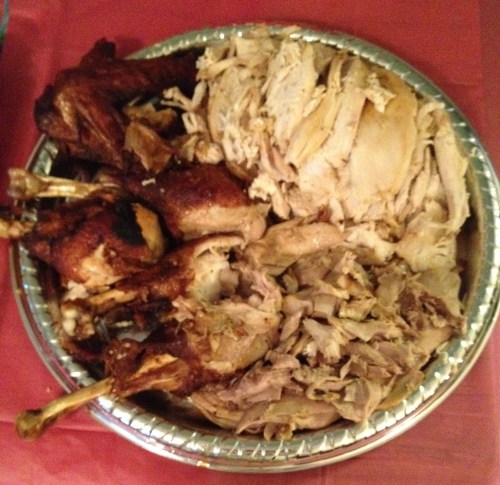 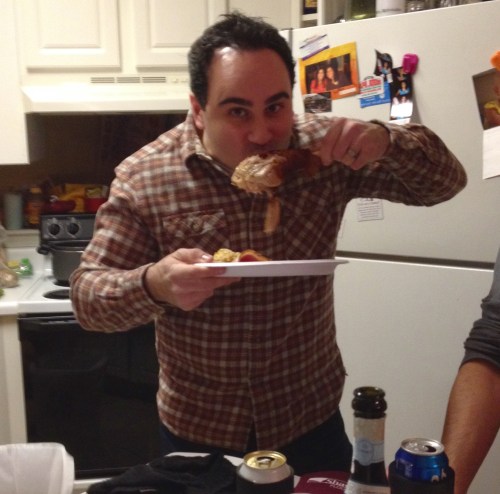 I’ll lead off this Sunday blog post with a few pics from our Friendsgiving potluck on Mud Island yesterday. There were about 30 of us there and there was turkey and ham and all the side dishes and it was a blast. No kidding, it seemed like there was more food at this dinner than we had the entire week of BBQ Fest. Everyone who wanted to go back for seconds, did, and the Nuh-Uh Girl could have gone back for sevenths, eighths, and ninths if she had been in town.

Although it’s not even Thanksgiving yet, I got an early Christmas present as the potluck got started. My Razorbacks shut out #8 Ole Miss 30-0. You think we’ll be ranked this week? My guess is not in the AP or the coaches’ poll (although we’ll come close) but we will be in the college football playoff poll. Has a 6-5 team ever been ranked before? It’s a testament to how strong the SEC West is this year. We’re bowl-eligible and it’s time to CALL THOSE HOGS!!!!!!!!

From the Bleacher Report: Arkansas sends a message to the SEC with back-to-back shutout wins

If you see these at a party, beware: 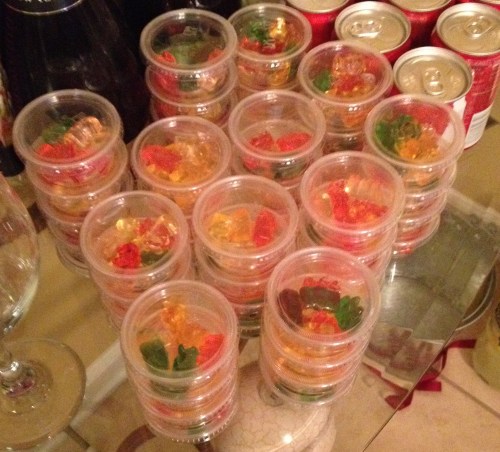 These are alcoholic gummy worms and they are far more potent than Jello shots. They got me Thursday night at BBQ Fest. They got me again last night, but it was a delayed effect. I actually managed to last from 11 AM to 1:45 AM without a “halftime” nap. We stayed on the Island until about 10 and then went out. Despite having four of these “shots” forced on me I was coherent and even managed to dance a little. About 1 I went over to the Saucer to have a beer at Jim’s bar and then called it a night. As I was walking home some of my favorites were coming out of the parking garage and said, “Paul! Come to Purple Haze with us!” but thanks to the gummy worms I had no energy left.

And now, on to the news… allow extra time if driving Downtown mid-afternoon. There’s a Break-a-Leg 5K departing from the Orpheum at 2 PM.

Memphis in May Beale Street Music Fest three-day passes go on sale for $75 Wednesday. The lineup has not been announced yet (nor has the forecast) so if you buy, you’ll be buying on blind faith at a big discount.

The Grizzlies host the L.A. Clippers at FedExForum at 5. All the Grizzlies have recovered from the stomach flu and are healthy for tonight’s game.

All right. Sunday morning. Time for church dranks. Leading off at Bloom’s bar at Bardog at 11, other stops to follow.