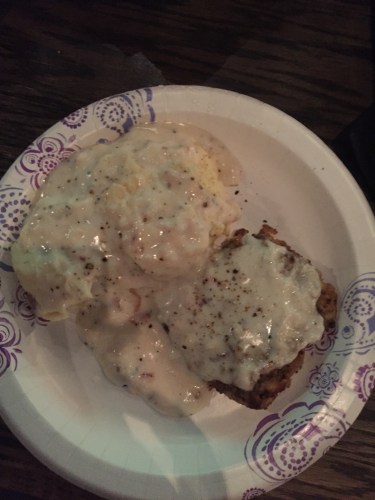 My friend Rodger, a Texan convinced that no place east of the Mississippi knows how to make a chicken fried steak properly, brought me his take on the dish. “You have to have mashed potatoes on the side with white peppered gravy on both,” he explained. It was delicious and a good start to my Saturday. 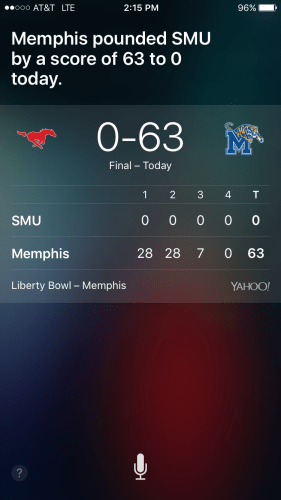 I asked Siri the score of the Memphis-SMU game. Siri told me the Tigers “pounded” SMU. 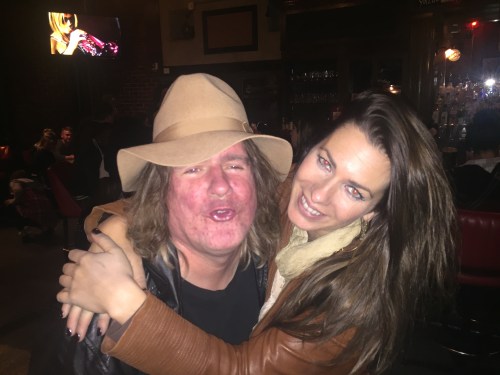 1:30 AM, Bardog: I stole Lauren’s hat and she said “You’re a writer, say something funny”

It’s the last day for Station 3: The Memphis Fire Haus at MLK Jr. Avenue and B.B. King (Third). The Fire Haus is a pop-up sports bar and beer garden with about a dozen craft beers on tap, flat-screen TVs and a projection TV, food trucks, cornhole, T-shirts for sale and more. It’s a neat concept. Check it out if you’re looking for something to do today.

There will be a pajama party at the Blind Bear Sunday, December 27 starting at 11 AM. I don’t really wear pajamas but I guess I will show up in my Arkansas Razorbacks Snuggie.

For those familiar with Nikki’s Hot Ass Seasoning, my friend Air Traffic Mike had an interesting idea. He crushed up Nikki’s Hot Ass chips and used them as the primary ingredient, other than flour, to bread fried chicken. He said it turned out really well.

The Grizzlies play Philadelphia tonight at FedExForum at 7.

All right. Time to wrap up this Thanksgiving weekend with D-RANKS with B-RAD at the Blind Bear. WeatherBug says it’s 46. That’s warm enough to wear shorts right?