Flyer Burger Week, presented by the Memphis Flyer and the Tennessee Beef Industry Council, is coming July 13-19. Restaurants around the city will be offering a $5 burger. Participating Downtown restaurants include Huey’s, The Dirty Crow Inn, Bardog Tavern, Aldo’s Pizza Pies, Tin Roof and more yet to be announced. Seth, I bet this is your favorite week of the year! 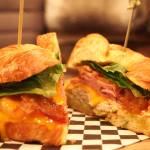 New lunch location! As of today the Silly Goose is open for lunches. Come by and try their sandwiches and gourmet coffee! The Goose is on Peabody Place halfway between Main and Second, next to the parking garage entrance.

The Downtown Memphis Commission is rolling out a new grant for Downtown ideas that are fun, creative, and/or artistic; ideas that will advance Downtown as an interesting, engaging and beautiful shared space to all who live in, work in, or visit our neighborhood. Get details on this new grant here.

The Downtown Neighborhood Association has two events coming up next week. Want to meet new Downtown Memphis Commission leader Terence Patterson and get to know his agenda for our neighborhood? He will speak to the DNA at the Cossitt Library, corner of Front and Monroe, on Tuesday, June 28. The event is free for DNA members and $10 for non-members. Social at 6, program at 6:30, and snacks and beverages will be available.

Two days later, on the 30th, it will be time for DNA happy hour, this month with a river view. It will happen at the River Inn of Harbor Town, on Mud Island starting at 6 PM that night. All are invited to attend. Drop by for a beverage, or stay a while and make a night of it.

I don’t know if there are people out there who read my blog every day who just love mac & cheese. However, on the chance that I do have such a reader, I want to mention that Burger King is teaming up with Cheetos to roll out Mac & Cheetos. Following in the footsteps of Doritos Locos Tacos, Burger King is the latest fast food chain to create a hybrid food with a Frito-Lay product.

The Grizzlies have announced their team for NBA Summer League in Las Vegas. They will play the NBA D-League team July 8, Denver July 9, and Milwaukee July 11, and then will participate in a tournament to crown a champion July 18.

Useful: How to turn off “______ is now live” notifications on Facebook

Pro wrestling fans: There’s a GoFundMe to fund the funeral for wrestler Gypsy Joe who performed in and around Memphis for many years, both under that identity and as half of The Blue Infernos. He was one of the early pioneers of hardcore wrestling.

From The Stupid Files: Texas dad tried to save baby left in hot car by putting her in the fridge

Life Is Good now has cornhole outside the store every day for you to stop and play.

Mike Miller has said he would return to the Grizzlies if there is interest. Miller is a free agent this summer. Come back Mike, make my #13 Miller jersey relevant again.

That’s all for now. Probably another post later today with Farmers Market news and more.