Before I get started about what’s been happening with me, I want to post that Abandon Ship will play their first gig ever at Blind Bear Friday night. This is a very talented duo and I have heard them practice. Come out and lend them an ear. They start at 9:30.

On Tuesday I was having a lot of trouble trying to find someone and take my mother’s stuff away so I could hand in her keys and get back to Memphis. After getting about a dozen “no, we don’t do that” responses I called Little Rock’s Union Rescue Mission. They listened to my story – that I’m an only child from our of town burying my mother – and they said “we’ll do all we can for you.”

Indeed they did. Four men and a truck met me at 9 this morning. They were so happy to be there. They saw my mother’s donations and I could tell they were excited that people in need would receive her furniture, clothes, and other items. Even items as simple as a coffee mug were appreciated. I could also tell that, besides the donations they received, they were just happy to be there serving others, having possibly been through some previous rough times. God bless those four men.

I did rescue one item from the Mission truck, my mother’s jewelry box. There’s nothing terribly valuable in there but I want to take photos to send to my cousins. If they can identify anything as my grandmother’s they can have it. I don’t need jewelry. When my mother moved out of her house in 2008, I got the chance to take anything of my grandmother’s I wanted. She had a green plastic watering can that she and I used to water the violets when I was 5. That can is more valuable to me than any jewelry will ever be. That is the only memento I need.

I also have a memento of my mother’s, a love bug she sent me for Christmas 2014. 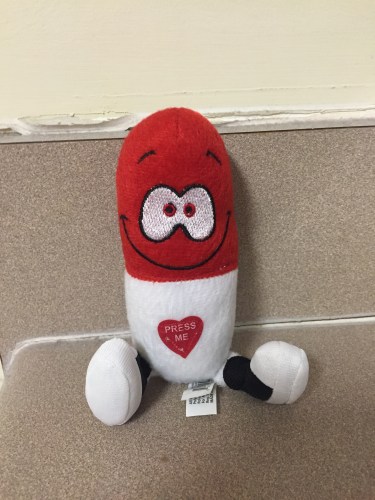 That’s why I didn’t mind giving away the stuffed animals Mama slept with to her neighbors. I already had my memory. The love bug has been sitting on counter watching over me for two years now.

I expected getting my mother’s belongings out of her apartment to be an all-day task if not more. Thanks to the folks at the Union Mission it was over in just a little over two hours. I drove back to my Downtown Little Rock hotel and then it was time to get lunch. I went back to the River Market where I had eaten the day before. 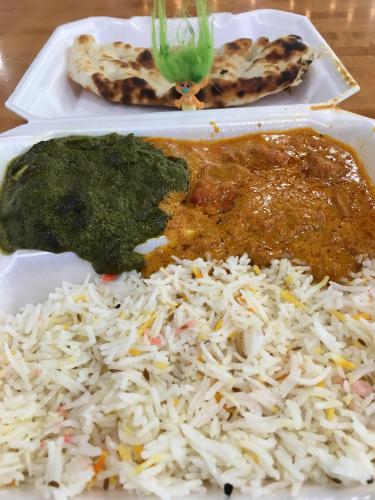 After checking out the various ethnic foods, I had to go back for a second helping of Indian food. I got the chicken tikka again, but my troll suggested I get the spinach as my second entree because it was the same color (approximately) as her hair. I have to say, it’s been interesting having a troll the past month. That spinach was spicy and I love spicy food, so it was a good call on her part.

Heading back to Memphis after I get some sleep. I’ll be back with another post Saturday or Sunday or so then things will gradually get back to normal.