For those of you who might visit Little Rock at some point in the future, I have a quick tip about a place that I discovered yesterday: The Ottenheimer indoor market on President Clinton Avenue between Rock St. and River Market Avenue. I had been in there years ago, but it was mostly vendors selling various things. Now it is almost completely a food court. 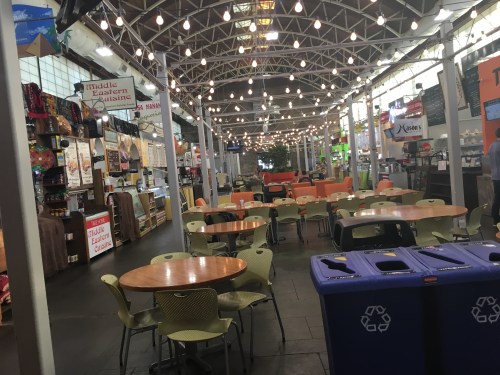 They have almost any type of food you can imagine, and it’s not Sbarro/Chick-Fil-A mall food court kind of stuff. It’s the real deal. It’s also inexpensive. Among the varieties of food were Mexican, Middle Eastern, Indian, pizza, sandwiches, burgers, Thai, sushi and teriyaki, and cupcakes and pies. Also, I don’t know if any of my readers are vegetarians who travel to Little Rock, but in case I do have such readers, I will mention that there is a vegetarian place as well. The seating is all open in the middle, so if you come with a group or family, each person can get what they want and then all sit together.

I decided to order from the Indian restaurant: 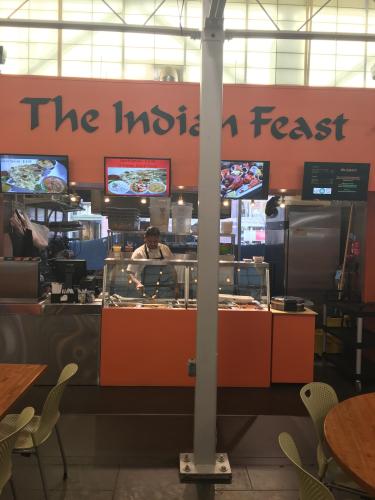 Two entrees and basmati rice with naan for $8.99 is not a bad deal at all. I got the chicken curry and chicken tikka. The food was excellent! 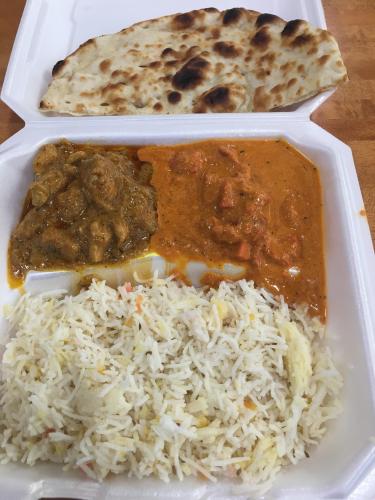 I wonder how similar this market is to the food hall concept going in at 409 South Main in Memphis. I would love to see something like this wonderful market I visited yesterday in Memphis’ downtown area.

My mother’s service at St. Mark’s Episcopal Church yesterday morning was beautiful and simple, just the way she would have wanted it. Many of her friends from her retirement community attended, as did a former boss of hers and a cousin from the Ryburn side of the family. She will be laid to rest at Forest Hills Cemetery near my grandmother.

I wish so much that the funeral could have been my final memory of my mother, but it’s not. Today I have to go over to her apartment and meet the Union Rescue Mission at 9 so they can haul away her stuff. This is going to be so hard.

My posts are going to be on an infrequent, when-I-feel like it basis for about another week, then things should get back to normal and I will get back on an every day schedule.