Do I have any readers who have social media experience, or who would like to gain social media experience to put on their resume? A local project to improve the community could use some help. A team of volunteers is working to bring recycling back to South Main. They are looking for someone to help administer their website and their Facebook page. The goal is to raise both money and awareness. If you would be interested in helping, email angela@copelandcoaching.com. Please send a resume, LinkedIn profile, or something that can be shared with the team.

Clarification – South Side Supper Club will not be at Belle Tavern every Tuesday, although they played last night and hope to be there again soon. I stayed for the first two sets and really enjoyed the music played with a violin, accordion, banjo, bass and clarinet. I have never heard Hall & Oates’ “Maneater” played as an instrumental before. Also, it was the first cover of “Hey Ya” I have heard that was good. Q had us well taken care of with drinks, and Perjorie T. Roll got to meet Q for the first time. 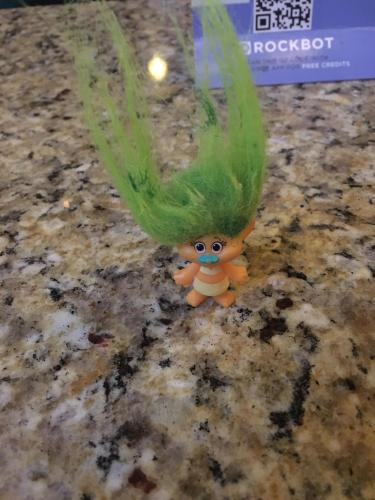 The lineup for Memphis in May’s Beale Street Music Fest has been announced. I doubt I’ll go (Music Fest is kind of a speed bump on the road to BBQ Fest for me) but I think the lineup is pretty good. Snoop Dogg, Ziggy Marley, Soundgarden, Midnight Oil… those are some bands and artists I would be interested in hearing live.

The Memphis Beer Bracket Challenge is underway on the Memphis Flyer website. Not familiar with the beers? Try them in special flights at Aldo’s Pizza Pies Downtown.

From Lifehacker: The science of why food tastes so damn good when you’re drunk. The CEO of Krystal should print this article out, frame it, and hang it on his wall.

Downtown Yoga will host a Spring Detox Workshop with Stephanie Congo on Sunday, March 5. There will be simple exercises and yoga poses to help integrate Spring into the body. Learn about different energies and exercises that can be integrated to keep the body healthy and vibrant. YOGA!

For my fellow wrestling fans: Cerrito Live has announced a new partnership with the Rec Room to bring wrestling pay-per-view events beginning with WWE Fastlane on March 5. Kevin Owens will defend the WWE Universal Championship against Goldberg. Yes, THAT Goldberg who dominated WCW in the late 1990s.

That’s it for now. Out at Silly Goose happy hour after work probably.