If you’re planning on dressing up in an elaborate Halloween costume tomorrow night, I have some inside info from one of the organizers of the Sinners for Saints Halloween Ball tomorrow night at Madison and Danny Thomas (Stop 345/Brinson’s/Tad Pierson’s indoor trailer park). She said that she had seen first-hand over THREE THOUSAND dollars worth of prizes to be split among the winners of the costume contests. That is the highest prize purse I have ever heard of for a Downtown Halloween event!

Not surprised they raised that much. I am friends with most of the people who organize Sinners for Saints and they are very well-connected down here, knowing many restaurant, bar, and business owners who are all happy to donate to this event which is a fundraiser for the Church Health Center. Whoever wins those contests is going to have some SWEET gift cards coming their way. 7 bands on 3 stages including Aquanet and Charvey Mac, karaoke in Brinson’s, food from some great restaurants, beer, punches, craft Jello shots, spiked gummi worms. If you want to be at the biggest Halloween party Downtown, this is the place. $60 at the door but as of this morning you can still buy tickets for $50 online. Party starts at 9 PM tomorrow.

I’ve learned that two bars Downtown are being re-done by Jon Taffer and his staff with the Bar Rescue TV show: Havana Mix, the cigar lounge on Peabody Place, and People’s, the pool hall on Beale. Taf and his folks were at another bar yesterday afternoon (not one being rescued) teaching the Havana Mix staff how to make cocktails.

Foo Fighters released a limited amount of reserved seats and floor tickets for May 3, 2018 show. Get them now ➡️ https://t.co/ibHadVwsvW pic.twitter.com/x0Nf9ek7Jx

Tonight is both South Main Trolley Night and the free night of RiverArtsFest, with live music on the G.E. Patterson stage. South Main Book Juggler will host a signing for Libertyland: Images of Modern America. Here’s a book description:

“Images of Modern America: Libertyland is a chronological look at the theme park’s life, from blueprints to its razing and beyond. Photographs were gathered from former park employees, guests, historians, Memphis-area libraries, and the Shelby County Archives. Born and raised in Memphis, author John R. Stevenson V rode his first roller coaster at Libertyland and considers his childhood days spent at the park unforgettable. This book is not only a tribute to Libertyland’s legacy, but also a history lesson for generations of Memphians to come.”

South Main Sounds Songwriter Night #70 is tonight at 550 S. Main from 6:30 to 8:30. They moved the time back a little to accommodate RiverArtsFest. Kentucky country artist Camille Rae will join Paul Crum, Sydney Carty and JB Whalen.

Check out these tips for jub hunting using LinkedIn, including one from my friend @CopelandCoach. If you’re job hunting in Memphis, she can help you.

The movie Trolls will be shown on the lawn tonight at Highpoint Church, 6 PM. 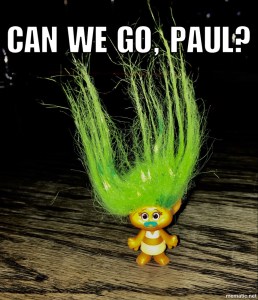 The 2017 Memphis Music Hall of Fame induction is tonight at the Cannon Center, honoring Roy Orbison, The Memphis Horns, Maurice White, Irvin Salky, Frank Stokes, Cassietta George and Cowboy Jack Clement. The induction this year is being held in conjunction with the International Music Cities Convention being held in Memphis this week.

Grizzlies players Deyonta Davis and Ivan Rabb have been assigned to G-league affiliate the Memphis Hustle.

Weekend is a few hours away! Back tomorrow with more news.