All-You-Can-Eat Thursday returns to AutoZone Park tonight, where fans purchasing a specialty ticket get access to a two-hour buffet. This week’s theme is breakfast, and items on the buffet will include scrambled eggs, sausage links, bacon, roasted potatoes, and bagels. Hot dogs will be part of the all-you-can-eat menu as well. $2 select beers around the park for Thirsty Thursday, and college students can get a bluff ticket for $5 with valid ID.

Walrus, an extremely popular Memphis band playing alternative sounds from the ’80s, will headline the Peabody rooftop party this evening along with special guest Logan Henderson. Admission is $15 general and $30 VIP and includes a buffet of mini meatballs and fried ravioli. If you’re in VIP you get an additional buffet of chicken parmesan skewers, mini muffalettas, and grilled Italian sausage. Tonight is Memphis Flyer Night on the rooftop and you can enter to win two tickets to Bonnaroo.

Tomorrow is the first South Main Trolley Night in nearly four years for which the steel-wheeled trolleys will actually be running. The Downtown Memphis Commission will offer free trolley rides for the first 100 guests, and after that rides will be just $1. To celebrate, a special South Main Stage will be set up at the bocce ball court at Main and Talbot, with House in the Mid-South playing 5:30-7:15 and The PRVLG 7:30-9:00. There will be other live music and DJs around the South Main District as well. South Main Association members, your member area will be near the South Main Stage this month, with complimentary food and beverages. Also, you can pick up your SMA membership card at the member area if you don’t already have it. What does the membership card get you? Discounts at

Last night I walked south to Max’s Sports Bar and made some discoveries. First of all, the new Explore Bike Share station at Main and Talbot is up and running. 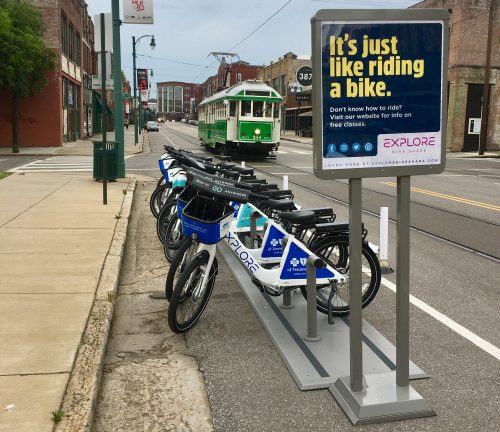 The Memphis Daily News has coverage of the Explore Bike Share launch that happened yesterday.

Further down Main, I discovered that the shop that used to be Sache (525 S. Main) is now Bumpus South Main Harley Davidson. 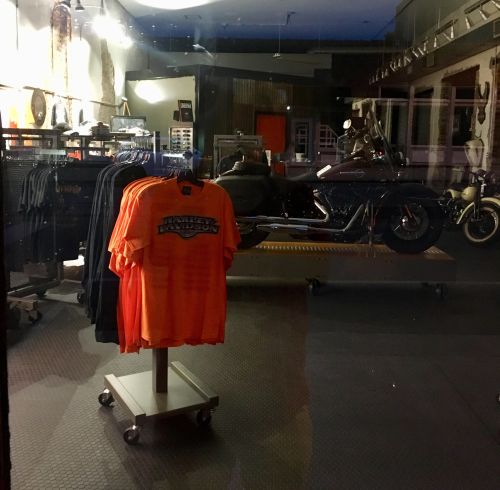 That’s a big change… from custom shirt printing and hair extensions to motorcycles in under two months. Wow.

When I arrived at Max’s Sports Bar I intended to get Purple Drank, but bartender Mike suggested I get Tiger’s Blood Coke instead. 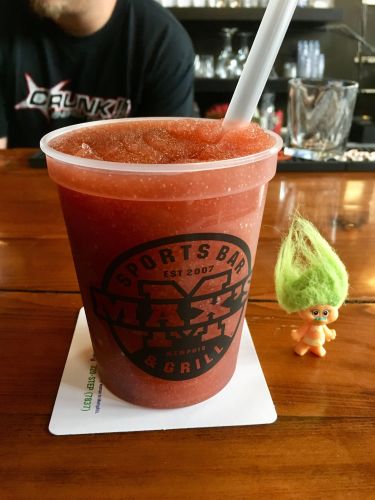 After I got back north I won trivia at Blind Bear. I had two partners, but they were ineligible for the gift card because one is an employee and the other is a troll. The question that won it for us: Name an African country that formerly had a 9-letter name beginning with A. Answer: Ethiopia (formerly Abyssinia)

The MBJ has a photo gallery of the progress made in the Central Station redevelopment. The 8-screen Malco Theater is set to open around Thanksgiving, and the hotel in around a year. There will also be a restaurant, a ballroom, and non-restaurant retail space as well as the Amtrak station itself.

High Ground News has coverage of a co-working space at 340 Monroe in The Edge District that will provide a place for artists and creatives to work and collaborate. The space will be by the artists, for the artists, and will be a place that’s ideal for those in between working out of their home and having their own studio or workshop.

In other news about The Edge, Yappy Hour is tonight at 6 in Triangle Park, the off-leash dog park. I have to admit I had no idea where Triangle Park was, and had to pull up Google Maps and put it in satellite view. The park borders Madison, Orleans, and Monroe. Across Monroe there is a parking lot, which Google Maps told me three people had given a 5-star rating. Who rates a parking lot?

The Flying Saucer has a new happy hour. Tuesday-Friday 4-7 PM all of their beers on draft (ALL of them) are $4 each. Those of you looking to get 200 beers to get a plate just got a way to get some of those beers done more cheaply.

My lunch adventure yesterday was a return trip to Neil’s Music Room for one of their specials: chicken fried steak. 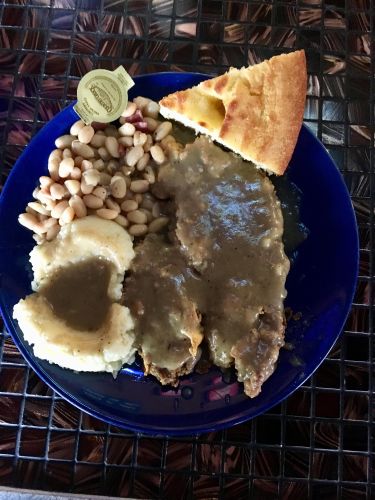 Neil’s meat-and-two lunch is very reasonably priced at $6.99. The white beans were the real standout, and the steak, cornbread and the mashed potatoes were very good as well (although my buddy Chicken Fried Steak Rodger will surely have something to say about brown gravy as opposed to white gravy). Check them out if you’re nearby and in the need of a good, wholesome lunch.