I attended the South Main National Night Out at the 409 South Main market last night. Here are some photos. 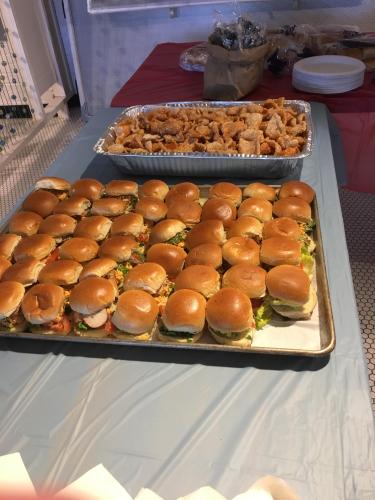 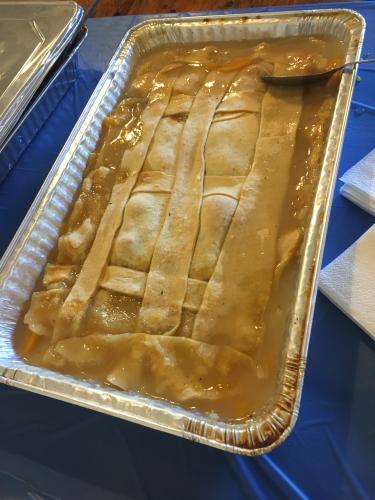 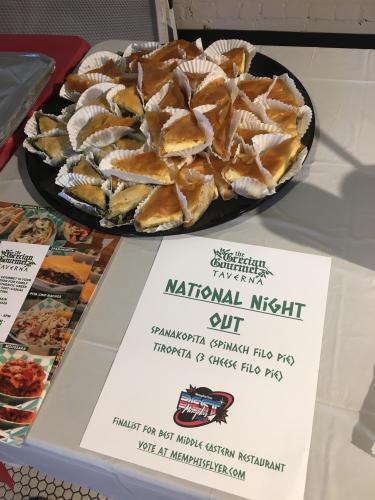 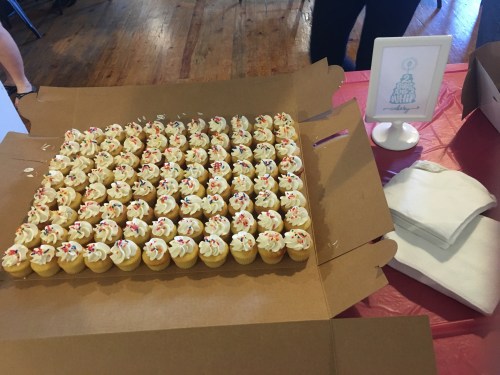 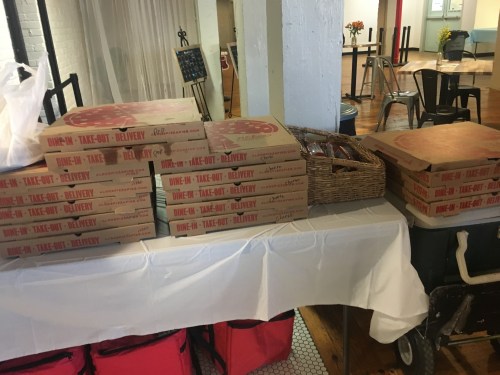 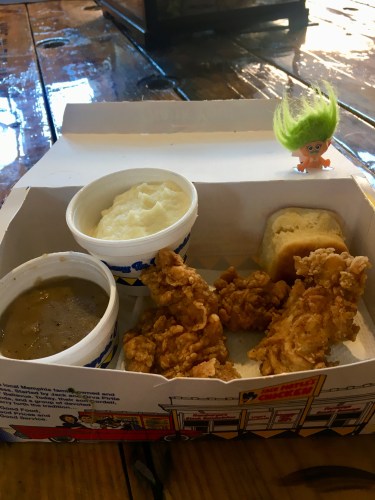 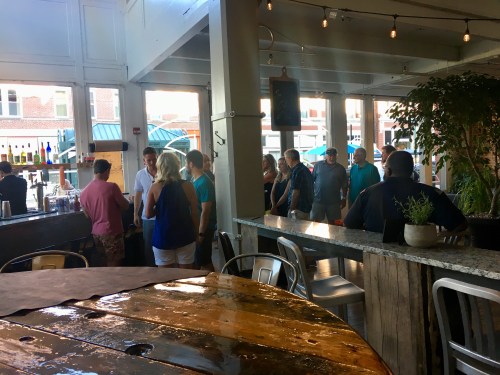 One thing surprised me a bit – there were no cops there! I guess that they were all at the Court Square National Night Out event, which would make sense, I suppose, since the precinct is on North Main now. I didn’t get a chance to thank any officers for their service.

National Night Out is the one day a year I get Jack Pirtle’s chicken without having to get in the car. Love those tenders I had last night… and especially that big cup of gravy for dipping! You know, it’s funny, for 25 years I thought Pirtle’s was just another corporate chain. In 2012, however, on the opening night of Double J, I met Cordell and Tawanda Pirtle, the current owners and operators of the business, son and daughter-in-law of founder Jack Pirtle. They are wonderful people and very involved in the community. We’re friends on Facebook where I frequently see them singing the praises of their employees who go above and beyond for customers. When you eat at Pirtle’s you are definitely shopping local.

Ghost River is brewing a new beer called Happy Herd IPA, named after the herd of bison that live in Shelby Farms. A percentage of the sales of this beer will be donated to the park. It will be released August 24, but they are currently taking pre-orders in the taproom.

Comma Comedians present 1, 2, 3, Comedy! at Local Gastropub tonight at 7:30. This is a bi-weekly Wednesday event.

The 2019 Memphis in May honored country will be announced tomorrow.

Speaking of Memphis in May, local BBQ team Porkosaurus tweeted yesterday that its new slaw sauce is now available on Amazon.

The Hive Collective opened yesterday in the pop-up space at 100 Peabody Place (formerly the Life Is Good space). The collective offers a combination of retail and a co-working space. There is 1700 square feet of space with 4G Wi-Fi in which you can work for $10 a day or $25 a week, with coffee provided by Vice Virtue Coffee, a design library, and a printer/scanner. Hours are Tuesday-Sunday 11 AM-7 PM, and there will be a grand opening party this Friday.

The Memphis Grizzlies Regional Caravan kicks off later this month with an August 17 stop at AutoZone Park for Grit and Grind Night. The caravan will then make stops in Little Rock, Jackson, MS, Birmingham, Jackson, TN, and Nashville later this month and into early September. Grizz, the Grizz Girls and the Claw Crew will be there, and the Jackson, TN and Nashville stops will feature Grizzlies guard/forward Dillon Brooks.

The Daily Memphian, the online newspaper by locals, for locals, is getting a home Downtown. The newsroom will operate out of a building at 254 Court Avenue.

It’s fantasy football time and Max’s Sports Bar is here to help. Have your fantasy league draft at Max’s and get a free draft kit plus 15% off your entire tab. Call 528-8367 to book.

Memphis Redbirds manager Stubby Clapp has been named the manager of the Arizona Fall League Surprise Saguaros. The Cardinals will supply prospects along with Kansas City, Texas, Pittsburgh, and Toronto. Play begins October 9.

Greenspace, the new owner of Memphis Park and Mississippi River Park, is looking to re-imagine the parks now that the Confederate statues are completely gone.

High Ground News has a good story about Harvest Creative, a branding firm in the Pinch.

A personal note about me: I am no longer with the company out in Germantown with which I started in March. We parted ways a couple of weeks ago. I signed an NDA so I don’t want to say more about it than that. They are a great family company that takes great care of their employees and provides a superior level of customer service. I sincerely wish success and growth for them in the future.

So anyway, I am once again looking. Here’s a link to my resume and I’m also on LinkedIn.