I’ll get to the news in a minute… but first, congratulations to my BBQ teammate Jeremy on his second plate at the Flying Saucer! 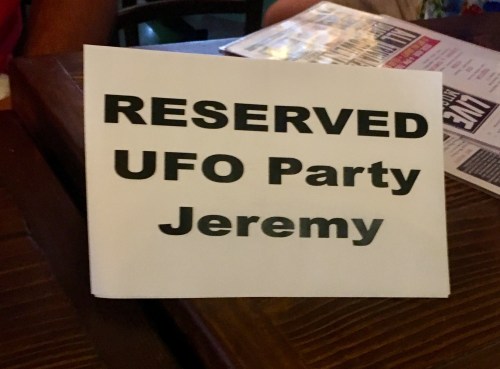 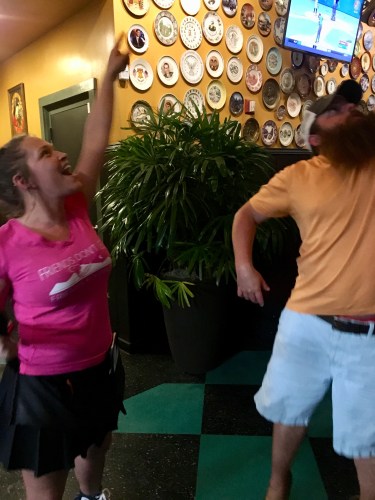 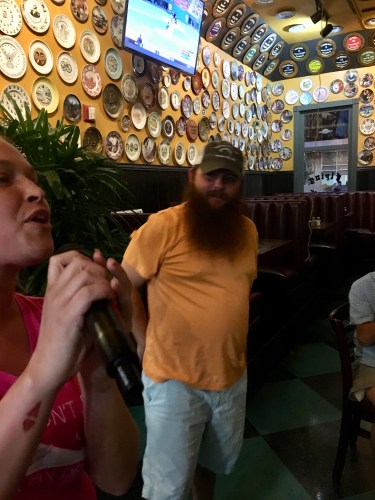 The Saucer has a UFO Club you can join. You get a card you can scan in the computer each time you drink a beer. Drink 200 different beers and you get immortalized with your plate on the wall – well, now the ceiling because space on the wall ran out long ago. The Memphis Saucer has over 1000 people in the Ring of Honor. 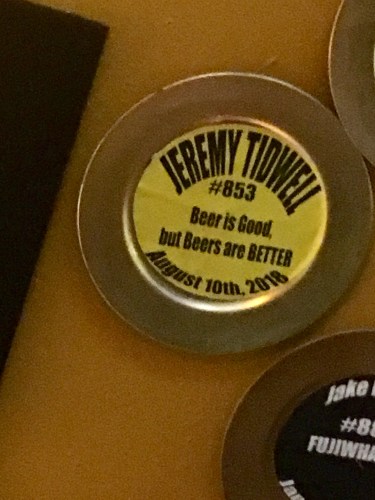 If you go through the 200 beers multiple times, you don’t get multiple plates. Rather, your plate changes color. Most plates are black, indicating one trip to the Ring of Honor. On the second trip, the color changes to yellow.

I asked Brandey who works there for a beer recommendation. 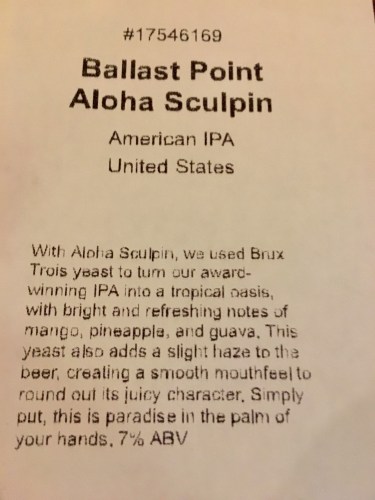 I wanted something with a lot of flavor that wouldn’t break the bank on Jeremy’s plate party tab, and Brandey had an excellent recommendation. 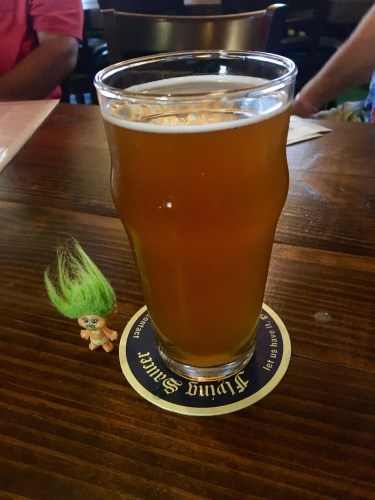 The Ballast Point Aloha Sculpin and Moody Ques Deputy Director Perjorie T. Roll. Deputy Director Roll was the team member who recruited Jeremy onto the team one Saturday morning at Bardog in February 2017.

Congratulations Jeremy on the second plate and thank you for inviting me to your plate party.

Later in the evening I ended up at Blind Bear where another BBQ teammate, Mary Ann, introduced the Deputy Director around. There were kisses.

Looking for a great charity to donate to? Check out the Orpheum’s Mending Hearts Camp. This is a performing arts camp for children who have experienced the death of a parent. Kids take acting, singing and dancing classes and create a final performance. Adults from the community who lost a parent speak to the kids, and professional counselors are there for small-group sessions.

Couple more Memphis in May 2018 facts that were tweeted yesterday: The economic impact the festival had on the city was $137.7 million. It all could not have been done without the festival’s 915 volunteers.

As your number one source of news and information about the Edge District, it’s my pleasure to link to this great High Ground News article about a stationery company moving to the neighborhood.

The Flyer’s Meghan Stuthard lurked at the Green Beetle and wrote about their Bushwackers, their ghosts, and their regulars.

Breakaway Running is inviting the public to their run departing from St. Jude and their after-party on Thursday, August 16. This will be a warm-up for the Breakaway Bardog 5K and Monroe Avenue Festival benefiting the children’s hospital.

Speaking of Bardog, I found a new use for Evernote. Sit near the jukebox, and when a good song comes on, notice the CD number and track number under Now Playing. Put them in Evernote for a future playlist.

The South Main Association will have their monthly meeting Tuesday at ArtSpace Lofts at 138 St. Paul. Learn about the space that houses 63 affordable live/work spaces for artists. There will be four speakers and appetizers will be provided by ArtSpace, The Arcade, and The Vault.

Nine Bird scooters were found vandalized and dumped in the woods.

A new sound system is coming to the Liberty Bowl along with improvements to the home locker room.