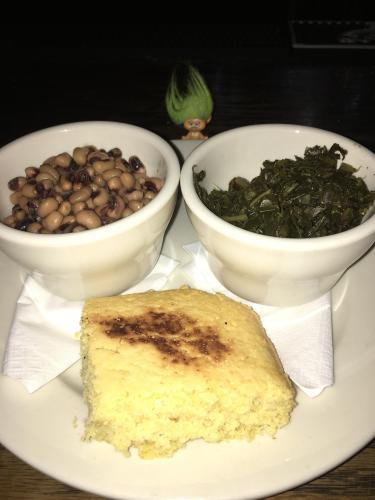 Outback Steakhouse posted the following yesterday: “The teams have been set! Team Bloomin’ Onion representing Mississippi State vs. Team Coconut Shrimp representing Iowa. The winning team determines which free appetizer with purchase on January 2nd. May the best team prevail.” Iowa won the Outback Bowl, defeating Mississippi State, so coconut shrimp it is. By the way, there was a discussion among a group of people I saw walk by the entrance to the King’s Palace Tap Room Sunday on the difference between a Bloomin’ Onion and an Awesome Blossom. A Bloomin’ Onion comes from Outback, whereas an Awesome Blosson  comes from Chili’s. I wonder if the Tin Roof on Beale has an onion blossom type of appetizer?

Crosstown Brewing Co. will have 2018 trivia tonight at 7.

In other local brewery news, Wiseacre will have a release party for three of its beers on Saturday, January 12. The beers will be Snowbeard Barleywine (22oz. bottles), Prank Calls to Satan Hoppy Black Ale (6pk. cans), and Gerty IPA (4pk. cans). Obruni Dance Band will perform a free show.

The date for the 2019 Harbor Town Dog Show has been set. It’s November 10, so you have almost a full year to get your pooch groomed and trained.

The Green Beetle has a part-time server position open.

Sad news: I just got an alert on my phone that legendary pro wrestling announcer “Mean” Gene Okerlund has passed away at the age of 76.

The Daily Memphian has an article on the new Hotel Indigo which is almost ready to open in the old Econo Lodge space on North B.B. King. Indigo is not a cookie-cutter hotel chain. The decor of each location is custom-designed to reflect the city. I bet they had a lot of fun assembling the Memphis location, given how much soul this place has.

Lifehacker has a suggestion to do a life audit using sticky notes for 2019. Are there people who actually do stuff like this? ‘Cause if there are, I don’t think I want to know those people.