Yep. Took a day off from blogging yesterday, as I expected I would. Yesterday I got up, showered, dressed, and was in my usual seat at Bardog at 8:30. I was happy to be there early on a weekday morning again, although I’m also happy I have a reason to not be at Bardog early most weekdays.

Memphis 83, NC State 78: I had to admit I had a fear going into this game that Memphis (especially without James Wiseman) would be exposed as not as good a team as people thought. However, they took care of business against the a caliber of team that the Tigers will see in the first and second rounds of the NCAA tournament. They got a bit sloppy at the end, their inexperience showing as they allowed NC State to cut a 19-point deficit down to 5, but they got the W and that’s what matters at the end of the day.

No one wants to see a teammate get suspended, but I’m sure Precious Achiuwa realizes Lady Luck dropped opportunity in his lap when the NCAA ruled Wiseman can’t play until January 12. Latest projections I have seen have Achiuwa going as the final lottery pick – 14th – in the 2020 NBA draft. NBA scouts are going to be watching to see if Achiuwa steps up between now and January 12. If he steps up, Precious might improve his position to, say, 9th. The difference between 9th and 14th in NBA rookie scale salary is about a million dollars a year. That’s a pretty nice incentive to give the Tigers his very best.

Memphis football controls its own destiny now: Yesterday, the announcers said several times that Memphis will advance to the AAC championship game with a win, or with a loss and a Navy loss. In next week’s game, there is no “or” scenario. If the Tigers win, they are without a doubt the best team in the Group of 5 conferences and will be invited to play in the Cotton Bowl. All the Tigers have to do is beat a team they already beat on their home field.

Do the Tigers still have a chance to get to the Cotton Bowl if they lose Saturday? I don’t think so. Both Memphis and Cincy would be 11-2 in that case and 1-1 against each other, but Cincy would hold the conference championship and that supposedly matters to the CFP rankings committee. Memphis would also have to worry about Boise State jumping both the Tigers and Cincinnati in the final poll.

I’ve been keeping up with bowl projections, and some analysts predict a Memphis-Florida matchup in the Cotton Bowl. That would be a hell of a game. Defeating a marquee SEC opponent would make the statement “WE BELONG HERE,” in a Big Six bowl, able to hang with a Power 5 conference opponent that, at least for a while, was in the conversation for a CFP slot.

I continue to hear that Arkansas has some interest in Mike Norvell as a head coach. As much as I love my Hogs, I hope that doesn’t happen. Norvell has built up too good a thing here at Memphis to leave now. I think he knows that too. Eventually a program will come along that makes Norvell an offer he can’t refuse, but Arkansas is currently too much of a shitshow for him to have a chance at building the program into a winner. I see Norvell eventually going to a program with a storied history in college football, but that just has not found a way to get past 7-6, 8-4 types of records in recent years. Maybe a school like Texas A&M or Oklahoma State.

As for Arkansas, I think they need to reach out to Bobby Petrino about coming back. If I were the AD I’d lay down the law with Petrino, and tell him he will be closely monitored to make sure he is not having affairs with any staff members. Add a clause in his contract that he can’t ride any motorcycles as long as he is head coach. But realistically, I think Bobby is the only one who can return Arkansas to its winning ways.

Another thing Arkansas needs to do is put out feelers about jumping to the Big 12 if they have any thoughts of expansion. As a former member of the Southwest Conference, the Hogs already have history with Texas, Texas Tech, Baylor, and TCU. Their basketball program has a lot of shared history with Oklahoma State via Eddie Sutton. Oklahoma and Arkansas have a couple of wild Orange Bowl battles under their belt. And besides, it’s not like strong ties to the other schools are even necessary to be admitted to the Big 12 (West Virginia got in somehow).

All right, enough rambling about sports… let’s get on to what little Downtown news I do have. Loflin Yard will have a Bluegrass Brunch Buffet every Sunday beginning tomorrow, from 11 AM to 3 PM. $22 adults and $12 for kids.

There will be performances of Harry Potter and the Chamber of Secrets in Concert today at the Orpheum at 2 PM and 8 PM. Tickets are $39.50-$77.50.

Deal Cancer Out happens today at 2 at Central BBQ Downtown. Play some tournament Texas Hold’em, eat from a BBQ buffet, and have a chance at winning some fabulous prizes. River Rat Rounders staff will be tournament directors ensuring everything runs smoothly.

Nick Jr. Live Move to the Music is at the Cannon Center today at 2, if you’re looking for something to do with the kiddos.

All right, I’ve still got a little time to kill before Bardog opens… y’all want to see some photos of a troll standing next to food? 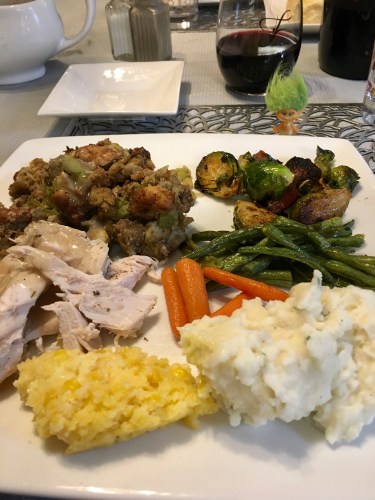 My friends Staci and Darin kindly invited me over to their place for Thanksgiving dinner and an afternoon of fun watching the Tigers. Of course the troll wanted to stand by the Brussels sprouts and the green beans because she likes foods that are the same color as her hair. 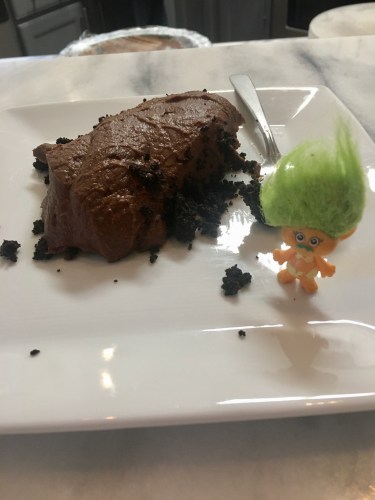 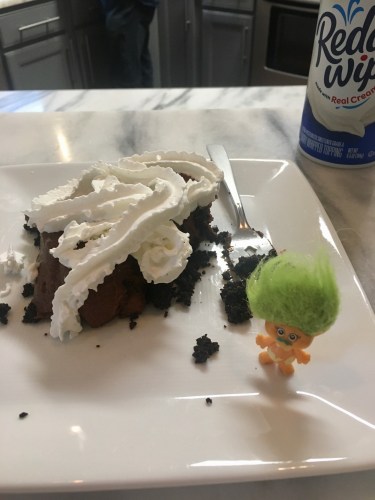 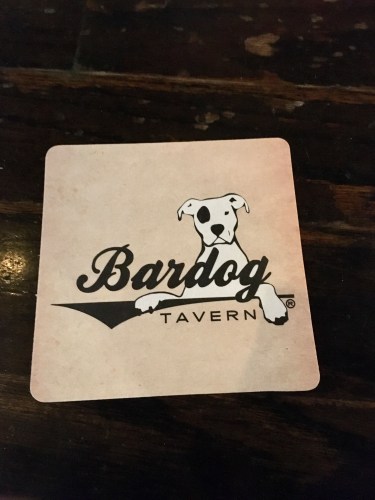 One photo without a troll or food in it. Bardog now has their own branded coasters. It is a pleasure to place my PBR on such a beautiful work of art! 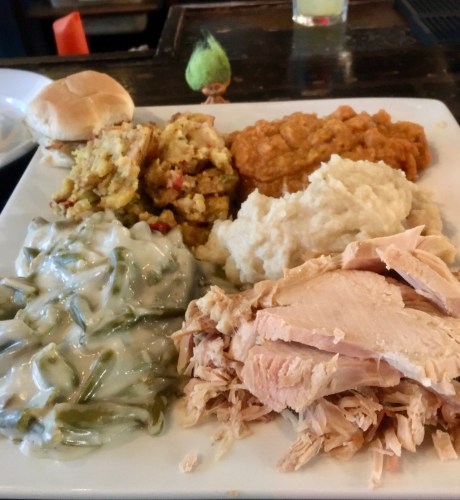 Bardog always has a turkey plate as its special on Thanksgiving Day… which makes the Friday after Thanksgiving one of the best days of the year, because every year they make too much food and end up fire-saling the turkey plate for Friday lunch. Can you believe I got this massive amount of food for only $15? I guess I could’ve rotated the plate around so the troll could stand next to the green bean casserole.

All right, time to get in the shower and get dressed and head to Bardog. My Bardog schedule will be interrupted the first two Saturdays in December – I don’t plan to be there at all on the 7th and only for a short time on the 14th. Today, though, I plan to stay a while. It’s Small Business Saturday and I plan to give myself the gift of PBR. Back tomorrow or Monday with more news.