Tennessee governor Bill Lee has announced that he will allow the state Safer at Home order to expire April 30 for 89 counties. Shelby is not one of those counties, but this development indicates that it is highly unlikely the house arrest in Memphis will last through July as some had predicted. The Memphis Restaurant Association has submitted a plan – not yet approved by Shelby County health officials – to reopen restaurants at 50% capacity, rising to 75% in two weeks and 100% in four weeks. The MRA would like to put the plan into effect May 1 but acknowledges it probably won’t be quite that soon.

From the Green Beetle:

It’s Monday and we’re back it taking preorders for this Friday the 24th!! We will be cooking up our famous burgers and catfish again as well as our whole wings. We will also have the Beetle Bakes favorite Swiss Roll Cake and bushwackers (with a food order) for curbside pickup.

We are taking preorders for lunch or dinner so shoot us a DM with your order, phone number, and preferred pick up time and we will be in touch! Pickup is available from 11-2pm or 5-7pm and we are offering discounts on bulk orders (10 or more). We are accepting cash, credit, or Venmo.

The available menu is:

Beetle Burger (w or w/o American Cheese) with house cut fries $10
Catfish Plate served with fries, BBQ spaghetti, and bread $13
6 Whole Wings with fries (your choice of dry Cajun rub or one of our sauces: hot, mild or honey gold. Your choice of ranch or blue cheese) $12
Homemade Swiss Roll Cake $35 (9” cake serves 8-10 and is simply amazing)
Add a Bushwacker to go $6 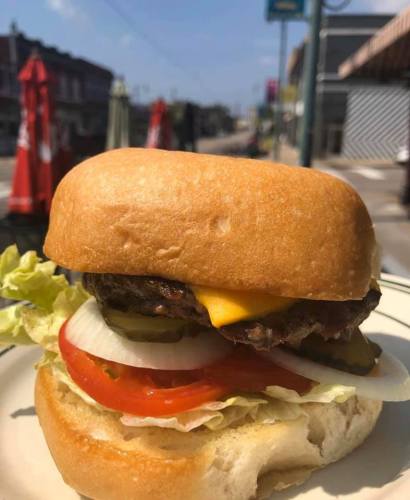 Stats site FiveThirtyEight discusses how to maximize the number of games played during a shortened Major League Baseball season: Bring back the dying breed known as the doubleheader. Twin bills accounted for nearly 30% of the games played between 1901 and 1961.

The folks at Memphis Made Brewing Co. recently shared their 3-ingredient bread recipe with the Commercial Appeal.

6’7″ wing Landers Nolley is transferring to Memphis to play with the Tigers men’s basketball team. He is considered one of the top transfers who will be required to sit out a year. It’s possible that year may be waived, however, by an upcoming NCAA vote. Memphis beat out two SEC schools in recruiting Nolley.

New email scam going around: Subject is “Electronic Payment Acknowledgement” and it appears to come from a domain that looks like “Accounts Payable” or Microsoft. If there is a PDF attached, don’t open it; it will install malware. Not sure how this is making it through spam filters.

Huey’s is charging a carry-out fee, but their heart is in the right place with it.

As we’ve been receiving more to-go orders, we’ve understandably received several questions regarding our 15% carry-out fee. Please know that 100% of these funds go to our employees in order to balance fewer hours due to our dining rooms closing and fewer customers. ❤️ Thank you! pic.twitter.com/6zPntXIqjv

I wonder if Huey’s sold more orders of their nachos than usual yesterday?

U.S. oil prices crashed below $0 yesterday. I wanted to bring an economist on as a guest poster to explain what that means. Unfortunately I don’t know any economists, so I decided to let one of the trolls do it. 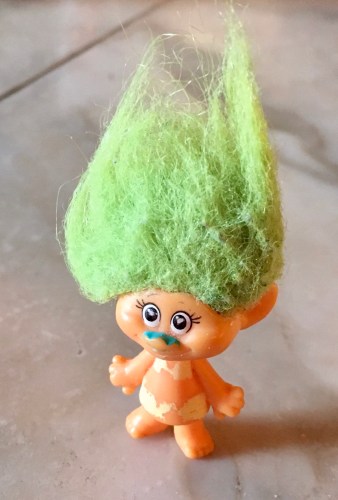 “You know how around Christmas, you hang mistletoe above the door? Well, imagine that you’re standing under the mistletoe, and you’re wearing a Christmas sweater that says ‘U.S. OIL PRICES.’ Except, the mistletoe isn’t really mistletoe, it’s the number 0.”

That will go down as the stupidest thing I’ve heard all day, as long as I don’t turn Fox News on.

Downtown businesses The Peanut Shoppe and Alcenia’s were on the news yesterday.

Cerrito Trivia will host Malco Movie Trivia online from 7:05-8:30 PM Saturday. April 25.  Gather your team via Skype, Google Hangouts, FaceTime, in person, or however you want to do it. Click the link for complete details on how to compete.

Late last night there were reports that North Korean leader Kim Jong-un was in grave condition following surgery early this week. Kim is only in his mid-thirties, so if he has kids, the fourth generation of Kims are too young to succeed him.

That’s it for now. Back later today or tomorrow.