Now that I’ve had a little time to study it, I have to say that I am a big fan of the Back-to-Business Plan city and county mayors and health care officials drew up. Loosening (or tightening) the restrictions is based on the data, not a hunch someone has. A person, you can disagree with, but you can’t disagree with data.

A little over a week ago I was surfing Twitter, and a prominent Memphian was speculating that we should just bite the bullet and resign ourselves to being under house arrest until August 1. “UGH.” I thought at the time. I couldn’t imagine not being out with my friends for months. Yet if August 1 is indeed the amount of time that passes before we get to Phase 1 of the plan, I can take comfort in the fact that it was dictated by data, not an opinion.

On the other hand… let’s say that the data says we can enter Phase 1 earlier… just to pick a random date, let’s say May 22. If that’s the case, I will know that I can, at that point, go out and support my friends’ small businesses, while feeling reasonably comfortable about the safety of my own health and others’.

I really like it. It’s a system that takes away people’s ability to complain. It takes away the anger, and I have seen plenty of that on social media, especially Twitter. Some of the preachy, lecture-y, on-their-high-horse tweets I have seen the past month about COVID-19 have made me long for the days when Facebook got its panties in a wad because someone mentioned a Baconator on a group meant to promote locally-owned restaurants.

WMC-TV Action News 5 will hold a Road to Reopening Town Hall tonight at 7 PM. Click the link if you want to submit a question to mayors and medical leaders.

Interesting thought that just crossed my mind… what would this quarantine have been like had we elected Mongo rather than Strickland?

Memphis Made Brewing Co. is teaming up with 98.1 The Max and the Ajax Distributing Company to support hospitality industry workers affected by the COVID-19 pandemic in Memphis. They are packaging some of their Fireside beer in special 98.1 The Max cans, with a portion of every sale going to a Memphis hospitality workers GoFundMe set up by Edible Memphis. 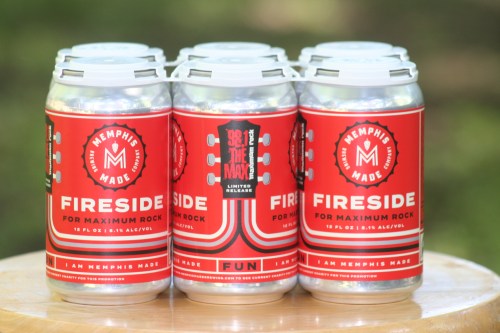 Be sure to listen in at noon and 5 PM, when the radio station will highlight the beer in a “Let’s Toast a Maximum Rocker” segment.

Yowie wowie! During a public health crisis, the last business I would expect to see making cutbacks is a hospital, but that’s what’s happening at Methodist-LeBonheur. They are furloughing employees and executives are taking pay cuts.

Max’s Sports Bar is extending its hours offering to-go food and beverages. Effective immediately they’ll be open 11 AM-9 PM Sunday-Wednesday and 11 AM-midnight Thursday-Saturday. Glaze posted that they will do a shrimp and crawfish boil again Saturday and as soon as I see the pre-ordering Facebook thread I’ll post a link.

Broadway trivia comes to Facebook Live this Friday, courtesy of the Orpheum and Cerrito Trivia.

Test your knowledge on all things Broadway by joining us and our friend @cerritotrivia on Friday, May 1 at 7pm for Broadway Trivia on Facebook Live! ✨Prizes will be awarded to the first, second, and third place teams. Get the details here: https://t.co/aXNmYo20kD pic.twitter.com/TH9960dPi9

The West Memphis entrance to Big River Crossing has been re-opened and is accessible 6 AM to 10 PM. The Big River Trail in Arkansas is still closed due to river levels.

The coronavirus could spell the end of buffets. The linked article is from The Daily Mail, a  UK publication, but it’s relevant on this side of the pond too. I sure would hate it but it’s the right thing to do. When I worked in Horn Lake, I would go to the Chinese buffet next to Target all the time. Where else you gonna get egg foo yung, a cup of blackeyed peas, pigs in blankets, and sushi for one low price?

Tweet from one of my favorite authors that I found worthy of copying into the notebook I keep by my computer:

As long as you are worried about what others think of you, you are owned by them. Only when you require no approval from outside yourself can you own yourself. pic.twitter.com/VtjGWl5uha

Free e-book I saw on Twitter this morning that may be of interest to those of you in journalism: Verification Handbook for Disinformation and Media Manipulation. Topics include social media, recognizing bots, false information campaigns, deepfakes, messaging apps, and tracking actors across platforms.

This weekend would have been Memphis in May. The weather tends to get weird that weekend; I decided to pull up climate data for Memphis in October and see what we could be in for, for the rescheduled dates of October 16-18.

Today is taco Tuesday! So here’s the special…. $10 for breakfast tacos and a pina colada. #sunrisememphis #open901 #choose901 #ilovememphis pic.twitter.com/qOOMVMEUxz

A face mask resolution is on the agenda for City Council today. Originally set to require face masks when Memphians go out in public, it will now strongly encourage business to require all employees to wear masks while working. The resolution would not be binding and therefore would not result in a fine for violators. Thanks to my neighbors who had an extra mask and left it outside my door Friday!

Auto B Grillin, a team that competes in BBQ Fest, spent all last night cooking to feed 350 families in need today. 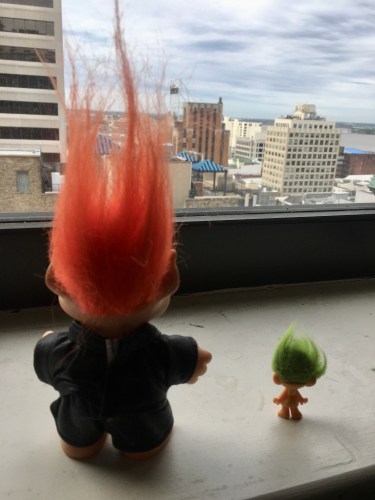 The trolls are ready to get back out in the world.

That’s it for now. Back later today or tomorrow with more news.