I want to start off with a cheap but delicious food hack I discovered over the past week. Go to Walgreens and get you a package of these for $1: 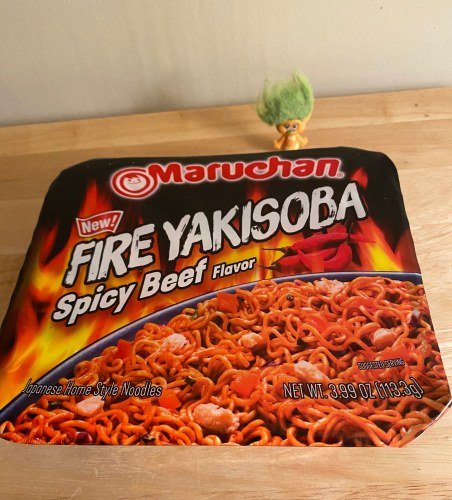 These are microwave Ramen noodles with the usual packet of carrots and peppers and stuff, and then a packet of spicy hot powder. However, if you mix the hot powder in with the cooked noodles, it will set your tongue and your throat on fire. Too hot… for noodles.

So, here’s what you do. Buy the noodles, set the spice packet aside, mix in the carrots ‘n stuff, and use whatever other seasonings you want to make the noodles palatable. I have a can of Tony Chachere’s seasoning so I shook a bunch of that on the noodles. Eat those and save the spice packet, because we’re about to put it to good use.

Now what you do is, you go buy four cans of Hormel Chili. I find that brand of chili to be rather flavorless and boring, but you shake in a quarter of the leftover spice packet from the noodles and stir it all up good… man, that is some of the best chili I’ve ever had.

As my friend Tex would say, follow me for more recipes!

COVID-19 numbers are looking really bad right now. The Shelby County Health Department reported 404 new cases yesterday. COVID Act Now reports 32.8 new cases per 100,000 in Shelby County; Harvard advises stay-home orders when the number is above 25. R, the reproduction rate, is at a staggering 1.25, and the positivity rate is back above 10%. I hope the health department can maintain its “laser-like focus” and target individual venues that are hotspots of disease spread, rather than institute a third wave of mass shutdowns of certain businesses by type (such as bars).

We will hear what they have to say at the noon COVID-19 task force press conference. Follow the City of Memphis on Facebook and pull up their page at noon to watch along.

In French Fort news, The Daily Memphian reports that the transformation of the former Marine hospital into apartments with river views is almost complete.

Once again, I have a problem with WREG’s Manhunt Monday piece, which this week profiles a man who was gunned down “downtown just a couple of blocks from his home.” A street sign at Fourth and Gaston is shown. Gaston is an east-west street that runs two blocks north of McLemore Avenue and about 6-7 blocks south of E.H. Crump Blvd. which is generally considered Downtown’s southern boundary. Stop implying that my neighborhood is unsafe to try to score ratings!

WREG is the same station that reports car accidents “downtown on I-55 near the Third Street exit.” Just because a street runs through Downtown does not mean that every single block of it is a Downtown street.

From Local 24: Alcenia’s is making it through the pandemic with the support of its extended family. Go visit the family restaurant on North Main in the Pinch District for some amazing soul food.

That’ll do it for this post. Back tomorrow with more news.