I tuned into the Shelby County COVID-19 task force press conference yesterday, and oh boy, things did not sound promising. 835 cases, from test dates ranging from November 11 through yesterday, were reported yesterday. According to a report in the Daily Memphian, that swells the 7-day rolling average of new cases to 402.

Michigan and Washington reimposed strict restrictions on businesses over the weekend to fight COVID, and yesterday Gov. Gavin Newsom of California did the same for 40 counties. That brought the question, “Will restrictions be reintroduced to Shelby County?” Health Department Director Dr. Haushalter’s response was to look at the tripwires in Health Directive No. 14. So let’s do just that and see where we stand.

Restrictions will be reimposed if

Now we’ve heard from the task force that the tripwires are not joined by an AND, or an OR. They are taken as a universe of criteria, and other external factors can be considered as well. Two external factors play an important role.

David Sweat, the assistant director of the health department, said that contact tracing has found that transmission is most likely to occur in three settings: Gatherings of friends or non-household members, gyms, and restaurants. The common denominator is that masks tend to be off in all three. As for restaurants, he said it wasn’t a case of identifying clusters at particular restaurants, but just a general trend linking dining in to spread of COVID-19.

The second external factor is that Thanksgiving is next week. That’s a holiday that leads to many gatherings outside people’s households. Also, many people (myself included) don’t cook at home and dine out at restaurants – and, as I mentioned, Thanksgiving Eve is traditionally one of the biggest party nights of the year.

So, the Health Department could glom on to the 19.9% case positivity rate, declare that a wire has been tripped, and shut things down in tomorrow’s press conference. Or, they could take a wait-and-see approach over the weekend – but announcing a shutdown the week of Thanksgiving could be a financial burden to the restaurants, who would have already put food orders into their distributors to cover the holiday period.

My best advice to my readers? Start coming up with a Plan B for Thanksgiving, just in case they do go ahead and shut it all down tomorrow.

If you’re on Twitter and don’t already follow independent Shelby County COVID data analyst James Aycock, do so now. He usually releases a mid-week data analysis update on Wednesdays and I will be very interested to read his take later today. Nobody (except a few people on Facebook) really wants us to shut down sectors of business again, but it’s looking inevitable.

Look what I found at the Silly Goose yesterday! 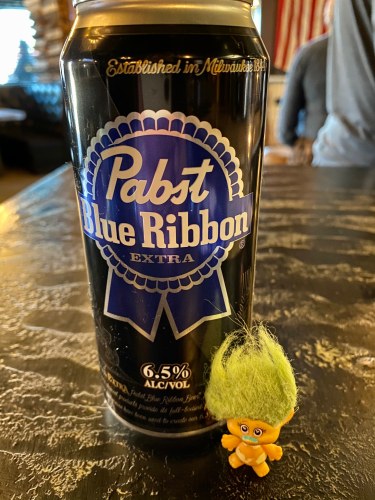 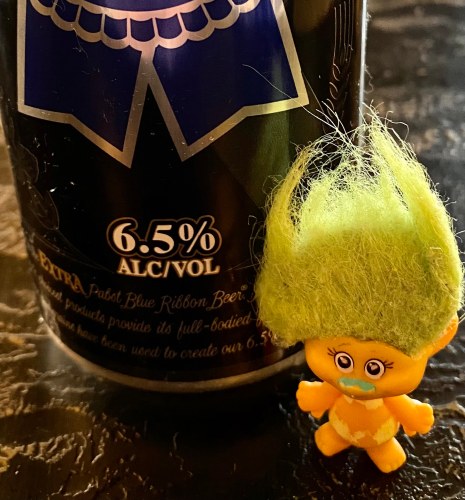 PBR Extra is Pabst Blue Ribbon’s high-alcohol beer, the Pabst equivalent of Bud Ice. It clocks in at 6.5%, 1.5% more than the standard PBR. At first, Extra tasted just like regular PBR to me, but as time went on I began to notice a sugary aftertaste, similar to that of Jolt Cola, screaming, “This is really bad for you.” I couldn’t finish the second one. I will switch back to regular PBR today. There’s about a case left, so get by the Goose while they still have it.

Jeannette is polling her customers on whether to open the Blind Bear regular hours on Thanksgiving for those who won’t be spending the holiday with their families. As long as it doesn’t inconvenience any employees I would be all for it. To me, that would be spending Thanksgiving with family.

In other Blind Bear news, they have hoodies for $35. Most of the first print batch is spoken for, but if you’re interested in one, let Jeannette know and maybe they’ll do another run.

NBA trade season is getting interesting… James Harden declined his $50M/year extension with the Rockets yesterday and appears to be headed to the Brooklyn Nets to join Kyrie Irving and his former teammate Kevin Durant. Daaaamn that’s going to be a superteam. I must say it will be a relief to have The Beard out of the Western Conference and therefore farther removed from the Grizzlies.

The NBA draft is tonight and the Grizzlies have the #40 pick. Grizzly Bear Blues has a draft roundtable.

Action News 5 has a sneak peek at the new Renasant Convention Center. The goal with the new center is to host more than one 1000-1500 person convention at a time. That’ll bring badly-needed dollars to the Downtown economy.

Sad to hear that Tommy Pacello, an enthusiastic developer in the Memphis Medical District, passed away from pancreatic cancer this week. Pacello had a hand in such projects as Boxlot and the Tennessee Brewery revival. He was also on MATA’s Board of Commissioners.

That’s it for now. Off to work, then I will get out and enjoy Memphis’ restaurants while I still can – although I will do it safely, social distanced and with my mask on whenever not at my table. Back tomorrow with more news.