If you’re a fan of Blues City Donuts but not a fan of driving to get them, I have some great news – on Saturdays and Sundays, you will be able to get Blues City Donuts at Walking Pants Curiosities on G.E. Patterson Avenue. They say they’re going to carry the yummy butter rolls and all.

Friday is Grizzlies Night at AutoZone Park as the Memphis Redbirds take on the Cincinnati Reds’ Triple-A affiliate, the Louisville Bats. Here’s a list of what will be going on that evening: 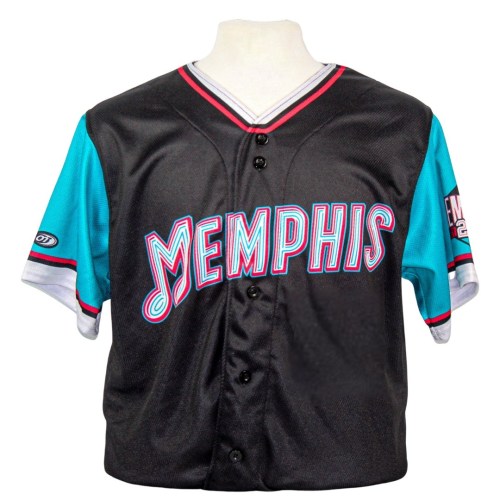 How ’bout those Arkansas Razorbacks, who gave the Texas Longhorns a warm welcome to the SEC with a 40-21 loss Saturday in Fayetteville? Texas is the big dog in the Big 12 and before that the big dog in the Southwest Conference – but in the SEC, the ‘horns are going to be just another school that’s lucky to eke out a 7-5 record.

Sugar Grits is expanding their hours. They will now be open 8 AM-10 PM Monday-Saturday and 8 AM-8 PM Sunday. So they’ll be open for dinner 7 days a week and they’re adding some new dinner items. They’ll also have their full breakfast menu all day.

What’s Cooper-York Fest, you ask? It’s an event Memphis Made Brewing Co. runs yearly in its taproom and parking lot, the same day as Cooper-Young Fest. It has live music, food trucks, and of course, great craft beer, yet it has a more intimate feel than the crowded madness that is Cooper-Young Fest. I applaud the Memphis Made folks for wanting to keep their customers and employees safe from the pandemic.

I’m extremely disappointed in my alma mater this morning. An incident of racial hatred on campus should have been handled by the administration swiftly and decisively. Do better, Rhodes.

For my fellow wrestling fans: BIG E!!!!!! There’s your dominant babyface champion in the mold of Hulk Hogan, The Rock, and John Cena. Please don’t screw this up, WWE… if you have E lose the title to 54-year-old Goldberg in 14 seconds at the annual SuperShow in Saudi Arabia, I will never watch your shows again.

That’s it for today. Sorry for the earlier post saying I wouldn’t be posting for a couple of days. I hadn’t found my energy yet. I need to remember not to let the way I feel at 8:30 in the morning define how I feel all day.

Back when I have enough news to warrant another post. Maybe tomorrow, maybe Thursday.