There will be street closures in the South Main district Tuesday, April 3 at 12:00 AM through Thursday, April 5 at 12:00 AM. The closures are to set up a border for a safety zone for the MLK50 festivities on the grounds of the National Civil Rights Museum. The boundaries will be Second on the east, G.E. Patterson on the south, Main on the west, and Talbot on the north. The main program for MLK50 will be Wednesday, April 4, the 50th anniversary of the death of Dr. King, from 8 AM to 6:30 PM. There will be speakers, music, dance, and spoken word on a large stage.

Artist Chris Reyes, his partner Sarah Fleming and their two small children have lost their court battle to remain in their home for the past 25 years at 1 South Main. They were forced out by the new owners of the Madison Hotel, who want to take over the space. Madison owners: Do not expect coverage of events held at your facilities in this blog anymore. You did wrong by good people. You’re going to find that Downtown is a tightly-knit community, a village within a big city. This kind of thing does not play well here.

You have four days left to buy tickets for Tour de Grizz 2018. This is a special ticket that gets you a ticket to the Sunday, April 8 Grizzlies game vs. the Detroit Pistons, a 1.5-mile bike ride to FedExForum with fellow Grizz Fans, and a tour T-shirt. There will be live music and entertainment from noon to 1 PM at the Tennessee Welcome Center, 119 N. Riverside Drive. At 1:15 the bike ride to FedExForum will commence, with an escort by MPD for riders’ safety. There will be special Bike Valet Parking for the riders at the arena. Tip-off is 2:30, and following the game there will be a bike ride back to the welcome center. Riders must be at least 10 years old and provide their own bike and safety equipment including helmet and lights. All fans attending the game (Tour de Grizz or otherwise) will receive a free Grizzlies poster.

The Grizzlies host the Portland Trailblazers at FedExForum tonight at 7. Portland point guard Damian Lilliard will miss tonight’s game, having flown home for the birth of his child. The Grizz have their best chance for a two-game winning streak in quite some time.

A portable recording booth called Truth Booth will be set up at Memphis Park Tuesday, April 3 from 2 to 6. This is the public’s chance to have their voices amplified as they share their thoughts, ideas, dreams and truths about anything that inspires them. The DMC sought advice from the National Civil Rights Museum on the most appropriate place to locate this booth. The booth will have a second stop in Memphis Friday, April 6 3-6 PM at RedZone Ministries in Orange Mound.

The Memphis Flyer has an article on big changes at the Riverfront Development Corporation including a new leader, a new name to be rolled out later this month, and a new business plan.

Got a piece of major Downtown brunch news that I am holding until Sunday morning. Make a note to check back at that time. This will not be an Easter or April Fool’s Day announcement. Hmmm… wonder if any parents will not put out Easter baskets and tell their kids “the bunny didn’t come” as an April Fool’s joke? That’d be pretty funny. Good way to save some money on candy too, and possibly dentist bills. 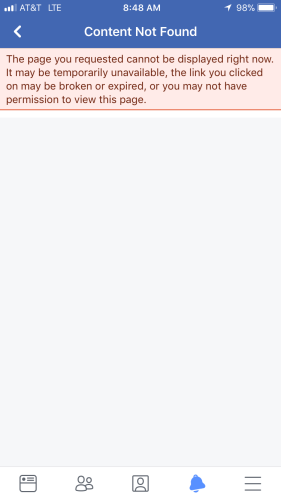 No new Germantown lunchtime discovery to tell you about today, because I returned to the Indian buffet yesterday. Well, I did discover that they change up some of the dishes on the buffet daily. Goat vindaloo for the win! BAAAAAAA!

Trump is starting a trade war with China. Statistics site FiveThirtyEight has built a trade war simulator that will give you a sense of what it takes to win a trade war.

That’ll do it for now! Back tomorrow.